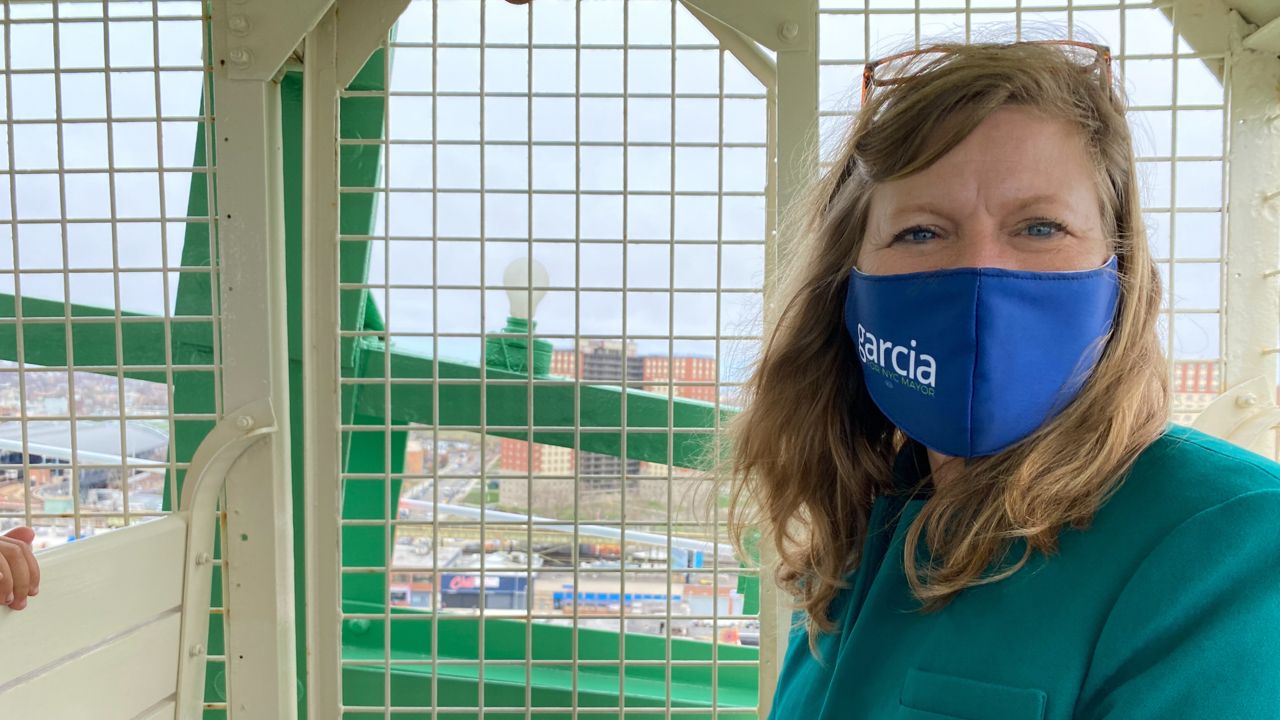 ‘I disagreed with the current mayor’: Why candidate Kathryn Garcia wants to take on the city’s top job

Democratic mayoral candidate Kathryn Garcia considered a run for the city’s top job prior to the pandemic, but it was the coronavirus crisis, she said, that solidified her decision.

Garcia served as sanitation commissioner, and was appointed “food czar” by the mayor early in the pandemic. But she said she didn’t agree with how things were being run, so she sought to do it herself.

“During the pandemic it became very clear to me that who is mayor really matters. It matters about execution, and it matters about priorities,” Garcia, who announced her run for mayor in December, told NY1 Tuesday.

“I disagreed with the current mayor about whether or not we should do certain strategic things like make sure sanitation is fully funded,” she said. “And so I stepped away because the city really is in a crisis, they need a crisis manager. They need someone who understands how government works, so that when you walk in on day one, you can hit the ground running.”

She had kinder words for de Blasio’s predecessor - Michael Bloomberg.

"I don't have a particular favorite,” Garcia said when asked if she had a favorite mayor. “I do have a lot of respect for Mayor Bloomberg, and I worked in his administration, and the focus on data, and having policy that's driven by the numbers."

Garcia said her administration would focus on bringing the city back from the devastation of the pandemic and ensuring opportunities for all New Yorkers.

“This is really about being strategic with our capital budget and incentivizing folks to also be making the same kinds of commitment to the climate, not only because it means we will have a greener New York City, but it also will improve our own health now,” Garcia said.

She said while there will be upfront costs for efforts like electrifying school buses, it’ll reduce energy use by 25%.

“These are long-term investments that make the city more livable, make us healthier and actually are cheaper in the long run,” said Garcia.

“We have to save our mothers,” she said.

Garcia’s appearance on “Mornings On 1” is part of NY1’s series of ongoing interviews with leading candidates for mayor.