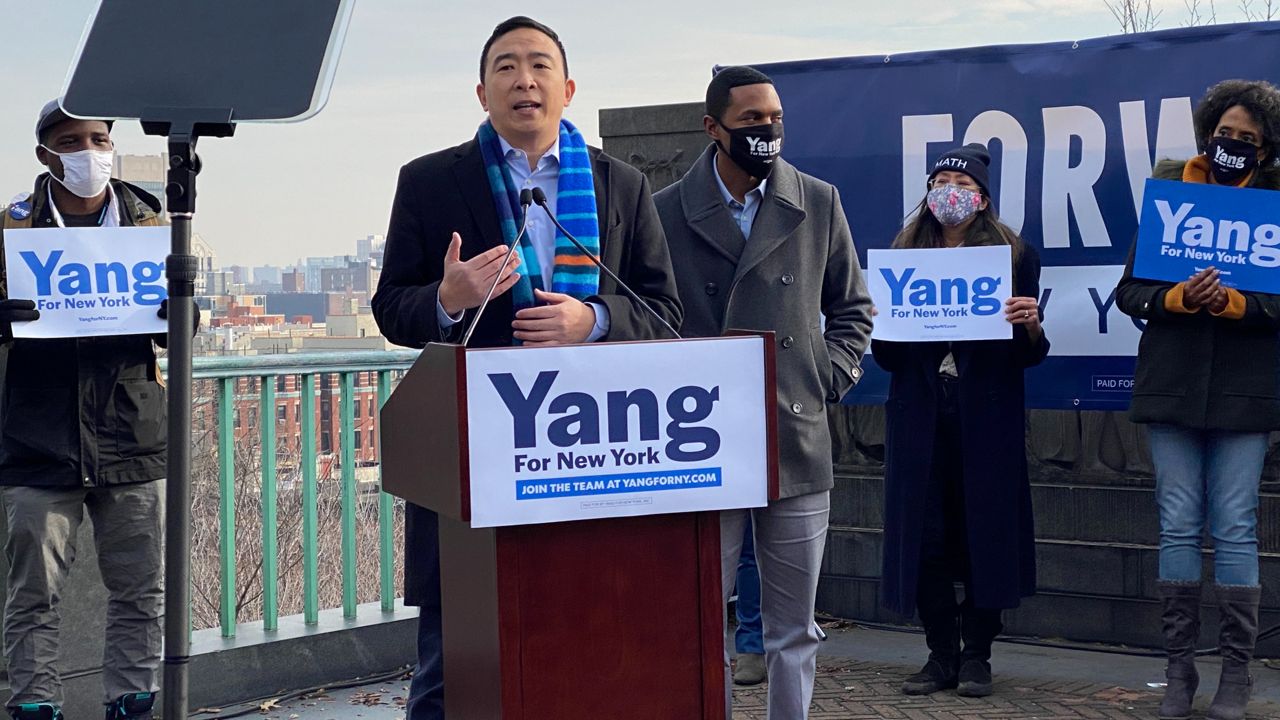 Andrew Yang greeted New Yorkers as a mayoral candidate in the same enthusiastic way he greeted them as a presidential candidate.

The Manhattan tech entrepreneur seeks to bring his energy, innovation and outsider’s appeal to a different race in a very different time.

“The fears for our future that caused me to run for president have accelerated since this pandemic started,” Yang said.

His top policy priority is still a basic income, though not a universal one and scaled far back from his federal plan.

He proposes giving New Yorkers living below the poverty line at least $2,000 per year — the program projected to cost at least $1 billion in city money and to require additional private-sector funding.

But he begins his bid facing questions about his commitment to New York City.

In his tour of four of the city’s five boroughs, he was asked how he’d convince someone to vote for him, if his own history shows he’s never cast a ballot for any city race.

“In a way, I’d be the perfect person to do that because if approximately 87% of New Yorkers haven’t voted in a city election, I have a feeling it’s something like I’ve felt over a number of years where we’ve taken city government somewhat for granted,” he said.

And Yang explained his widely attacked defense of the amount of time he and his family spent at their second home in upstate New Paltz during the pandemic.

He had told the New York Times of being in a two-bedroom apartment while working from home and remote-schooling two kids: “Can you imagine?”

“I think very, very deeply and painfully about what families are going through in this time, every single day,” he said, adding that the Times quote was taken out of context.

Yang later challenged anyone who might question his New York credentials to do so “to my face.”