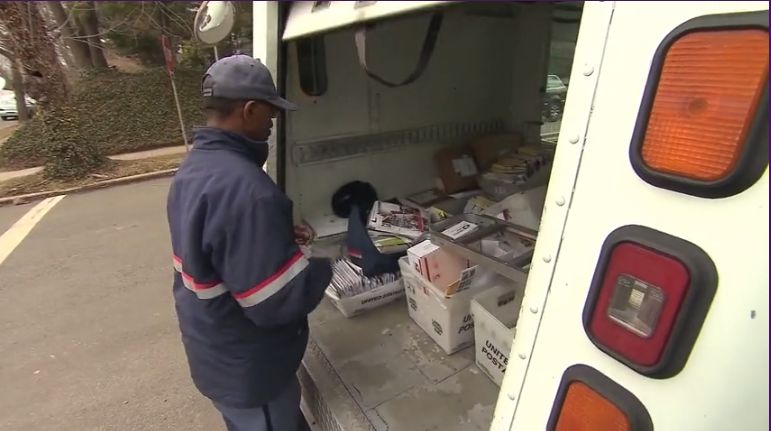 “Postal workers are risking their safety to continue delivering mail during the COVID-19 pandemic,” said Rep. Moore in a statement to Spectrum News. “The United States Postal Service (USPS) is part of our country's economic engine, and a top employer of veterans that provides career opportunities that bring Americans into the middle-class. Despite Trump's antics, I will continue fully supporting funding the USPS."

The president up to this point has been flexible about federal aid funds but is drawing the line at USPS.

He says he will block any COVID-19 spending addressing the agency’s troubles until it cracks down on companies like Amazon.

But folks on the ground don’t see it that way.

Paul McKenna, the Milwaukee chapter president of the American Postal Workers Union, in a phone call said shipping e-commerce goods is less of a fiscal problem for the industry especially considering the larger-than-normal volume their workers are seeing during this pandemic.

Instead, he’s concerned about existing laws like the Postal Accountability and Enhancement Act of 2006 have become huge money drains on post offices.

Rep. Moore brought up that bill during an interview on MSNBC last week.

More than just a bail out from Washington, workers say they’re now looking for postal reform.

“Pass a bill that’s fair to the post office and whats right for the American people,” said McKenna. "But it needs to be done because we can’t keep running into deficits year after year and then the deficits were made through Congress. If it wasn’t for that bill, like I said, we’d be doing fine.”

Congress negotiated around $10 billion in loans for USPS in the CARES Act but was struck down by the White House.

Democrats are renewing their calls for support for the agency in the next round of aid but it’s unlikely the president will be moved without assurance of a price hike for e-commerce shipping.​