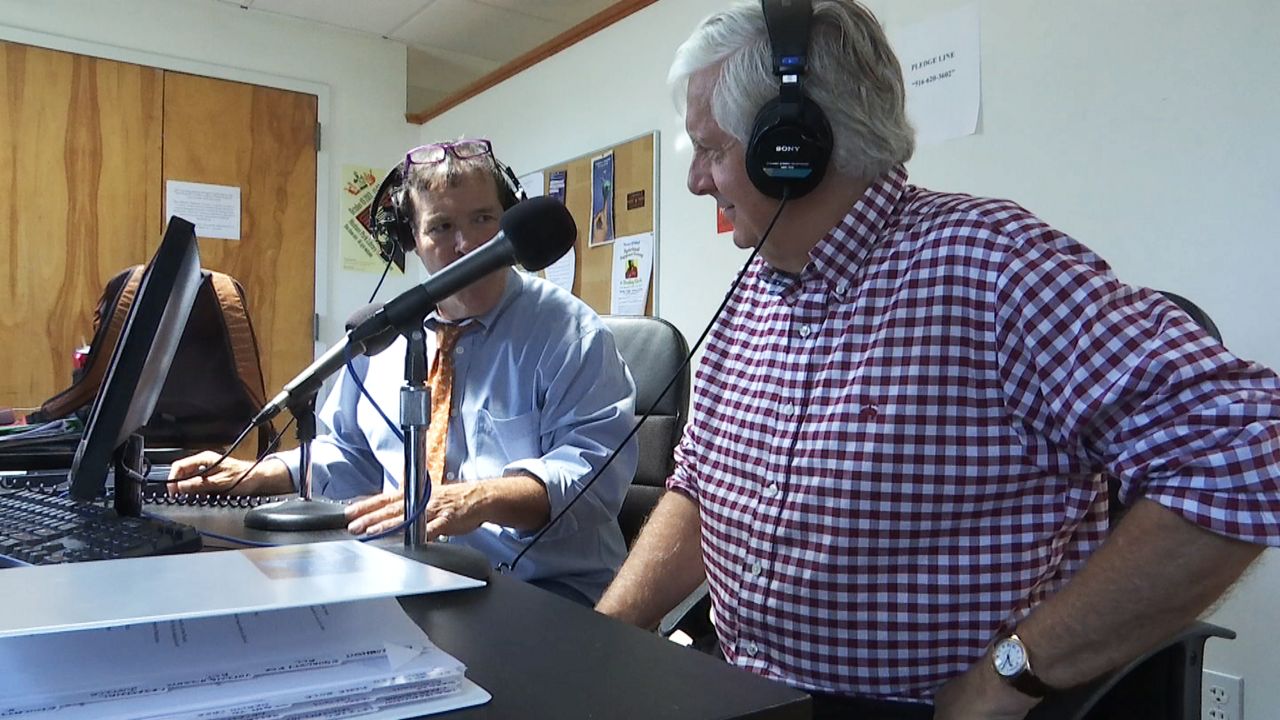 A file image of the inside of the WBAI radio station in Brooklyn. Zack Fink/NY1.

End of an Era: Radical Station WBAI Shuts its Doors, Possibly for the Last Time

Employees at WBAI woke to some bad news Monday morning: the longtime station was being shut down by the Pacifica Foundation, the nonprofit organization out of California that owns WBAI.

Engineer and host Reggie Johnson learned of the news while on his way to work.

Employees and volunteers lingered outside the WBAI offices on Atlantic Avenue in Brooklyn Monday afternoon, sometimes arguing with one another over what went wrong.

Jay Smooth is one the preeminent voices on hip-hop culture. He got his start hosting a show on WBAI in the 80s called The Underground Railroad.

"It is so heartbreaking to hear this news. I am one of many people who gave decades of my life to this institution," he said. "Tried to sound the alarm about mismanagement, turning it into a shadow of itself, while all of us volunteer producers tried to stay true to our progressive mission."

"As unsurprising as I'd have to say it is, it's just heartbreak to see it reach this point," Jay Smooth added. (A file image of a WBAI radio station. Zack Fink/NY1.)

Some were not surprised by this development. WBAI has a history of lockouts and strikes.

.@WBAI locks out staff, and some fear this could finally be the end of the station at the center of progressive politics in this City for decades. We talk to @drgarynull @jsmooth995 and ( of course ) @Credico2016 ⬇️

People who work there insisted they will continue fighting keep WBAI on the air.

"They want to just break up the network because we are a radical voice in New York," former WBAI board member Mitchell Cohen said.

Reached by phone, health guru Gary Null, who has probably raised more money for WBAI than any one person in its history, says he believes the Pacifica Foundation is setting the up station for a sale, and the license alone could yield more than $50 million. Null went on to say that, historically, the problem has been that the Pacifica Foundation has chosen ideology over competency when it picked the WBAI management team.