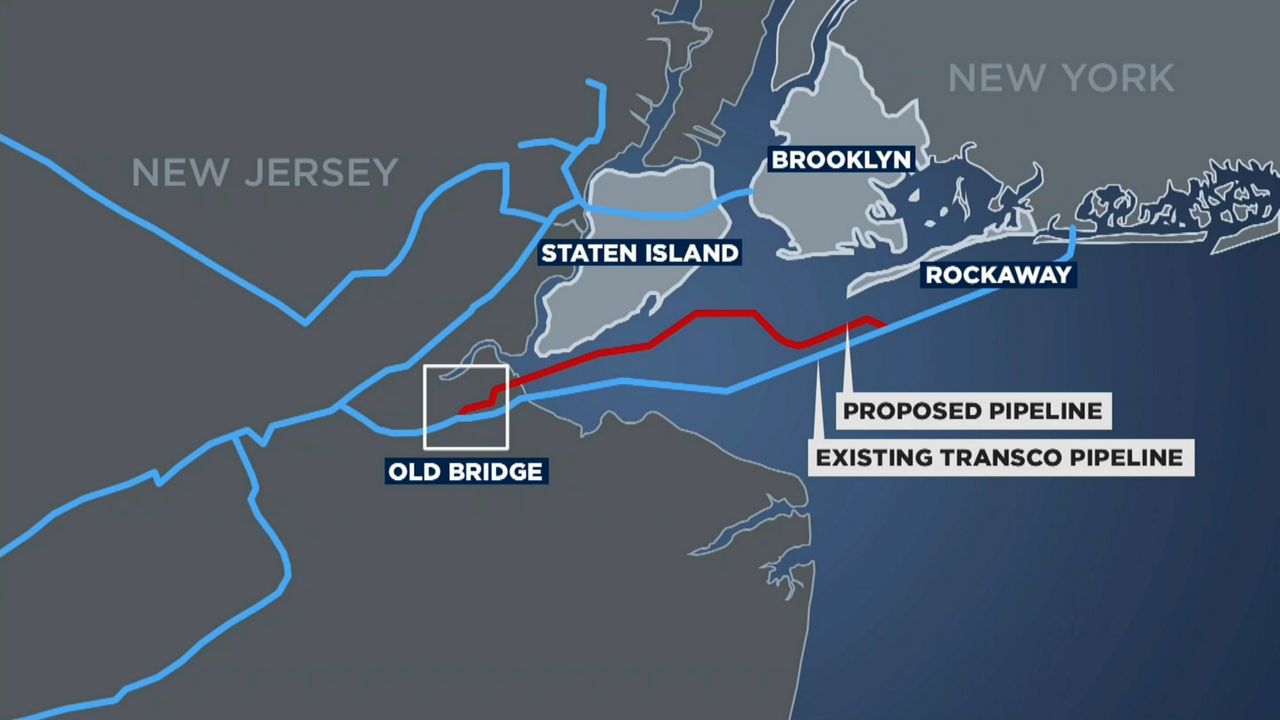 Controversial Williams Pipeline Could Still be Built Despite Rejection

The Williams Pipeline may still have a future in New York Harbor. In May, the Cuomo Administration denied a permit to build the controversial natural gas pipeline, but allowed the company to resubmit its application, which is currently pending.

Opponents say the project should be killed once and for all.

"This pipeline would be absolutely catastrophic for the harbor. We are talking about trenching a pipeline under the harbor. 100 percent fatality rate for species down there," said Robert Friedman of the Natural Resources Defense Council. "Not to mention that we are in a climate crisis and we cannot afford to continue to build out fossil fuel infrastructure left and right."

But energy needs must be met. And right now, National Grid, the utility that requested the pipeline, has put a moratorium on supplying natural gas power to businesses on Long Island and parts of Queens and Brooklyn.

"Right now, there is not enough supply for them to commit to a firm gas supply connection for their business," said Kevin Law of the Long Island Association.

Gov. Andrew Cuomo recently committed to a major renewable energy project that will result in wind turbines being built off the coast of Long Island. But that won't be completed until 2024, and supporters of the pipeline say natural gas was supposed to be an interim solution as a bridge from oil to renewable energy.

"This will probably be the last gas pipeline we have to build in our region," Law said. "We need it. We need it now. We can't wait five years for all these renewable projects to come on board."

In 2017, Cuomo announced a major economic development project at Belmont Park, which will include a new arena for the New York Islanders NHL team. According to an environmental impact statement, without the Williams Pipeline, that project may now include a huge propane tank to provide energy to the arena. That would result in higher emissions than natural gas.

"It's not just propane that we have to rely on; it's also other kinds of energy. And it's clean energy," Friedman said. "The Belmont Park actually has an opportunity to be a beacon of clean energy, of sustainability, and of resilience."

New Jersey must sign off on the project as well. Last month, the administration of Gov. Phil Murphy also rejected the pipeline, but like New York, allowed the company to resubmit. A final decision from both states is expected next month.