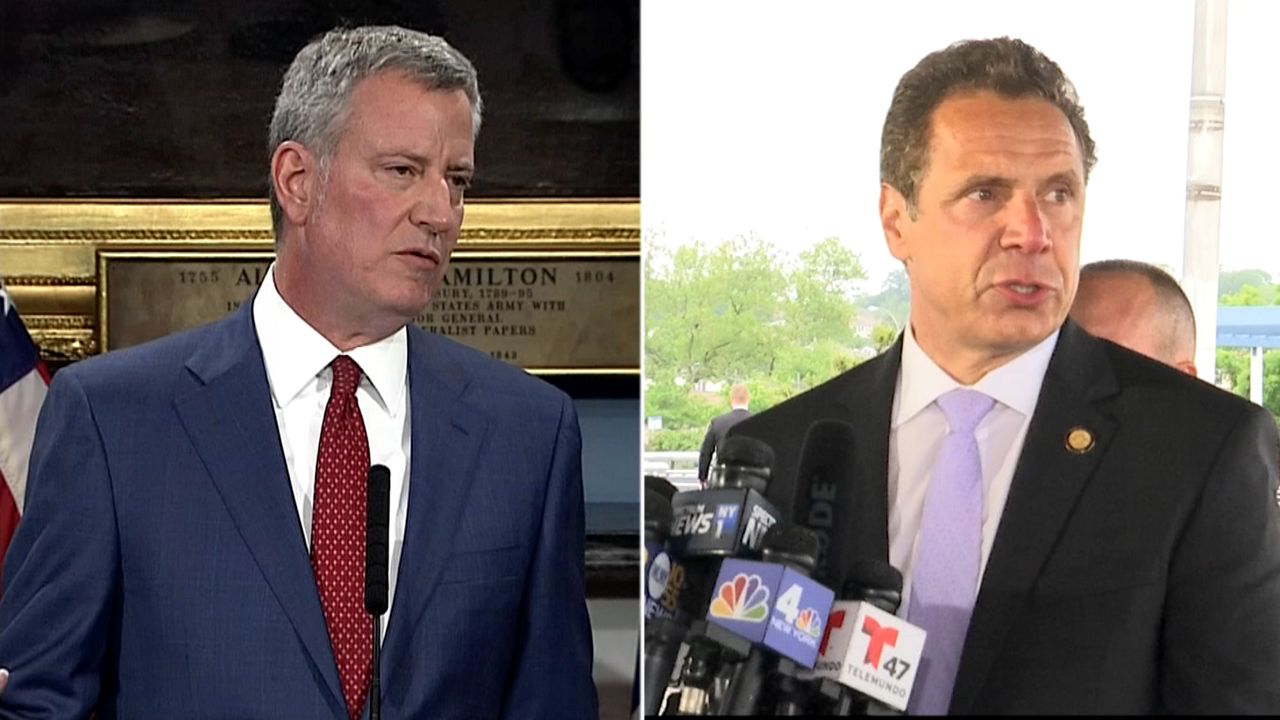 Cuomo Declines to Use Power to Suspend de Blasio as Mayor

In three separate media appearences on Monday, Governor Andrew Cuomo was asked a variation of the same question about his one-time rival, Mayor Bill de Blasio: Will he use his emergency powers as governor to suspend the mayor from office?

That was the case outlined in a front-page editorial in the New York Post, which said de Blasio needs to be relieved of his responsibilities as mayor immediately for campaiging in Iowa, while the blackout unfolded.

While Cuomo certainly indulged that question being asked, he stopped far short of pledging to take action against the mayor.

"I'm not prepared to do that," Cuomo said. "I understand their point. When the mayor said he was running for president, I think that is when the issue was realy joined."

You have to go back to 1932 the last time a sitting governor attempted to remove the city's mayor from office. Then-Governor Franklin Roosevelt was seeking the Democratic nomination for president, and there were calls for him to remove Mayor Jimmy Walker over a corruption scandal that even involved a murder. Walker resigned before he could be removed.

Cuomo says people would have to demand it in this situation.

"If the people of the city of New York conclude that the mayor cannot both run for president and be mayor, then they will make their voice heard," Cuomo said.

The process for removing a mayor is less than clear, with the governor having the legal authority to suspend a mayor for 30 days, but not much is written beyond that in terms of how to remove them, beyond outlining a vague process.

Cuomo was critical of De Blasio, mostly by pointing out that he handles things differently as governor.

"People want to see their leader on site, in charge, in control, and it makes people feel more confident, which is very important because in these situations, chaos is the problem," the governor said.

"The state Republican Party re-upped its call for de Blasio to resign as mayor while running for president. The party also sent out a petition asking New Yorkers to sign if they are fed up with de Blasio being out of the city campaigning. Of course, that effort might actually help the mayor stay put.