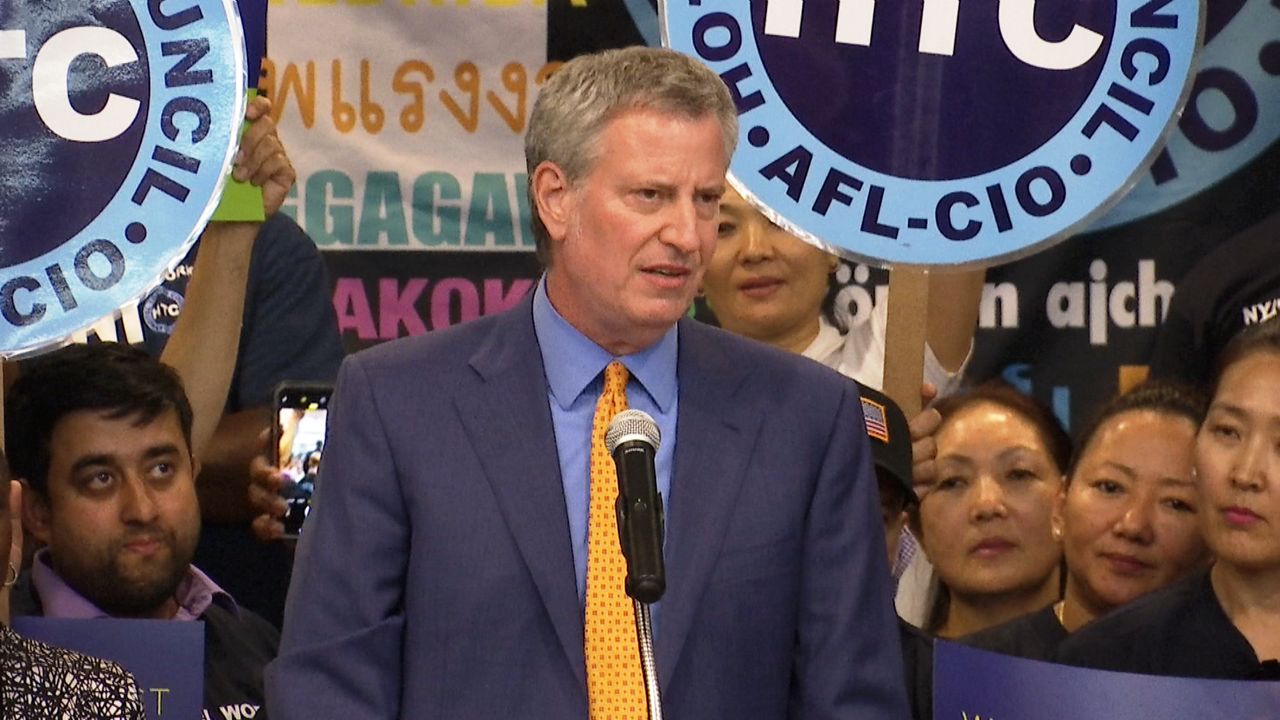 Mayor Bill de Blasio's underdog presidential campaign got its biggest boost yet on Wednesday: the endorsement of the city's hotel workers' union.

The nod is big for the mayor, who could use it to help curry favor with other unions across the country. For instance, in Las Vegas, the affiliate union is particularly powerful.

"I am ready to be the nominee that will get under the skin of Donald Trump," de Blasio said.

For years, de Blasio has enjoyed the powerful support of the hotel workers. His cousin once ran the larger parent union, Unite Here.

Not surprisingly, de Blasio has adopted positions to their liking, like taking on the home sharing website Airbnb.

"And he's fought back and pushed back against Airbnb every single step of the way, and he continues to do it, and that's what a friend is," said Peter Ward, president of the Hotel and Motel Trades Council.

Up until this point, the mayor's presidential ambitions had not received much support. Last weekend, he was endorsed by the mayor of a town in South Carolina with a population of 13,000. Perhaps this will help the mayor get noticed.

He also attempted to take on the Democratic frontrunner, Joe Biden. Biden's continued support of the Hyde Amendment is making waves among progressives. That amendment basically prohibits federal funding from being used for abortions.

And when it comes to supporting American women on issues like repealing the Hyde Amendment, @JoeBiden is Dr. Jekyll.

"We sent out a tweet and we flipped our meaning, so I am going to correct our tweet. When it comes to protecting the rights of American women, Joe Biden is not Dr. Jekyll, he is Mr. Hyde," de Blasio said.

It appears de Blasio will keep up the pace of this campaign. He is planning to spend the weekend in Iowa.