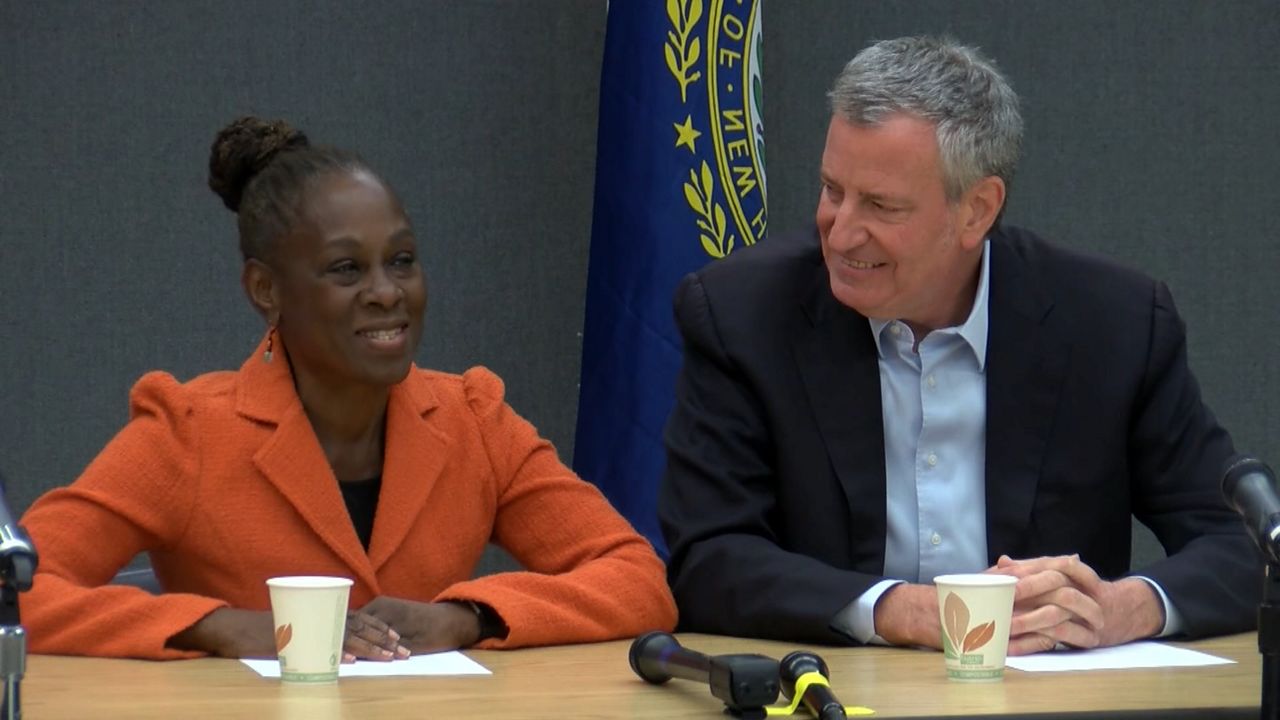 If De Blasio Does Run for President, Expect to Hear a Lot from NYC's First Lady

If Mayor Bill de Blasio takes the plunge and runs for president, his wife, First Lady Chirlane McCray, is sure to have a high-profile role in his campaign.

"This is how we roll," McCray said.

The couple traveled across the early primary state of New Hampshire this weekend, demonstrating how such a partnership might look in a presidential campaign.

"I'm going to turn now to our first lady. My job today is to introduce her," the mayor said at one event.

At a roundtable event, McCray was center-stage, talking about her mental health initiative, Thrive NYC, which has faced criticism in recent weeks. Her husband, the would-be candidate, was in a supporting role.

It was McCray's personal ties to the Granite State that were mentioned repeatedly during the visit. Her mother grew up in the town of Claremont.

"The last time I was here was around just before my mother died," McCray said. "I'm guessing 2006, 2007, sometime around then. The house, we kept it in the family for a long time,"

She and the mayor stopped by the yellow house with reporters in tow.

"We came up here many summers," McCray said. "We'd have family gatherings."

While political spouses often take a turn on the mic, the mayor and first lady made it clear that whatever comes next would feature them both, not just the mayor as a candidate.

"We've shared a devotion to social change our entire life. As I've said, in our wedding vows, the minister included in his remarks: he said, 'As you search together for meaning and purpose.' That was literally part of our wedding ceremony," de Blasio said. "This is a shared mission. And the only way we've ever wanted to do it is together."

And as for that decision about whether to actually run for president, it's one de Blasio says they will make together as a family.