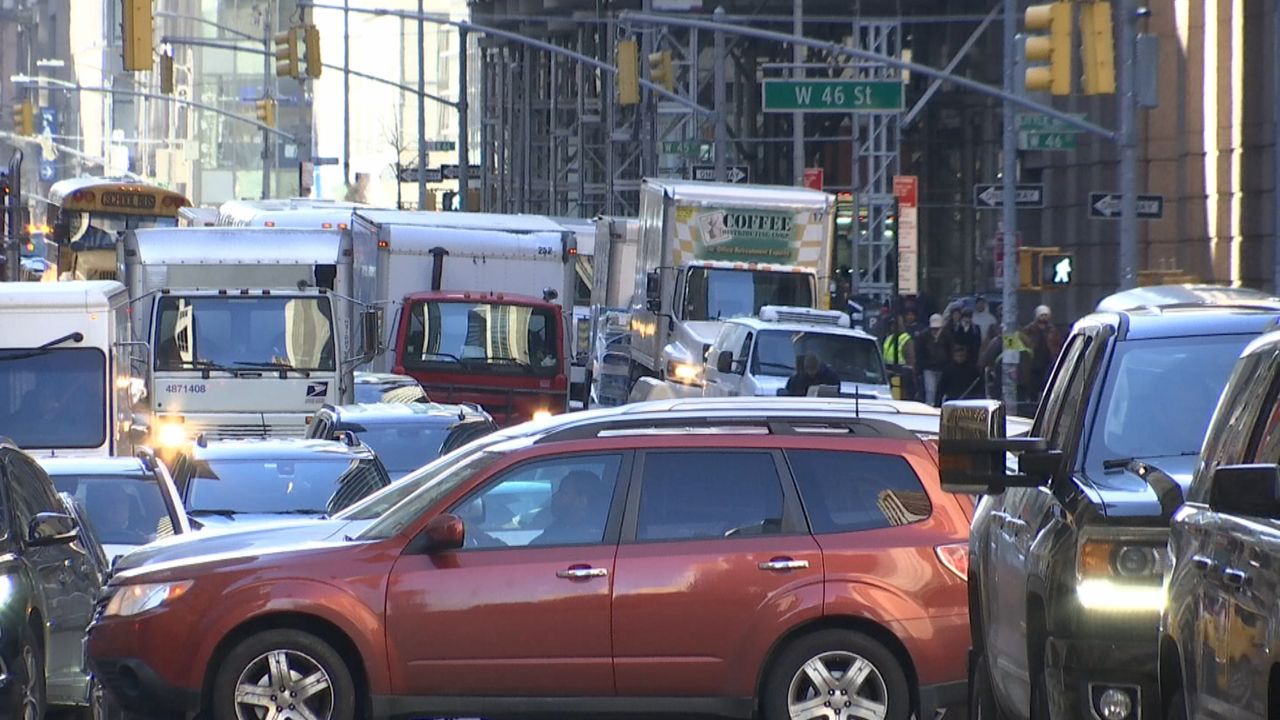 For the big rollout of Gov. Andrew Cuomo's congestion pricing plan, the governor gave a speech last month at an event for the Association for a Better New York.

Under the governor's plan, motorists would be charged a fee to drive into Manhattan below 61st Street. While making the push, the governor said that relatively few city residents who live outside Manhattan are driving into the borough to get to work.

"Only a fraction of New Yorkers commute by car into Manhattan. If you look at the percentage of the people from Brooklyn who commute in, it's 1.3 percent. Queens 2.2, Bronx 1.9, Staten Island 2.3," Cuomo said.

When we asked the governor's office to verify those statistics, we were told they came from the U.S. Census Bureau.

The Census Bureau compiles raw data about how people commute. And it has raw data indicating the destination for that commute. But it does not aggregate the data on its own.

Julie Iriondo, a public information officer from the U.S. Census Bureau told us, "We don't do flows. We can show how many people drive, but we can't break down destination."

The Cuomo administration says it came up with the statistics by analyzing those two different sets of data from the Census Bureau.

In a statement, a spokesperson told us, "By combining these two data series, we determined what modes of transportation are used to commute into Manhattan."

But those numbers don't tell the entire story; people drive into Manhattan for any number of reasons besides work. That includes appointments, meeting friends, shopping, or visiting museums.

The Cuomo plan is to create a new six-member panel that will set the prices at a future date. While some see this as a better alternative than setting the prices themselves, other legislators want to know what the tolls will be before they vote on them. Meanwhile, the clock is ticking. Supporters and opponents of the plan believe that it will either live or die with the passage of the state budget, which is due by the end of the month.