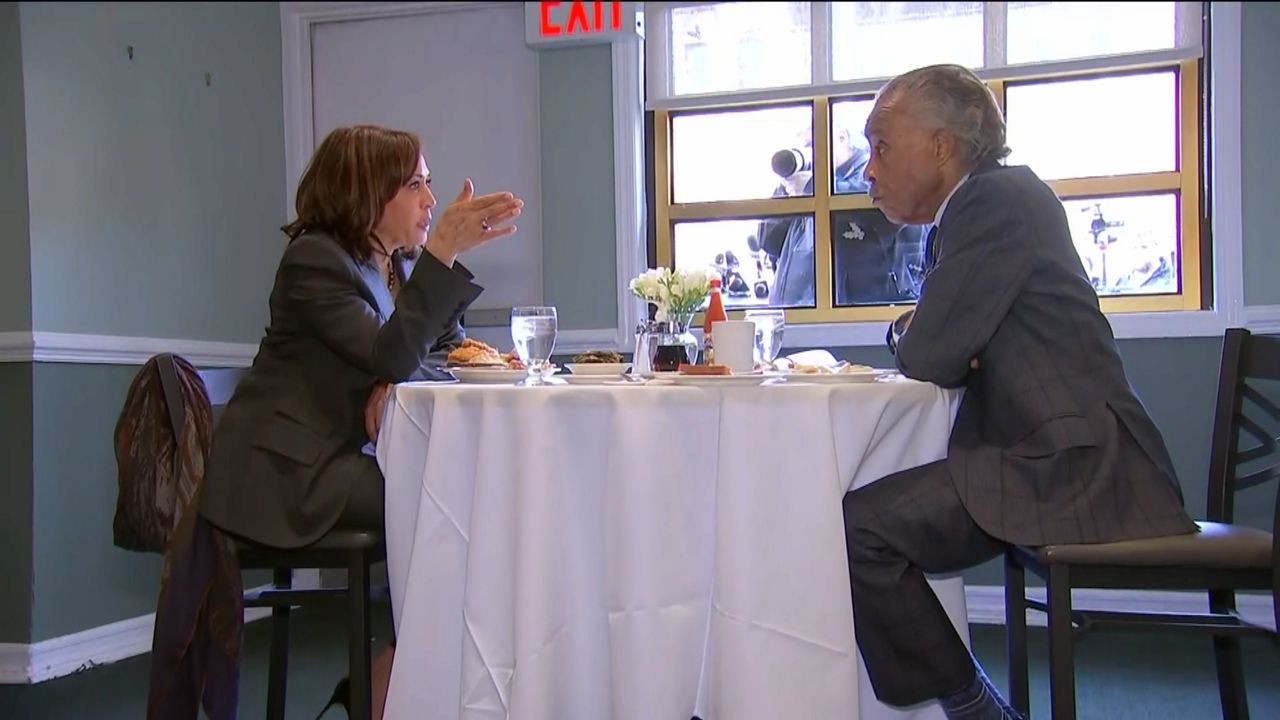 Kamala Harris, the California Senator running for president, told the Reverend Al Sharpton she wanted to visit Sylvias in Harlem. So the reverend delivered.

Their 30 minute meeting comes weeks after Harris announced her run for the White House, joining a crowded field of Democrats challenging President Donald Trump in 2020.

A visit to Sylvias has become somewhat of a presidential candidate tradition. In 2016, Vermont Senator Bernie Sanders made the trip just hours after beating Hillary Clinton in the New Hampshire primary. Former president Barack Obama also made a stop.

"I told her this was special because I've taken then-candidate Barack Obama here and I showed her the picture and ironically they ate the same thing," Sharpton said.

Harris did not speak to the media or to the Harlemites who gathered outside. But residents said they were happy to see her visit the community.

"It's important that she's coming to Harlem, I know she won’t have the same turn out that she had in California, 20,000 people, but we're here, we're happy to have her here she's always welcome," said one local.

"I'm happy that she came out to Harlem, to see the culture, sit down with Rev. Al Sharpton... but all the candidates need to sit down and see what the African American community thinks and what we're going through as far as poverty and things of that nature," said another.

Harris is part of a crowded field of Democrats running for president. Although she did not get the Reverend's endorsement, she is the first one to visit Sylvia's.