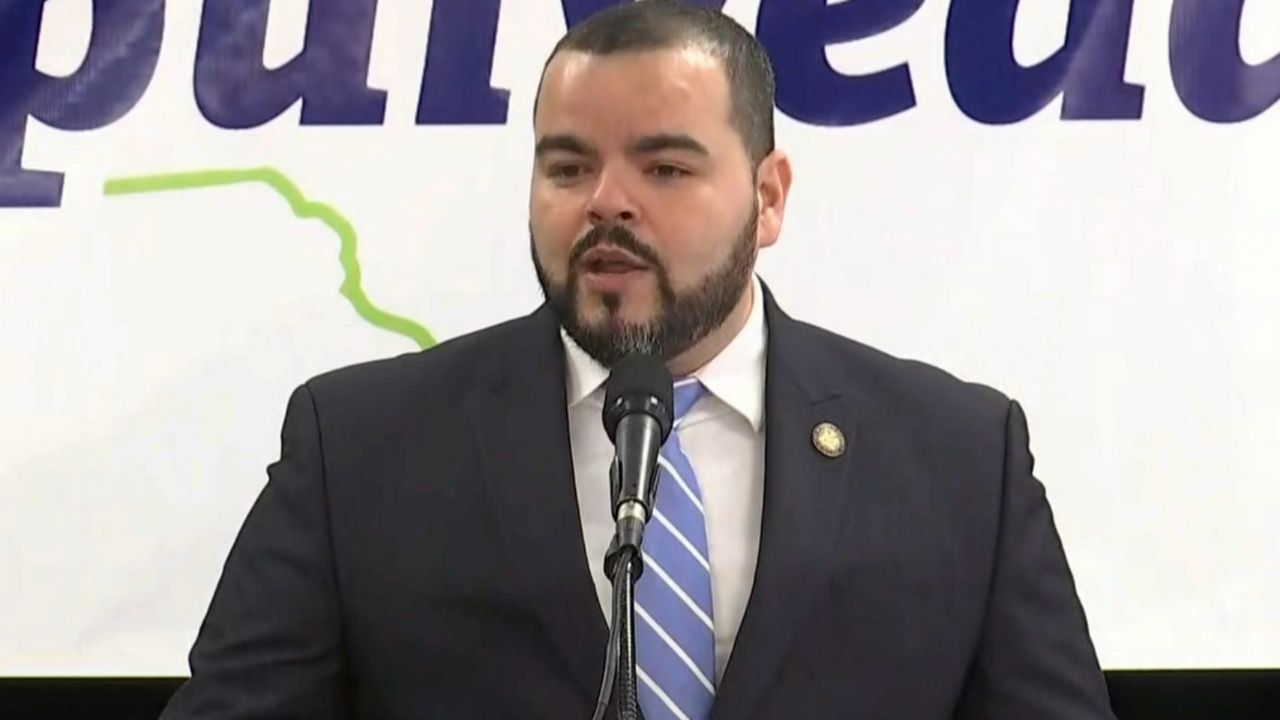 Assemblyman Marcos Crespo of the Bronx will co-chair historic sexual harassment hearings scheduled to be held in Albany next week, despite a socially conservative voting record that has caught the attention of some critics.

Crespo voted against same-sex marriage in 2011, and he once sponsored a bill requiring parental notification for abortion. He has also voted against women's reproductive rights almost every year, including just a few weeks ago when the legislature passed the Reproductive Health Act to codify Roe v. Wade at the state level.

Erica Vladimir, who says she was a victim of sexual harassment in Albany, helped push for the hearings.

"I think every lawmaker should be supporting women, and that includes reproductive rights," Vladimir said. "Assembly Member Crespo definitely needs to take some time to listen to women and learn how to empower and lift up women, not just across the state but especially in civic life."

Crespo is not only the chair of the Labor Committee in the Assembly, but he is also the powerful chairman of the Democratic Party in the Bronx. It's an organization that has been accused of blocking women candidates who don't hold Crespo's more conservative views.

"While they don't discourage you, they do make an effort to undermine your campaign and sometimes keep incumbents in that don't have the interests of the South Bronx at heart," said Ramona Ferreyra, a Bronx community organizer.

Crespo is a disciple of Bronx Councilman Ruben Diaz Sr. a staunch opponent of abortion and LGBTQ rights.

Six different women in the Bronx who are connected to the Bronx Democratic organization either wouldn't speak to us on the record, or agreed to speak to us but then backed out after having what they described as "conversations" with Crespo's organization.

We received this text message from a woman who initially agreed to speak with us: "hey zack. we can't do it. it would get both me and my family member fired. financially we can't afford the backlash. that's how powerful he is - he can make a call and get us both fired."

This is the text message from another woman connected to the Bronx Democratic organization who agreed to speak to us but then backed out after having what she described as "conversations" with Crespo's organization: "I feel that it is not very inclusive, and they also have very antiquated views. So the more progressive your platform, the less likely you are to have support," Ferreyra said.

Crespo declined to comment for this story. We also reached out to Bronx Borough President Ruben Diaz Jr., who did not get back to us. Diaz is looking to run for mayor in 2021, and he is the son of Councilman Diaz.