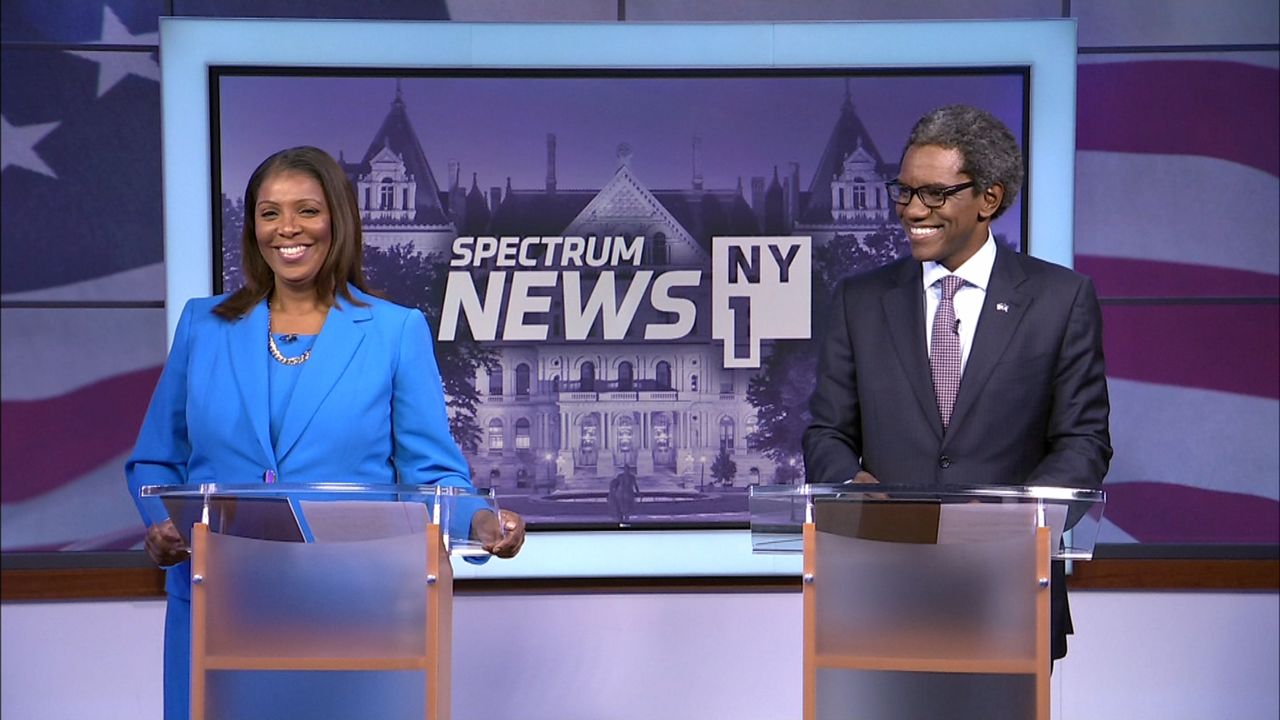 Democrat Letitia James and Republican Keith Wofford, the leading candidates for one of the top legal positions in the country, face off on Spectrum News in their only live televised debate before Election Day.

The statewide office has significant power and frequently draws national attention. The attorney general is the top lawyer for New York. The job entails defending state laws and the executive branch in court and bringing cases on behalf of New York's citizens. The office also has significant investigatory powers, especially when it comes to organized crime, fraud, civil rights, and the environment. It's currently held by Barbara Underwood, a longtime public servant who was appointed by the legislature in May to replace Eric Schneiderman, who resigned after multiple women accused him of physical assault.

James is currently the New York City public advocate. She won a four-way primary in September to secure her party's nomination.

Wofford is a private practice attorney who specializes in bankruptcy and creditors rights. This is his first run for public office.