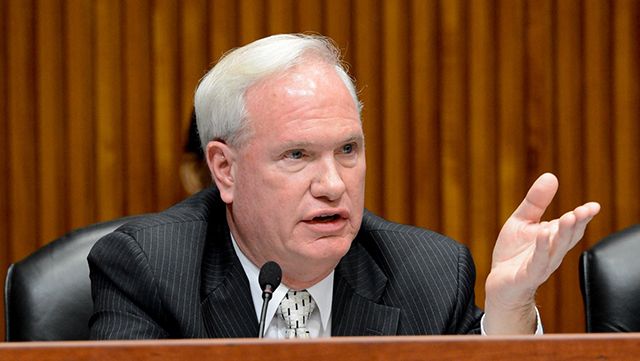 Tony Avella was once a member of the Independent Democratic Conference (IDC), a group of breakaway Democrats who worked with Republicans to control the state Senate.

But like most of the IDC members, Avella lost his Democratic primary last month.

Now, he says he will run running in November anyway.

"Obviously, I was very disappointed in the results of the Democratic primary," Avella said. "But since then, people of all political persuasions, including Democrats, have come to me and said, 'We were shocked at the results. We want you to continue as our state senator.'"

Avella's name will appear on the lines of the Independence Party and the Women's Equality Party, which was created by Gov. Andrew Cuomo four years ago. Former City Comptroller John Liu beat Avella in the Democratic state Senate primary last month.

"This is exactly what Avella has been about: He's never conceded the primary and we never had expectations that he would not actively run in the general election," Liu said.

There are also two other candidates, making it a four-way race. Simon Minching, who lost the Republican primary, is running on the Conservative Party line, and Vickie Paladino will run as the Republican.

"The fact is Queens has never elected an independent to the state Senate and I am the only candidate who can beat Jon Liu. Accordingly, a vote for Avella is now a vote for Liu," Paladino said in a statement.

"This is all expected, so we are going to have a multi-way general election," Liu said. "From my standpoint as the Democratic nominee, the more the better."

"The Governor supports John Liu for Senate, and believes that Mr. Avella should respect the will of the Democratic voters who nominated him," said Lis Smith, a spokeswoman for Cuomo.

"Not a lot of people come out in the Democratic primaries. It's a very small percentage of the population," Avella said. "It sometimes does not accurately reflect the wishes of the entire community."

The unions, which organized and spent heavily to oust Avella, will continue to support Liu in the general election. But some union leaders privately expressed frustration that, with Avella staying in the race, they may have to commit more resources than they'd hoped — resources that could certainly have been better spent in other races against Republicans.