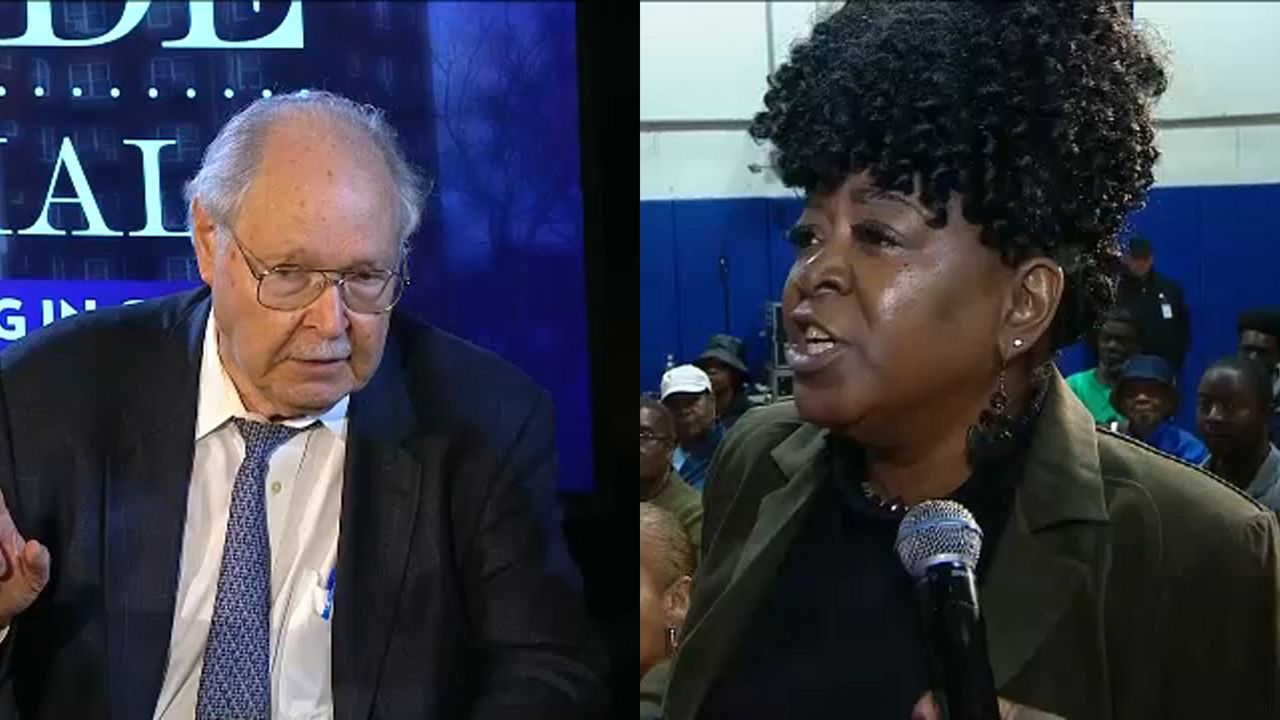 NY1 held a fiery special town hall meeting Tuesday night on the many issues facing the New York City Housing Authority (NYCHA) in which residents mostly put the blame for deteriorating public housing mostly on the agency itself.

NYCHA residents aired their concerns and heard from agency officials, union leaders, elected officials, and advocates. It was a rare chance for residents to directly confront those in charge, and their message was that the agency wasn't getting the job done. Tenants painted the picture of an agency that's indifferent and unresponsive.

NYCHA General Manager Vito Mustaciuolo, who's been with the agency only since January, likened the challenge to "dealing with constant fires, both politically and figuratively," but said he was committed to changing the culture.

The Housing Authority is currently without a permanent leader; Stan Brezenoff was tapped as interim chair in April, and Tuesday he echoed Mayor Bill de Blasio's view that NYCHA is a victim of federal disinvestment.

It's not clear how #NYCHA will get the $32 billion it needs for capital construction over the next five years. One official says, despite criticism, NYCHA needs to ramp up the use of the private sector to repair thousands of units. https://t.co/aDYRvNyMVx. #NY1Politics pic.twitter.com/Xg2Gk4MUBA

NY1 held the event at the Queensbridge Houses, NYCHA's largest development. Panelists highlighted issues ranging from public safety to health, in particular, lead paint, which is the subject of a soon-to-be-introduced package of city council legislation.

Sherron Paige is an #NYC public housing resident whose young son tested positive for lead poisoning. Sherron's son is in special education classes, and she says he deals with these challenges because of his exposure to lead. https://t.co/l2eQt6DTqJ. #NY1Politics pic.twitter.com/n6CF3whkuJ

Over the summer, the city reached a settlement that requires it to submit to federal oversight of NYCHA and to contribute another $2.2 billion to the agency over 10 years. NYCHA residents will have another chance Wednesday to sound off when a judge holds a public hearing on that settlement in Manhattan federal court.