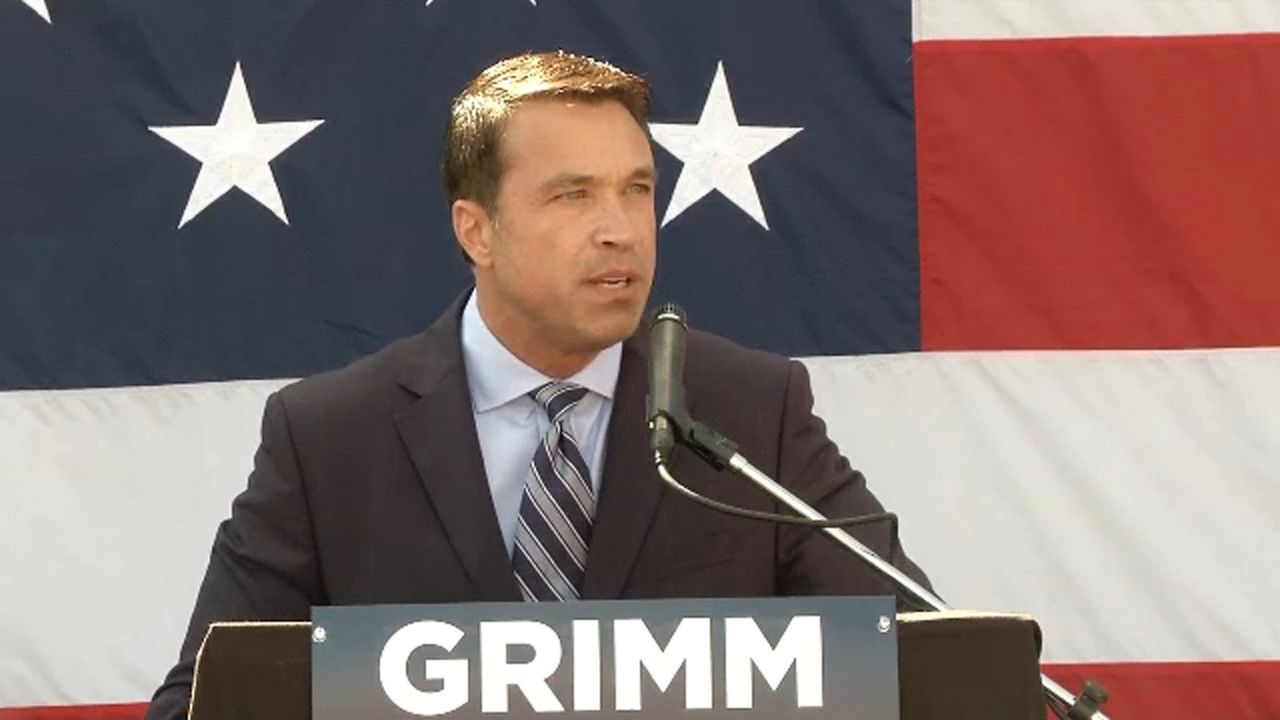 Michael Grimm announces campaign for his old seat in Congress

A former congressman who spent time in jail is making a bid for a comeback; Michael Grimm held a rally on his home turf Sunday, with hopes that his loyal supporters will send him back to Congress. NY1 Staten Island Reporter Amanda Farinacci filed the following report.

With the strains of country music as his anthem, former congressman Michael Grimm re-launched his political career before more than 200 supporters in New Dorp, attempting a comeback 17 months after completing a federal prison term for tax fraud.

"I ask you once again to give me your confidence, to give me your support as I announce my candidacy to be your representative for the New York 11th congressional district!" Grimm told supporters.

In a 25-minute speech, Grimm positioned himself as part of the angry-at-Washington populist wing of the Republican Party that propelled Donald Trump to the White House. He said that he has President Trump's back, and that the man he wants to replace — fellow Republican Dan Donovan — does not.

"As far as I'm concerned, he's just been a little too busy siding with the Democrats against our president and an agenda that finally puts you and America first," Grimm said.

Grimm resigned his seat in 2015 and spent seven months in a federal lockup after pleading guilty to tax fraud.

The rally, complete with chants of "USA" and an appearance by an Albanian cheerleading squad, gave him a chance to speak directly to voters about his past.

"Sincerely, I'm truly sorry if I let any of you down," Grimm said. "I wish I could take it all back."

Grimm is being advised by a pugnacious former Trump Advisor, Michael Caputo. And again and again in his kick off speech, he attempted to draw contrasts with Donovan.

"My opponent's a nice guy, right? A bit of a sweetheart. But let me tell you something: He's never going to get anything done, not ever," Grimm said. "And in Washington, nice guys finish last."

Many of those gathered Sunday admitted they voted for Donovan the last time around, but they said with Grimm back in the race, supporting him will be a no-brainer.

"Danny Donovan is a great person, I don't dislike Dan, he's a nice guy," one Grimm supporter said. "But we need a powerhouse, and Mike was always the powerhouse."

Grimm declined to take questions from the press after his speech, choosing instead to spend time with those who showed up to support him.

All of the borough's Republican elected officials have already signed a pledge to support Donovan.

A spokeswoman for Donovan reacted to Grimm's run in a statement, saying, "It's hard to tell what's worse: the fact that Michael Grimm lied to his constituents, then quit and left them in the lurch with no representation under President Obama, or that he had one of the most liberal voting records of all Congressional Republicans. Either way, voters can't trust Michael Grimm and we're trying to drain the swamp, not make it murkier. Dan is focused on doing the people's business and helping the President enact an agenda that will lead to an American renaissance."