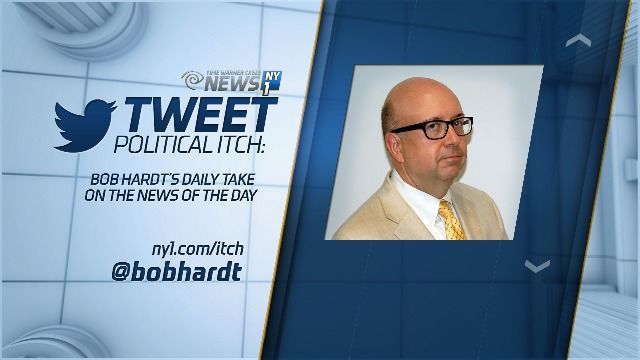 Judging from the calls and complaints to the NY1 newsroom, this weekend's blizzard was handled deftly by City Hall – unless you happened to live somewhere in Queens.

Some elected officials from parts of the borough were apoplectic yesterday – with City Councilman Eric Ulrich looking like he was going to burst a blood vessel when talking about some unplowed streets in Woodhaven.

But in my little patch of Queens, which is also represented by Ulrich, things actually went smoothly with streets being regularly plowed by Sanitation trucks. But then Rockaway Beach has always seemingly been on a different timetable than the rest of the city.

I have no doubt, though, that Ulrich's complaints hold water – or ice. Appearing on "Inside City Hall" last night, Councilman Rory Lancman, who represents parts of eastern Queens, also said he was dissatisfied with the city's response.

Also troubling is  that Ulrich and Lancman both contend that the city's online snowplow tracking isn't accurate – with the website indicating that streets have been plowed that actually haven't been touched.

From Mayors Lindsay to Bloomberg, it's clear that Queens presents a set of problems for plowing that are unique to the borough. But part of the challenge may also be the borough's sheer size. By square mile, Queens is larger than Brooklyn and Manhattan combined, comprising roughly 36 percent of the city's total territory.

It's clear, though, that there needs to be a new battle plan for the borough – and a possible update of Plow NYC.

And turning to my Manhattan stomping grounds, it's still disappointing that after a snowstorm in NY1's Chelsea neighborhood, every single piece of property along West 16th Street is dutifully shoveled for days except a snow-covered stretch in front of a city playground.

But by and large, it seems that City Hall is getting a good report card from New Yorkers for its recovery from the storm. And it certainly helps when you have all weekend to dig out.

But between now and Election Day, maybe Mayor de Blasio should think about building a retractable roof over at least one borough.