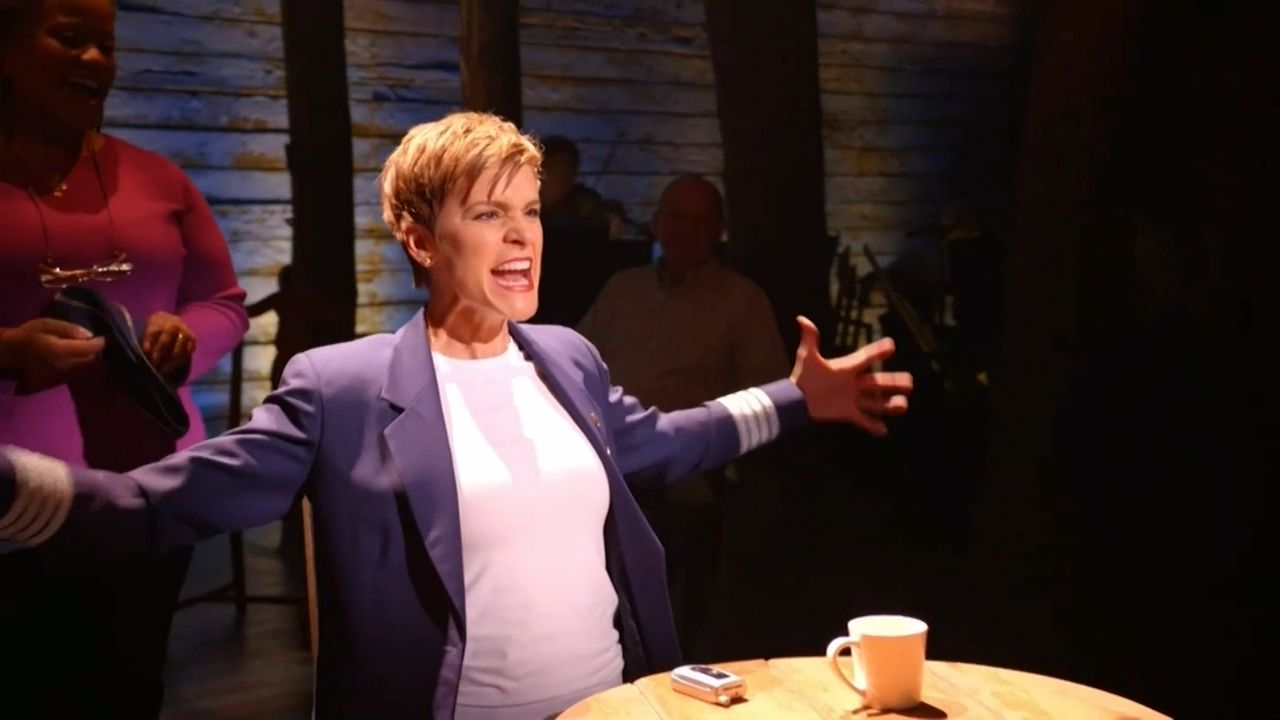 A file image of Jenn Colella portraying Captain Beverley Bass in the “Come From Away” musical on Broadway.

‘Come From Away’ film and Broadway reopening bookend 9/11 anniversary

NEW YORK — As the world stops to remember the 20th anniversary of 9/11, “On Stage” Host Frank DiLella takes us through five years of coverage of the "9/12 musical" "Come From Away," from its out-of-town tryout in Washington D.C. in 2016, to its Broadway debut the following year, to its new streaming home on Apple TV+, and finally to its triumphant reopening on Broadway.