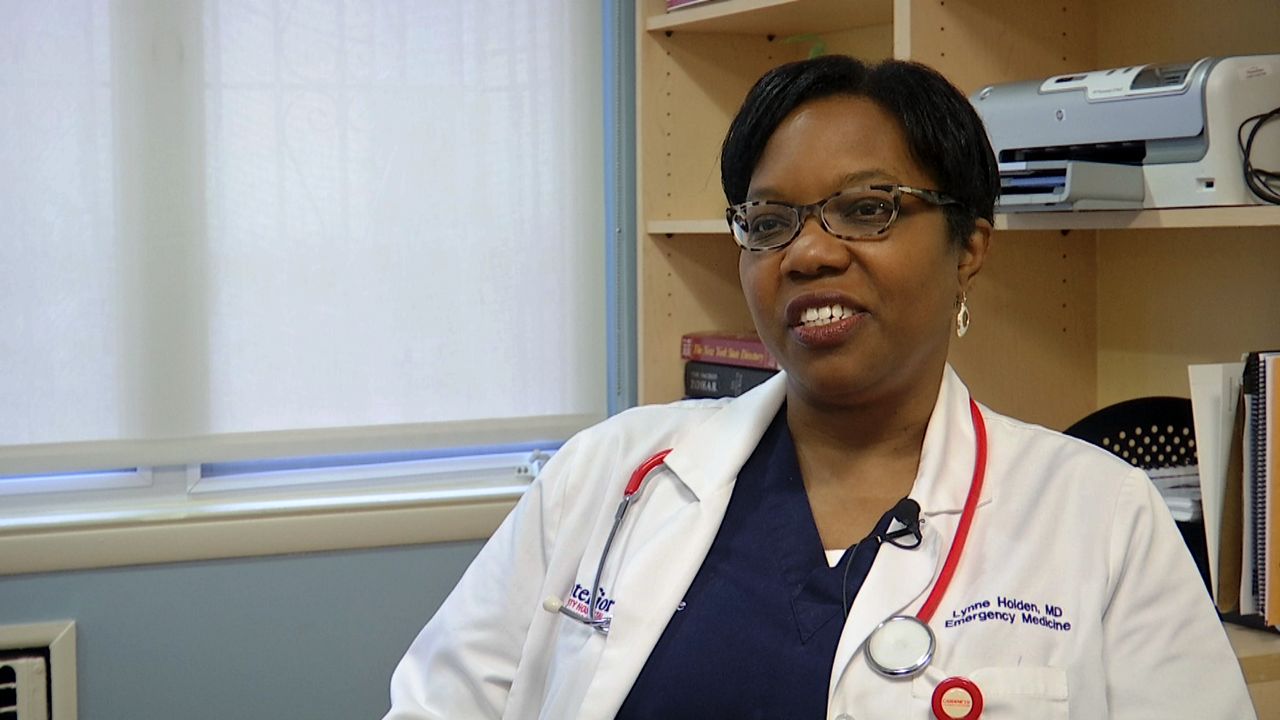 NEW YORK - As a child, everything Lynne Holden knew about the medical profession came from a TV show called "Marcus Welby, MD."

"People would come into his office with a concern or a care and he would reassure them and they would leave with a smile and I thought well, if I could do that, that would be great," Holden recalled.

She was captivated. So much so that at just 13 years old, Holden worked her way into an internship with a well-known Harlem-based physician, Dr. Murial Petioni.

Holden quickly learned there was much more to being a doctor than TV might have had her believe.

Dr. Petioni – a trailblazer for female African American doctors - soon became a trusted mentor to Holden and someone she aspired to be like.

"She really focused on social justice - so it wasn't so much - she took care of patients but she also took care of populations. That's when the light bulb went off and said you need to do more than see patients, I mean that's great that you're seeing patients but there is so much more that can be done," Holden said.

For Holden, now an emergency room doctor at Montefiore, that meant paying it forward.

In 2007, Holden founded "Mentoring in Medicine," a non-profit that focuses on helping low-income and minority students become healthcare professionals.

The program starts in elementary school and continues through medical school.

Since its launch, more than 500 students in the program have gone on to work in the medical field.

"I would say it's very inspiring to see a black female doctor, being a black woman myself, knowing the odds are stacked against me," said Ashante McCord, a student.

"Medicine is great. Taking care of patients is great but what about raising a whole generation of physicians and nurses and PAs and other health professionals? That's what I've really been blessed to be able to do," Holden said.

So, for being just what the doctor ordered for these future medical professionals, Lynne Holden is our New Yorker of the Week.