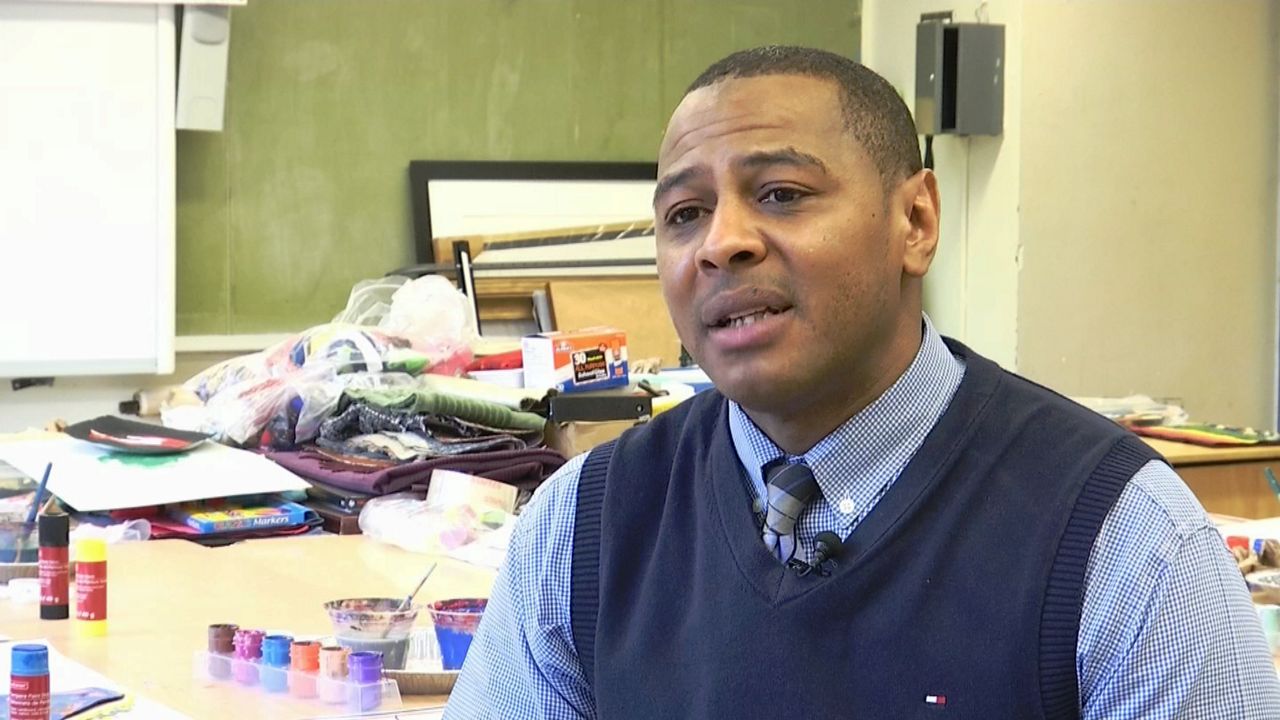 Drugs and guns. It was all Antoine Cassidy knew while growing up in Brooklyn's Bed-Stuy neighborhood.

"For me, it was rough as a kid because it was drug-infested, there was a lot of crime, and people doing things they had no business doing at that time," Cassidy recalled.

Cassidy soon found himself heading down the wrong path – one that eventually led him to prison. He spent nine years locked up. That, he says, was his wake-up call.

For Cassidy, that meant returning home to Brooklyn and working with kids.

Twelve years ago, he founded the non-profit "No Gun Smoke School Tour."

He works in schools across the borough – focusing on students from under-served communities, many growing up like he did. Cassidy introduces the kids to art, music, and boxing – giving them a valuable outlet, while helping steer them toward a positive future.

"Every time I come to him, he motivates me, and when I go to class I do better. I look at him as like someone who is a father-figure. He's definitely always there for me," said Tyquan Jones, a 6th grade student at P.S. 308.

And when Cassidy isn't working in schools, he spends time on Rikers Island mentoring inmates and showing them what life could be like after prison. He says he relates to them in much of the same way he does his students. He knows where they've been and what's possible with guidance.

"Every kid that I work with, I try to make them better than me. So, my mentors that made me into who I am now to be able to make a difference in children's live, I want to be able to give that to them to teach other kids, coming up under them," Cassidy said.

For using his past to insure others have a better future, Antoine Cassidy is our New Yorker of the Week.