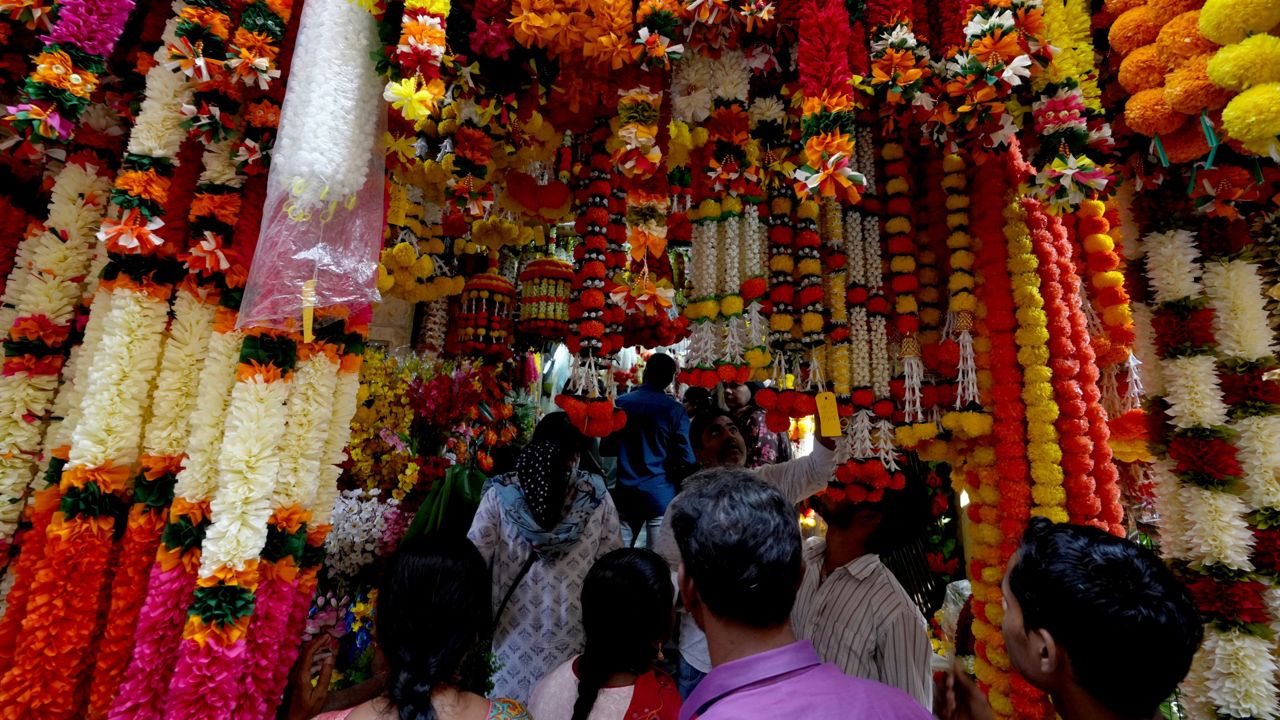 People shops for artificial flowers to decorate their homes and shops ahead of Diwali festival in Hyderabad, India, Thursday, Oct. 20, 2022. Diwali, the the Festival of Lights will be celebrated on Oct. 24. (AP Photo/Mahesh Kumar A)

Mayor Eric Adams on Thursday threw his support behind a state bill to make Diwali a public school holiday.

Flanked by Schools Chancellor David Banks and the bill’s chief sponsor, Assemblywoman Jenifer Rajkumar, Adams on Thursday pushed for the state legislature to officially make Diwali, known as the Festival of Lights, a public school holiday.

Diwali lasts five days and is celebrated by Hindus, Buddhists, Sikhs, and Jains, along with people of Indian-Caribbean heritage. The holiday signifies the triumph of light over darkness, and good over evil.

New York City public school students would have the third day of the five-day holiday off starting next year, if the bill is passed by the state legislature.

“Our public school calendar is not just a list of days off; it is a testament to New York City’s diversity, inclusiveness, and character,” said Adams Thursday morning at a news conference. “That is why, as borough president and now as mayor, I’ve pushed to make our schools not only academically astute but emotionally intelligent as well.”

“People said that there was no room on the school calendar for Diwali,” said Assemblywoman Rajkumar, the first Hindu American and first South Asian woman elected to New York State Office. “Today, my legislation makes the room, and the mayor joins with me to commit the New York City Department of Education to instituting the Diwali holiday.”

Anniversary Day, which recognizes the anniversary of the founding of the first Sunday school in Brooklyn, would be be eliminated as a school holiday, making room for the celebration of Diwali, if the bill passes the legislature.