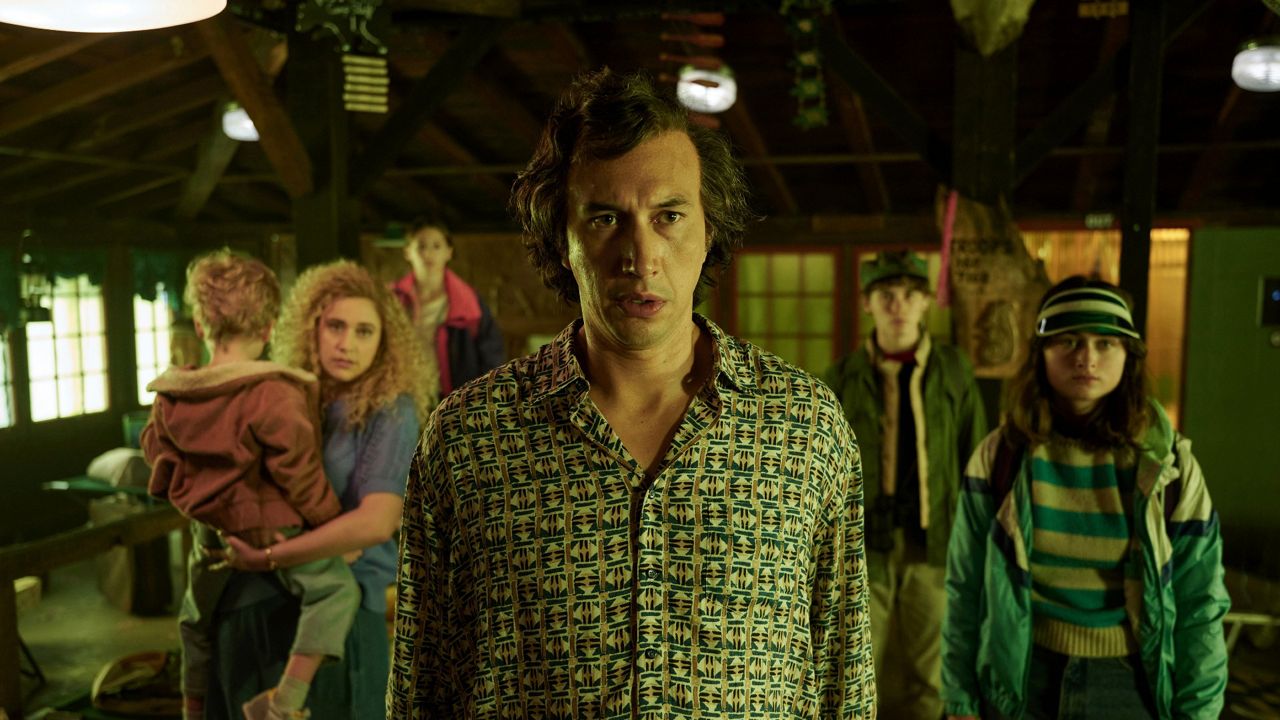 This image released by Netflix shows Adam Driver, center, in a scene from "White Noise." (Wilson Webb/Netflix via AP)

The film stars Adam Driver and Greta Gerwig and is based on Don DeLillo’s best-selling novel.

“It’s the most extraordinary thing I think for both of us because we both have such a personal relationship with this festival: him going back to his childhood and me going back to when I was 18 and I first moved to the city,” said Gerwig. “And I remember many opening nights when I would take the train down and I would watch to see who was here, and so I am having a moment right now — feeling that, how momentous it is to be opening it.”

Baumbach and Gerwig have been a couple since 2011 and are New York Film Festival veterans. Gerwig said she was thrilled “White Noise” opened the festival.

The New York Film Festival continues this week with the centerpiece film, “All the Beauty and the Bloodshed.”

The documentary is about New York artist Nan Golden and her activism against the Sackler family, whom she blames for the opioid crisis.

Saturday, the film “Till” played on the big screen at Alice Tully Hall. It’s based on the true story of 14-year-old Emmett Till, who was lynched in Mississippi 67 years ago.

The film tells the story of his mother’s fight for justice.

Whoopi Goldberg is one of the film’s producers and stars.

“Well, as it turns out, I’ve never been to the New York Film Festival before after all this. After all the stuff I’ve done, I’ve never been here before,” said Goldberg. “So it’s really kind of exciting for me, but I’m thrilled and, of course, they would recognize the weight that this picture carries and you can’t ask for anything better.”

The festival will close with the film “The Inspection.” It’s based on the true story of a Queens-born gay Marine Corps soldier in the era of “Don’t Ask, Don’t Tell.” The 60th New York Film Festival will wrap on Oct. 16.