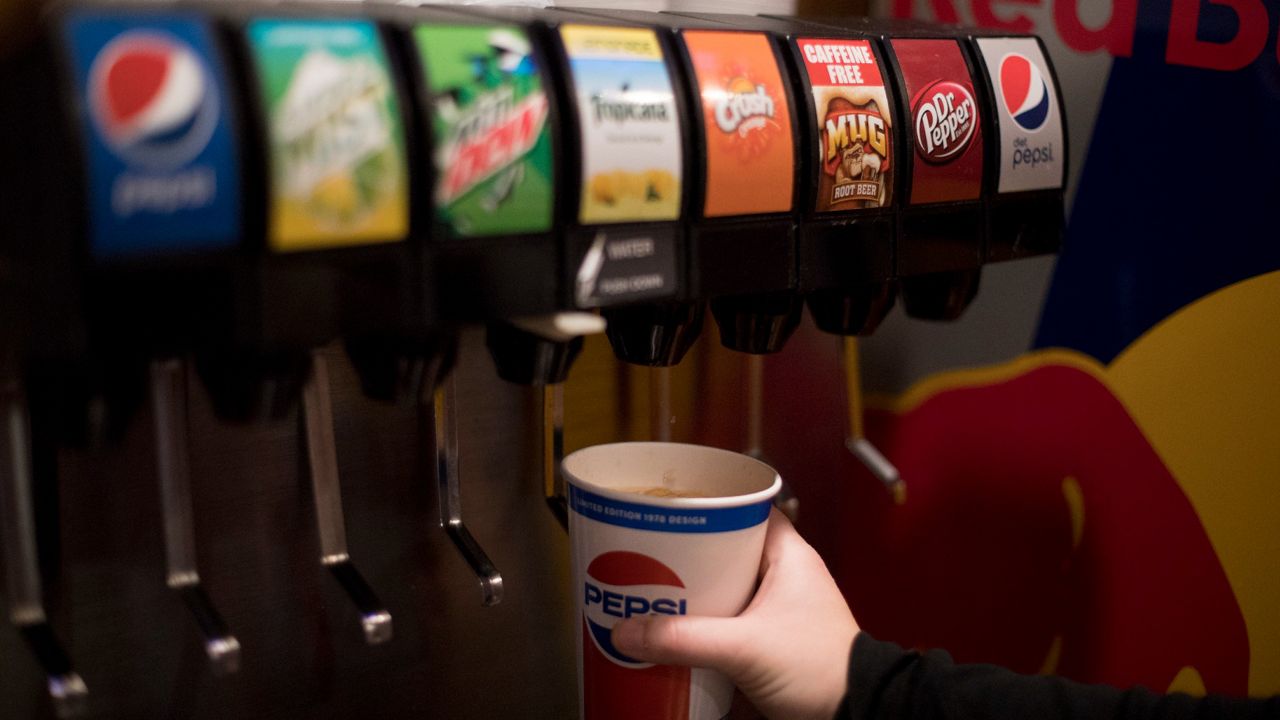 New York City Councilmember Keith Powers is proposing a new bill that would mandate chain restaurants in the city have warnings next to items that are overly sugary. (AP Photo/Jenny Kane)

Menus at chain restaurants across the city might one day have warnings next to items that are exceedingly sugary, if the City Council passes a newly proposed bill.

Speaking with “Mornings on 1” anchor Pat Kieran on Wednesday, hours before a planned rally, Powers said many New Yorkers aren’t aware of how detrimental excessive amounts of sugar can be for one’s health — or how commonly they are offered.

“I think for so many New Yorkers, they’re walking into their favorite store to get a beverage or a meal, they’re going to a live event and they’re getting those really, really big fountain sodas or some other item and they don’t even realize how much sugar is in it,” Powers said. “We’re talking 15, 16 packs of sugar in a large fountain soda. I don’t think many New Yorkers realize how bad it is for your health.”

According to the Centers for Disease Control and Prevention, Americans are consuming too many added sugars, contributing to health problems like obesity, Type 2 diabetes and heart disease. The CDC recommends Americans over the age of two limit their intake of sugar to less than 10% of their daily calories.

"What this bill would do is when parents go out to eat and they see "oh my God, this has 18 added teaspoons of sugar,'" said Dr. Ileana Vargas, a pediatric endocrinologist and supporter of the bill. "'That's equal to 60 grams of carbohydrates, I can't give that to my child.'"

Mayor Eric Adams said he is open to considering the bill.

“Improving New Yorkers’ public health and promoting healthier diets is a key priority for the Adams administration. We will review the legislation," a spokesperson for Mayor Eric Adams said in a statement.

If successful, Powers said the bill itself would work as a kind of public information campaign, helping New Yorkers become more informed about what they are putting into their bodies.

“Right when you walk into to order that item, you get to know if it’s exceeding your daily recommended value of sugar and whether you’re potentially making a healthy choice,” Powers said.

The bill is not the first of its kind to gain attention or traction in New York City.

Bloomberg in 2002 banned smoking in restaurants and bars. And in 2005, restaurants were prohibited from using trans fats.

Bloomberg’s attempts to ban 16 ounce fountain sodas, however, were struck down by the courts.