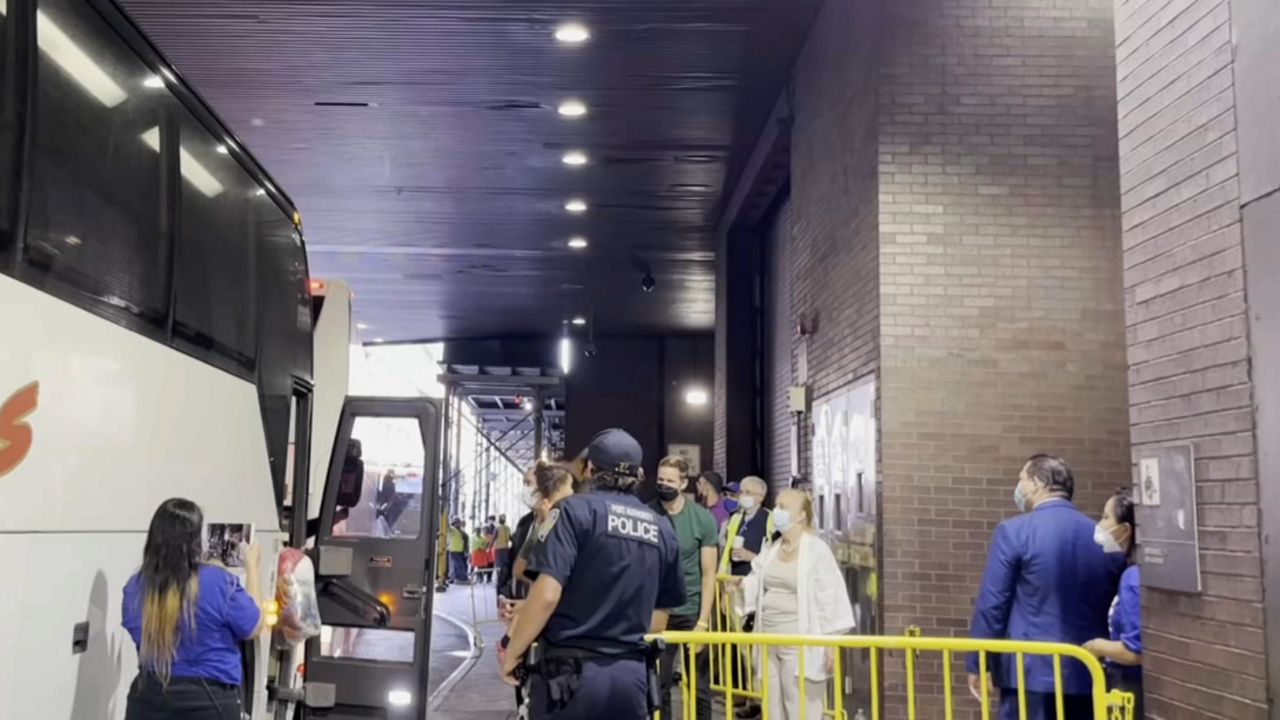 A group of asylum seekers arriving at the Port Authority Bus Terminal in Manhattan earlier this month. (File Photo)

About 1,000 children ages 3 and up whose families have come to New York City from southwestern border states seeking asylum will enroll in city public schools this month, schools Chancellor David Banks said Friday.

The city’s Department of Education is working with social service agencies and local nonprofits to help the families — many of whom are staying in the city’s shelter system — enroll their children and connect them with English learning and social support programs, Banks said at a news conference.

The effort is being called “Project Open Arms,” the chancellor said.

Approximately 6,000 asylum seekers have entered the city's shelter system since the spring, officials said, as Texas and Arizona have moved large numbers of migrants from immigration centers near the border to eastern cities via buses.

The sharp rise in migrants has exacerbated capacity issues across the shelter system.

"We're showing these families that they are not in this alone," Banks said. "And we're making sure our schools are ready to do the same."

The influx of migrant children into the school system comes as Mayor Eric Adams' administration is fighting a court challenge from parents over the education department's reduced budget, which saw $215 million in cuts for the current fiscal year.

Banks did not say how much the effort to enroll and educate the migrant children would cost, but said the city would be seeking repayment from the federal goverment.

"We think it's incumbent on the federal government to figure out ways to help us to meet that need," Banks said.

The department is still in the process of addressing a preexisting need for new counselors who work out of homeless shelters. It is also working to hire more bilingual teachers for the system.

Officials said that they are currently reviewing applications for new counselors, and are in talks with officials in the Dominican Republic to bring in Spanish-speaking teachers for schools with large Spanish-speaking populations.

"There are some logistical challenges in making it happen," Banks said of bringing in teachers from the Dominican Republic. "But it is an example of what we are trying to do."

Banks said the department was trying to place students in schools as close to their shelters or residences as possible, and would move staff around to ensure schools were adequately equipped to accommodate new students.

Already, P.S. 111 in Hell's Kitchen has enrolled 50 new children from families seeking asylum, officials said. The school had about 400 students in the 2020-2021 term year, according to city records.