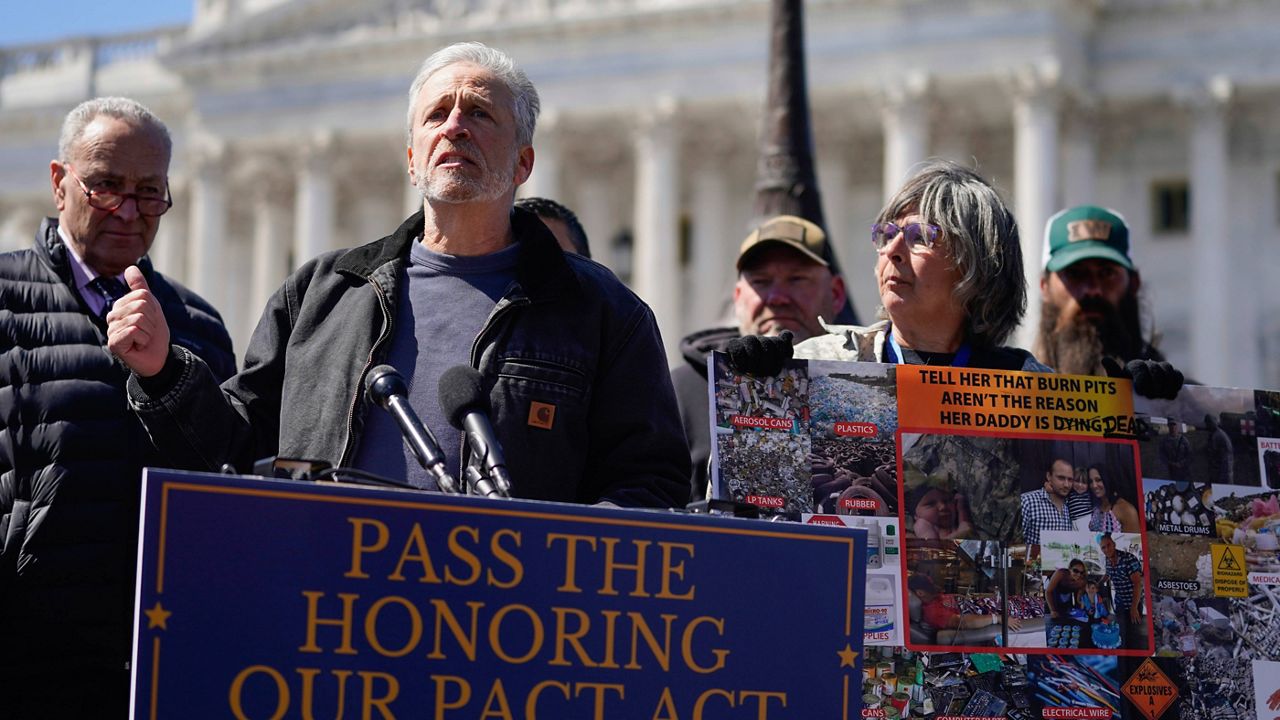 On Wednesday afternoon, a procedural vote to advance legislation aimed at helping millions of veterans exposed to toxins failed in the Senate, leaving Democrats and advocates alike fuming.

The Promise to Address Comprehensive Toxins Act, also known as the PACT Act, would greatly expand eligibility for free medical care through the Department of Veterans Affairs, for thousands of veterans who have been exposed to toxic chemicals.

Over the last two decades, it has been reported that around 3.5 million post-9/11 combat veterans may have been exposed to dangerous chemicals while in the line of duty, according to the Senate Veterans Affairs Committee.

With 60 votes needed to advance, the outcome of the vote on Wednesday was 55-42, with 25 Republicans who supported a previous version of the bill changing their vote to a ‘no’.

Senate Majority Leader Chuck Schumer D-NY. changed his vote from a yes to no in order to allow a future vote on the legislation.

In June,  the bill passed the Senate 84-14. The legislation was ready to be passed by the House, but the bill was delayed as there was one section of the legislation that was being debated by Veterans Affairs Committee leaders.

The bill had to be revised to remove an obscure tax provision that raised a constitutional concern in the House, according to Roll Call. The House passed the revised version on July 13 on a 342-88 vote and sent the package back to the Senate with only a minor change.

On Wednesday, 42 Republican Senators decided not to vote against the revised bill.

Not only would the measure expand health coverage for veterans who served post-9/11, but the bill would also extend coverage to health issues caused by Agent Orange, a toxic deforestation chemical used by the U.S. military during the Vietnam War.

On the Senate floor on Wednesday afternoon, Republican Sen. Pat Toomey R-Penn. urged his fellow Republicans to join him in blocking the bill and stated that he would vote against the bill because it would create $400 billion in unrelated spending.

"My concern about this bill has nothing to do with the purpose of the bill," Toomey said. "This budgetary gimmick is so unrelated to the actual veterans' issue that has to do with burn pits, that it's not even in the House version of this bill."

On the floor, Chairman of the Veterans’ Affairs Committee, Senator Jon Tester D-Mont., accused Toomey of “having a problem” with supporting the country’s veterans. “If you have the guts to send somebody to war, then you better have the guts to take care of them when they get home,” said Tester.

Cornyn said Republicans wanted to negotiate to “eliminate some of the mandatory spendings in the bill.”

In a statement released on Wednesday afternoon, Tester called the block an “eleventh-hour act of cowardice,” that will “actively harm this country’s veterans and their families.”

“Republicans chose today to rob generations of toxic-exposed veterans across this country of the health care and benefits they so desperately need—and make no mistake, more veterans will suffer and die as a result,” Tester added.

In response to the bill’s failure, Veteran and Advocate Ted Corcoran tweeted that "Advocates died fighting for this bill. Instead of spending their last days with their families, they fought to help their fellow veterans.”

“Now, more veterans will die waiting for help that was just within our reach but may never come,” added Corcoran.

On Thursday morning, Jon Stewart, a longtime advocate for the legislation, along with Speaker Pelosi, Senator Gillibrand D-NY., and Senator Tester D-Mt., with veterans and activists, held a news conference outside the Capitol in response to the Senate’s failure to pass the PACT Act.

“Yesterday, they took benefits away from the people who have been impacted by war, that we sent off to war,” said Sen. Tester to the crowd. “They voted against the men and women who fight for this country.”

“They have put politics before the life and well-being of service members,” said Sen. Kirsten Gillibrand, speaking of her colleagues in the Senate who voted ‘no’ on the legislation. “We have to make sure every one of these senators understands that they have just sentenced veterans to death because now they will not have the health care that they have earned.”

"This is total b*******," Gillibrand said. "This is the worst form of over-politicization I have literally ever seen. This is total B.S."

Gillibrand railed against Toomey for his "11th hour" decision to revise and, ultimately, tank the measure: "How he convinced 25 of his colleagues to change the vote, I have no idea. What the hell? How does this happen?"

"How do you change your mind right when you're about to make a law that's gonna save lives? It makes no sense," she added. "It's an outrage, and there has to be accountability."

The bill is named for Sgt. 1st Class Heath Robinson, who was diagnosed with a rare autoimmune disorder and lung cancer after serving with the Army National Guard in Kosovo and Iraq.

“Senator Toomey and Senator Rob Portman, Heath's senators, voted no,” said Zeier, wearing Robinson’s army jacket. “They Voted against my family. “They voted for all of us to suffer. They are endorsing our suffering.”

Stewart, who formerly hosted "The Daily Show" and currently hosts "The Problem with Jon Stewart" on Apple TV+, took the podium to express his outrage at the halting of the bill.

Stewart ripped into Republican Senators on Wednesday evening on Twitter, calling those who switched their votes “stab-in-the-back Senators.”

As of now, it's not clear when the Senate vote will be rescheduled. The Senate is expected to leave for a monthlong recess at the end of next week.