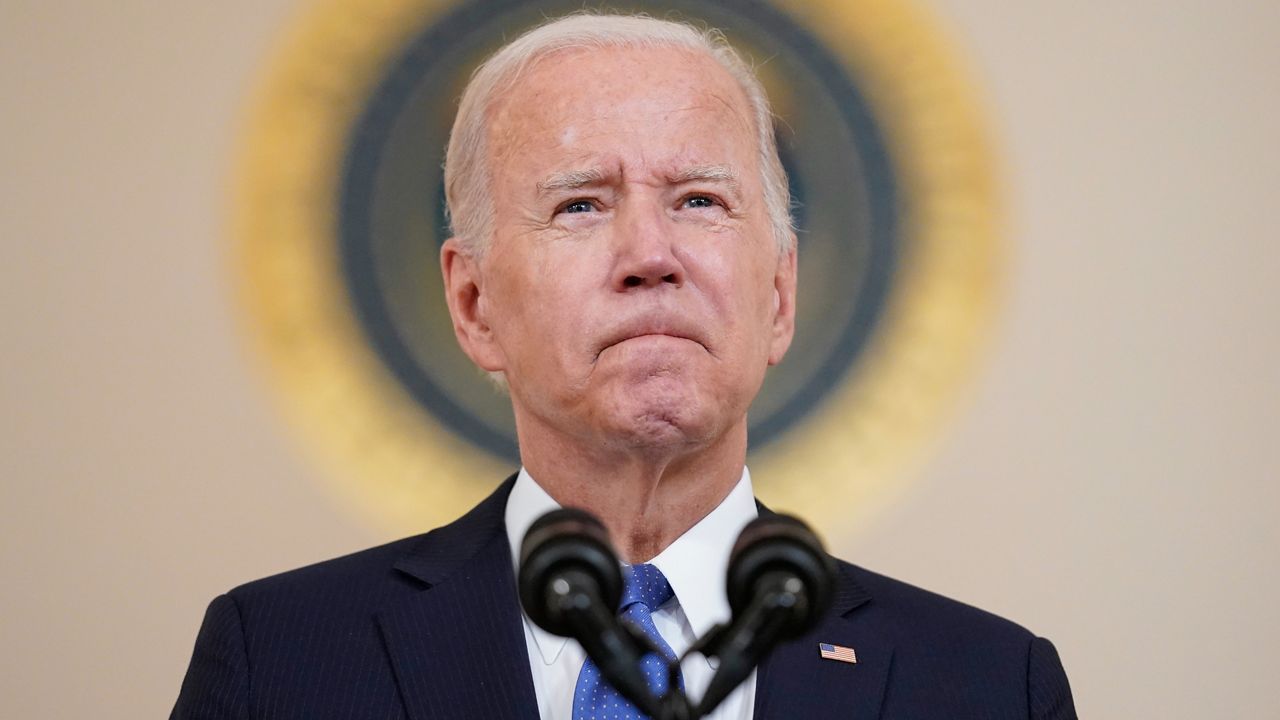 The United States is deep in the midterm election season, but the 2024 presidential race is very much generating buzz in political circles.

One sensitive topic is often part of the talk – and that is President Joe Biden’s age. He turns 80 in November, and his recent COVID-19 diagnosis is only magnifying the debate over whether he should run for another term, as he says he intends to do.

Biden is far from the only president who has been dogged by questions about his age – but he was also the oldest person to become commander-in-chief at 78 years old. Donald Trump was 70 at his inauguration, and Ronald Reagan was 69 when he first took the oath of office in 1981.

Four years later, Reagan swatted away a question about whether he could still hold the nation’s toughest job.

“I will not make age an issue of this campaign,” Reagan said during a 1984 debate for reelection against Democratic opponent Walter Mondale, adding his now-famous adage: “I am not going to exploit, for political purposes, my opponent’s youth and inexperience.”

The joke landed, and Reagan bagged 49 states that year, along with a little under 60% of the popular vote and 525 electoral college votes, far and away the highest of any presidential candidate in a single election.

It’s an outcome Biden, who now holds the title of oldest president in office, can only dream about. At the end of his second term, Joe Biden would be 86 – that is, if Biden even gets his party’s nomination to run for another four years.

A recent poll from the New York Times / Siena College found 64% of fellow Democrats don’t want Biden to run, and the number one hesitation is something Biden can’t control.

“The question that I'm hearing over and over again is whether or not Joe Biden is too old to be running for president,” S. Jay Olshansky, a professor at the University of Illinois Chicago’s School of Public Health, told Spectrum News in an interview.

The White House, of course, says the president is not too old. Last November, after an exam, his doctor wrote in part: “President Biden remains a healthy, vigorous, 78-year old male, who is fit to successfully execute the duties of the Presidency.”

When he got COVID last week, the White House released a video meant to reassure.

An update from me: pic.twitter.com/L2oCR0uUTu

But nothing – not even Biden’s exercise – seems to move the needle much.

Of course, a recent bike fall didn’t help his image.

The president’s June 18 tumble from his bike was brought up at a recent Congressional hearing, when transportation secretary Pete Buttigieg was asked by Rep. Troy Nehls, R-Texas, if he had discussed with any other Cabinet members about invoking the 25th Amendment to remove Biden from office.

“First of all, I’m glad to have a president who can ride a bicycle,” Buttigieg responded, an apparent dig at the health of the former president. “I will look beyond the insulting nature of that question."

“Of course not,” he said in response to Nehls’ question, adding: “The President of the United States is as vigorous a colleague or boss as I have ever had the pleasure of working with.”

And the president sometimes speaks haltingly. But one scholar of aging criticizes those claims, pointing to Biden’s well-known speech impediment as a reason for the way the president speaks.

Some challenge the premise of even asking if Biden is too old.

“It's entirely possible that Joe Biden could be one of these individuals that we call a ‘superager’ that make it out into their eighties cognitively intact,” Olshansky added.

But health risks double every seven years. And the Oval Office has a way of aging its occupants. 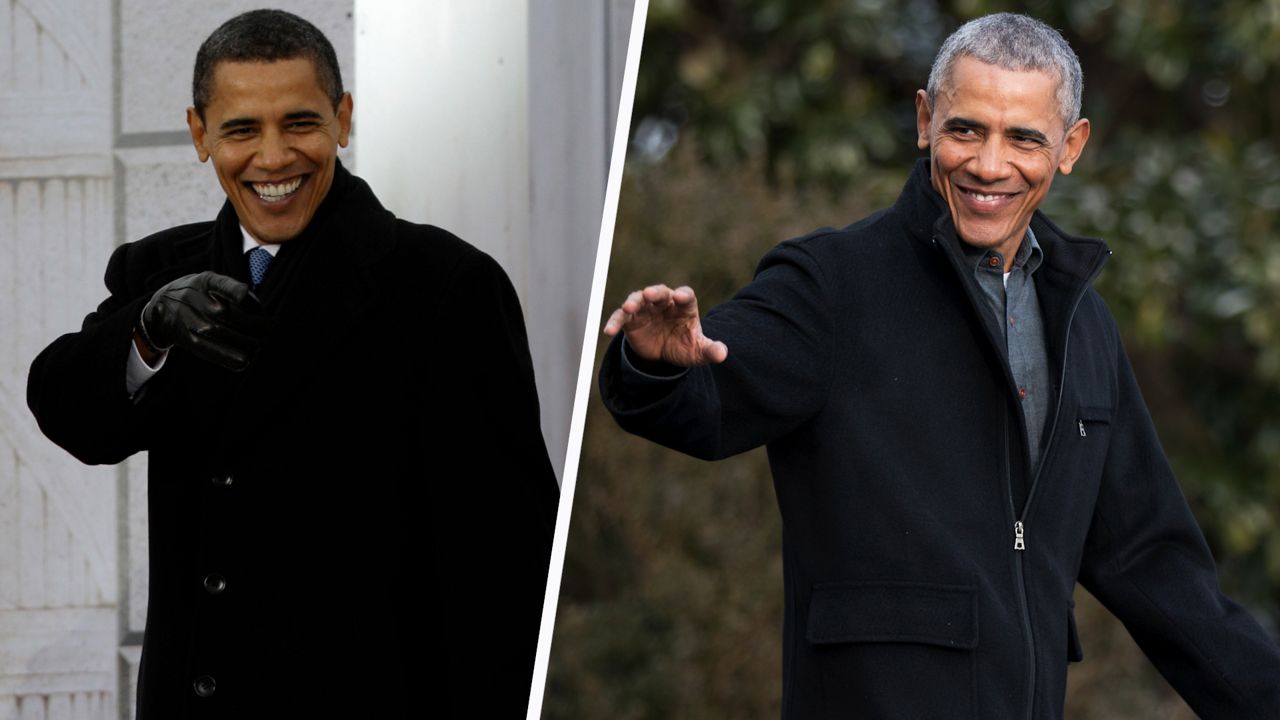 Biden already has outlasted average lifespans, which was 74 years when Regan won and 77 in 2020.

Biden isn’t the only senior citizen in top positions. Treasury Secretary Janet Yellen is the oldest in Biden’s Cabinet at 75, followed by agriculture secretary Tom Vilsack at 71 – though the rest of his Cabinet members range in age from 40 years old to 69 years old.

Some of the top Democrats and Republicans in Congress are in similar phases of their life: House Speaker Nancy Pelosi, D-Calif., is 82; Senate Majority Leader Chuck Schumer, D-N.Y., is 71 and Senate Minority Leader Mitch McConnell, R-Ky., is 80. The average age of a U.S. Senator is 64, two years older than when the average American retires.

When it comes to the current president, concerns about age may be masking something bigger.

Especially among the youngest voters.

The NYT / Siena College poll found a whopping 94% of Democrats under the age of 30 wanted a candidate other than Biden. But younger voters were also much more likely to cite Biden’s job performance as reason for preferring another candidate. Forty-one percent of Democrats between the ages of 18 - 29 identified Biden’s poor performance in office as a reason for wanting a different candidate, followed by 20% of the age group who said they want a more progressive candidate and 17% who said they simply prefer someone new.

Biden’s age came in fourth on the list of concerns for the demographic, with just 14% of younger voters citing it as a reason for choosing another candidate.

“I think factors like whether or not the Biden administration is taking action on issues that young people care about – and truly taking action, not just talking about it – is something that will concern young people a great deal,” Abby Kiesa, deputy director of the Center for Information and Research on Civic Learning and Engagement at Tufts University, told Spectrum News.

Those topics include racism, climate change and the economy – issues that are arguably difficult to solve, especially in a hyper partisan arena, but ultimately not impossible to improve.

But when it comes to age, not even the president can reverse that.

So how should the president address the issue, politically? Perhaps a predecessor’s experience can help.

Ronald Reagan died in 2004. But at least one person with intimate knowledge of the late president explained to Spectrum News how Reagan would likely advise Biden to handle the age-old age issue.

For now, Biden is recovering from COVID and returned to official proceedings in the Oval Office after testing negative for the virus twice.

And the president does have support from the leaders of his party. Sen. Schumer recently confirmed to reporters of a potential second Biden presidency: “I have said if he runs, I’ll support him.”