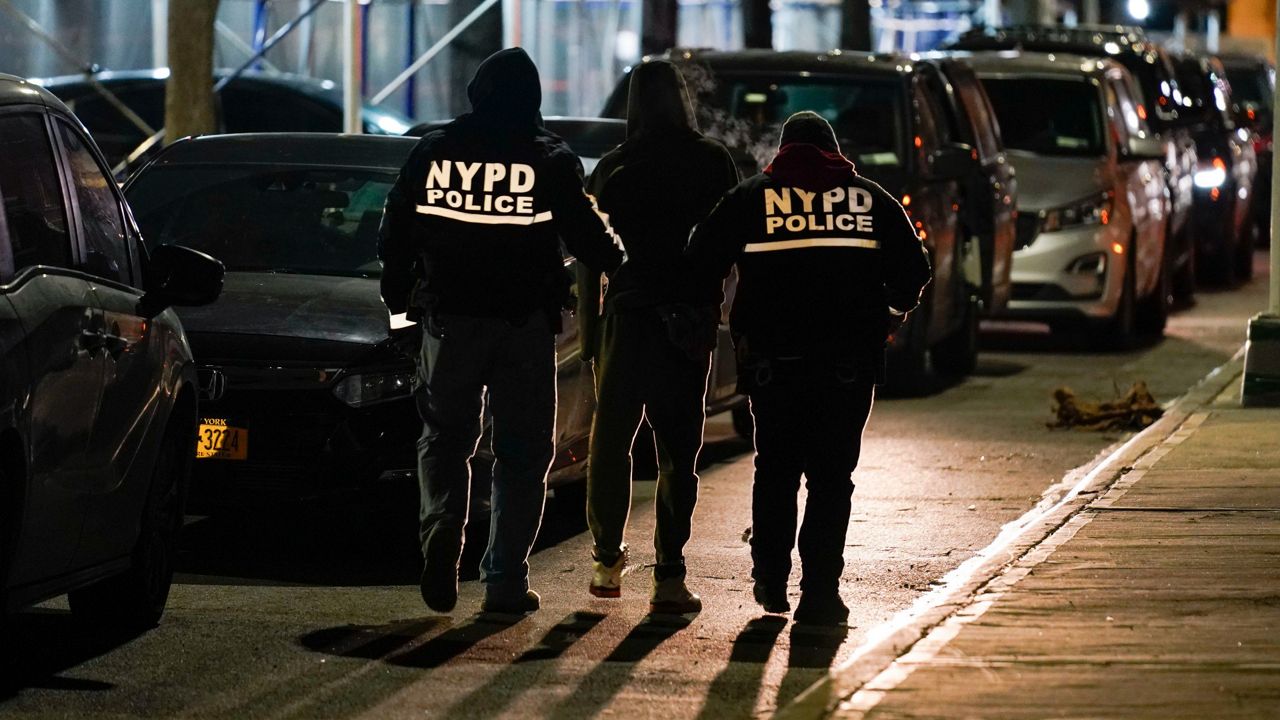 Police officers escort a handcuffed suspect to a car during an operation in the Brooklyn borough of New York, Tuesday, Jan. 4, 2022. (AP Photo/Seth Wenig)

The city saw fewer shootings last month than it did in June of last year, but overall crime jumped by 31% year-over-year, newly-released NYPD data shows.

The NYPD recorded 125 shooting incidents in June, down from 165 a year before, the department said in a press release Thursday.

And while shootings incidents were up by seven in June compared to May, the city saw a 12% decline year-to-date, with 660 shooting incidents recorded between Jan. 1 and July 3 compared to 752 during the same period last year, according to NYPD data.


NYPD Commissioner Keechant Sewell attributed the drop in shooting incidents to the department’s “work to drive down gun violence in New York City.”

The department made 2,381 gun arrests in the first six months of 2022, up 4% from the 2,290 gun arrests it made between January and June of last year, the NYPD said Thursday.

“We have taken thousands of guns off the streets — both traditional firearms and ghost guns — and made significant illegal-weapon interdictions along with our law enforcement partners,” Sewell said in a statement.

“We are encouraged by this downward trend in gun violence as summer gets underway, but realize that we must remain focused on our critical public-safety mission — the lives of New Yorkers depend on it,” she added.

New York City also saw murders decline across the board. The city recorded 26 homicides in June, down from 38 year-over-year and down from 45 in May of this year.

All six crimes were up year-to-date as well — and of those crimes, only the number of recorded rapes declined between May and June of this year, according to NYPD data.

The number of hate crimes the NYPD recorded did decline by 8% year-over-year, from 64 in June of last year to 59 in June of this year, the department said.

But year-to-date, the city recorded 338 hate crimes, up from 298 during the same time last year.

Twenty-three of the 59 hate crimes the NYPD recorded in June were anti-Semitic incidents, while 13 were motivated by the victims’ sexual orientations, the department said.