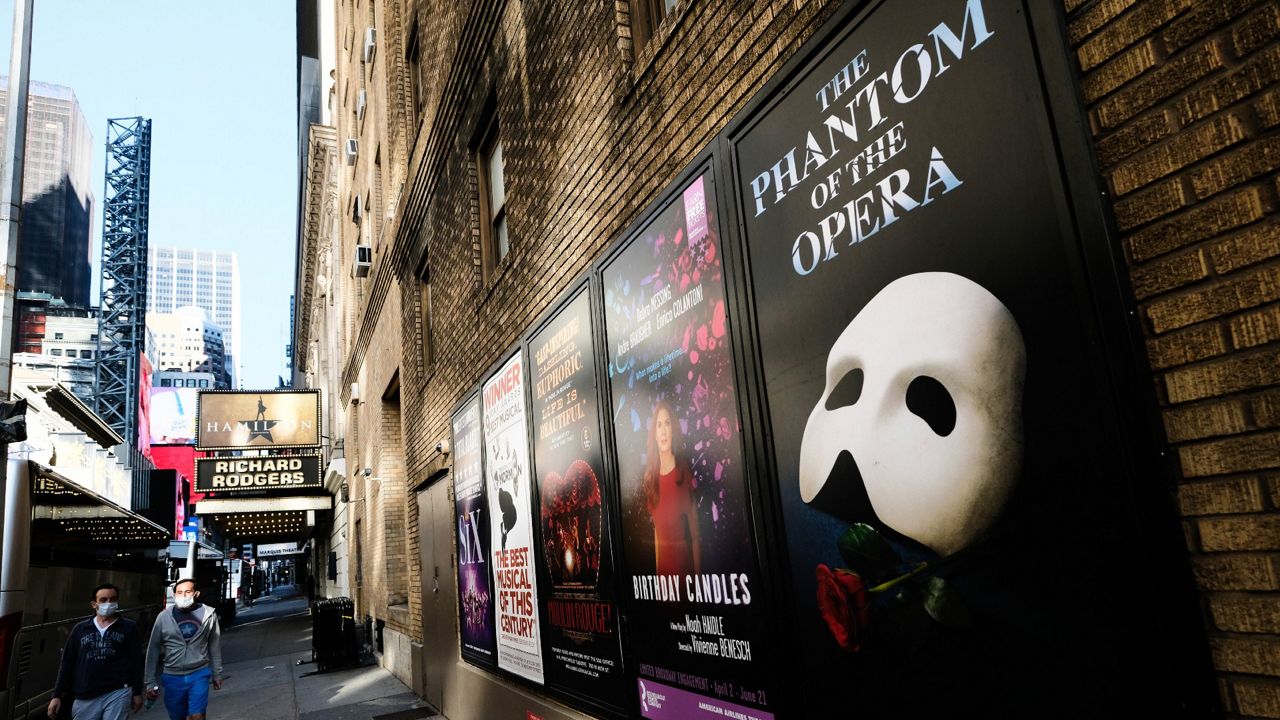 A mask-optional policy for theatergoers on Broadway began July 1.

When it was announced, many actors voiced their concerns about potential risks to their health.

"This is not just a hobby for us, this is our livelihood. If we're out and we can't perform, we're not getting paid either," said “Tina” swing actor NaTonia Monet.

Monet said it’s a dream come true to work in a Broadway play, but it’s also a lot of work as actors have missed shows because of COVID.

"As a swing, the past two weeks, I've been on for as many as three roles at one time,” she said.

Talent aren't the only cautious ones about the audience whipping their masks off.

"I went to a show last night and I'm going to this show tonight because I don't know if I'll go for quite a while because of the optional," said theatergoer Cara Chester.

Chester stopped by the musical to buy tickets before the new policy went into effect.

She said she's not surprised about the push to take masks off, but she is disappointed by it.

"I know mandating it can be difficult, but I feel like it is so simple. And it allows us to do things that would otherwise be risky," Chester said.

The Broadway League, which represents producers and landlords, said the policy will be reevaluated on a month-to-month basis.

Sources say Actors' Equity, which represents Broadway talent, emailed a letter to its union members saying it was not consulted about masking being optional.

The production "American Buffalo" has come out against the policy due to the proximity of guests to the actors.

The show will continue requiring theatergoers to continue wearing masks until the production ends on July 10.

A source says "Into the Woods," which is in previews, is negotiating to have a mask requirement for front row audience members.

"The idea that we're going to be the straw that finally breaks the camel's back and send New York back is a flawed one," said producer Oliver Roth.

Roth is a Broadway producer and a member of The Broadway League. He said he was excited when he learned of the announcement.

"I think we'll have to see what audiences look like in July and what they tell us about whether or not they are more or less comfortable with masks on," Roth said.