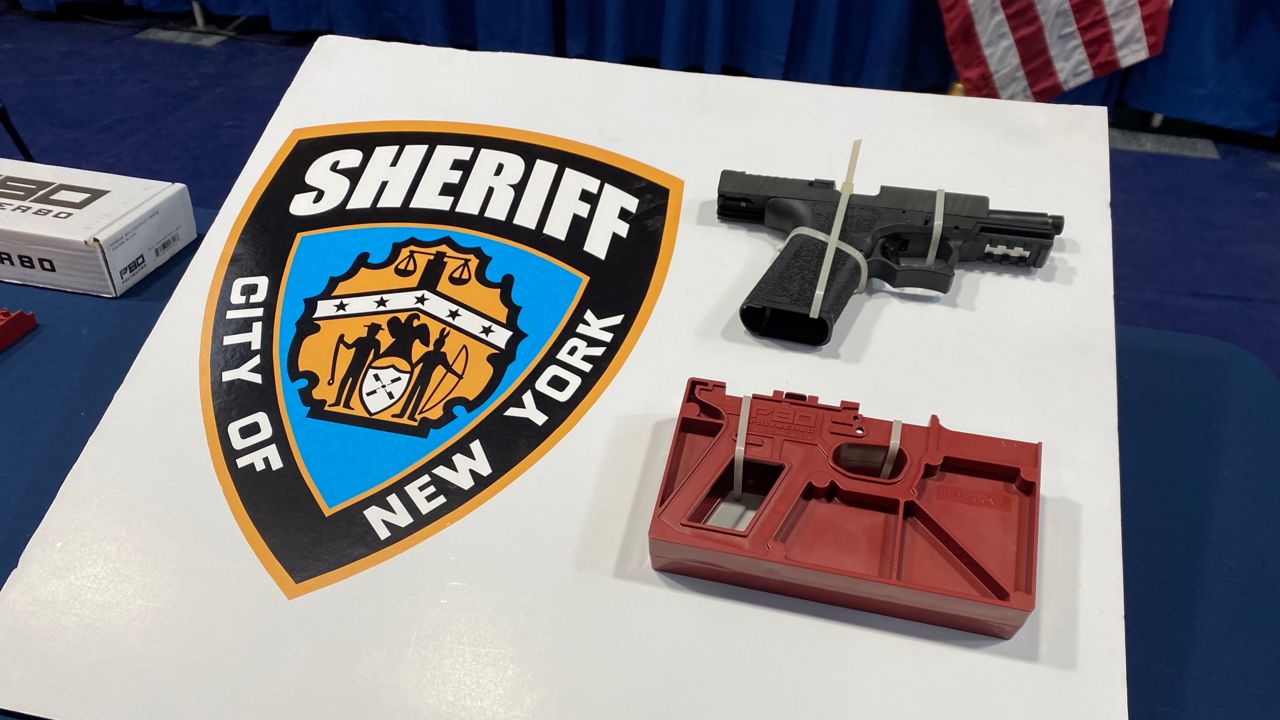 Speaking at a news conference in Manhattan, Mayor Eric Adams said the lawsuit is the result of an investigative operation performed by the New York City Sheriff’s Office.

According to the mayor, the five retailers — based in Missouri, Washington, Florida, and North Carolina — “advertised and sold through their websites” unfinished frames, receivers, and ghost gun kits to an investigator.

The gun components were shipped to an address in the city, violating state and city laws, the mayor said in a statement later.

“We are not going to let gun companies turn New York City into a city of mail-order murder,” Adams said in a statement. “Whether they are hidden in the trunks of cars or packed in a plain brown box, ghost guns are illegal in our city, and we will take every lawful action possible to stop gun retailers from profiting at the expense of the safety of our city.”

Adams referred to the ghost gun operations as the “plastic pipeline,” as many of the components sold by the companies are made from plastic, not metal, and are therefore more difficult to detect once out in the public. In recent months, Adams has decried the “iron pipeline," calling on lawmakers across the country to enact more stringent gun safety laws to stymie the flow of illegal guns into the city.

The complaint, filed in the U.S. District Court for the Southern District of New York, targets the following companies:​

None of the companies responded to request for comment.

In addition to the city’s lawsuits, New York Attorney General Letitia James announced her office at the same time has filed a separate lawsuit against 10 out-of-state gun distributors.

According to James, the companies have sold tens of thousands of illegal, unfinished frames and receivers to New Yorkers that were then converted into untraceable handguns and assault-style weapons.

“While families mourned loved ones lost to senseless gun violence, gun sellers avoided accountability for the illegal and dangerous weapons they sold,” said Attorney General James. “There should be no more immunity for gun distributors bringing harm and havoc to New York. My office’s lawsuit holds 10 gun sellers accountable for fueling the gun violence crisis and endangering New Yorkers.”

The NYPD has recovered a growing number of ghost guns in recent years, officials said.

From Jan. 1 through June 26, the NYPD recovered 180 of them — a 181% increase over the same time period last year, according to police.

The city has asked the court to issue a preliminary injunction, ordering the defendants to immediately stop shipping ghost guns in New York City.

Brownwells, a firearms company named in the attorney general’s lawsuit, responded to a request for comment Wednesday night.

"As one of the nation’s oldest, family-owned firearms retailers, Brownells has always taken its compliance obligations very seriously and we look forward to addressing these claims through the legal system,” a spokesperson for the company said in a statement.

The other gun manufacturers facing lawsuits could not immediately be reached for comment.