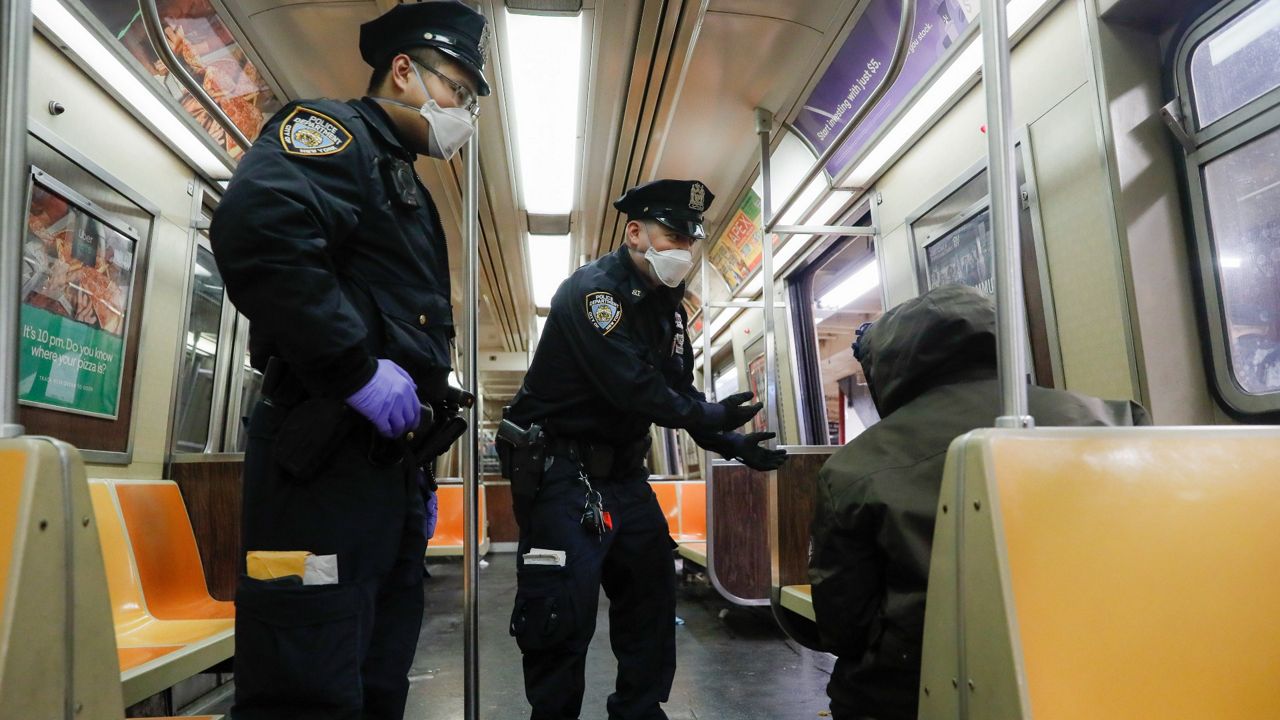 NYPD officers wake up sleeping passengers and direct them to the exits at the 207th Street A-train station, Thursday, April 30, 2020, in the Manhattan borough of New York. (AP Photo/John Minchillo)

Mayor Adams backtracks on solo cops in the subway

After a close call for a detective, Mayor Eric Adams is adjusting the city’s new plans for police officers to patrol solo in the subway system — now, keeping officers within sight of one another.

“It doesn’t make sense to have one person or one member of the service on the train because if you’re involved in a physical altercation no one is getting to you until you get to the next stop,” Paul DiGiacomo, president of the Detectives’ Endowment Association, said.

On Tuesday, police said a detective was patrolling the Pennsylvania Avenue subway alone when he told 24-year-old Alex Eremin to put out a cigarette. According to police, Eremin refused and eventually tried to drag the officer down the steps while reaching for the officer’s gun.

DiGiacomo said this incident is an example of why police should patrol subways in pairs.

“I had a conversation with the mayor and he is modifying the plan to bring it back to 2-person patrol on the train,” DiGiacomo said.

The NYPD sent a statement Wednesday stating, “We are continuing with the solo patrol concept by spreading officers out on posts but with the caveat that they will be within sight of one another.”

Adams referred to his own time as a police officer when making this decision. He said that back in the day, solo patrols in the subway were the norm and that this would allow police to cover more ground.

“The difference is the lack of respect for the police department and you have a lot of obstacles now. You have the diaphragm compression bill that the city council enacted that makes it virtually impossible to arrest a non-compliant subject without breaking the law,” DiGiacomo said.