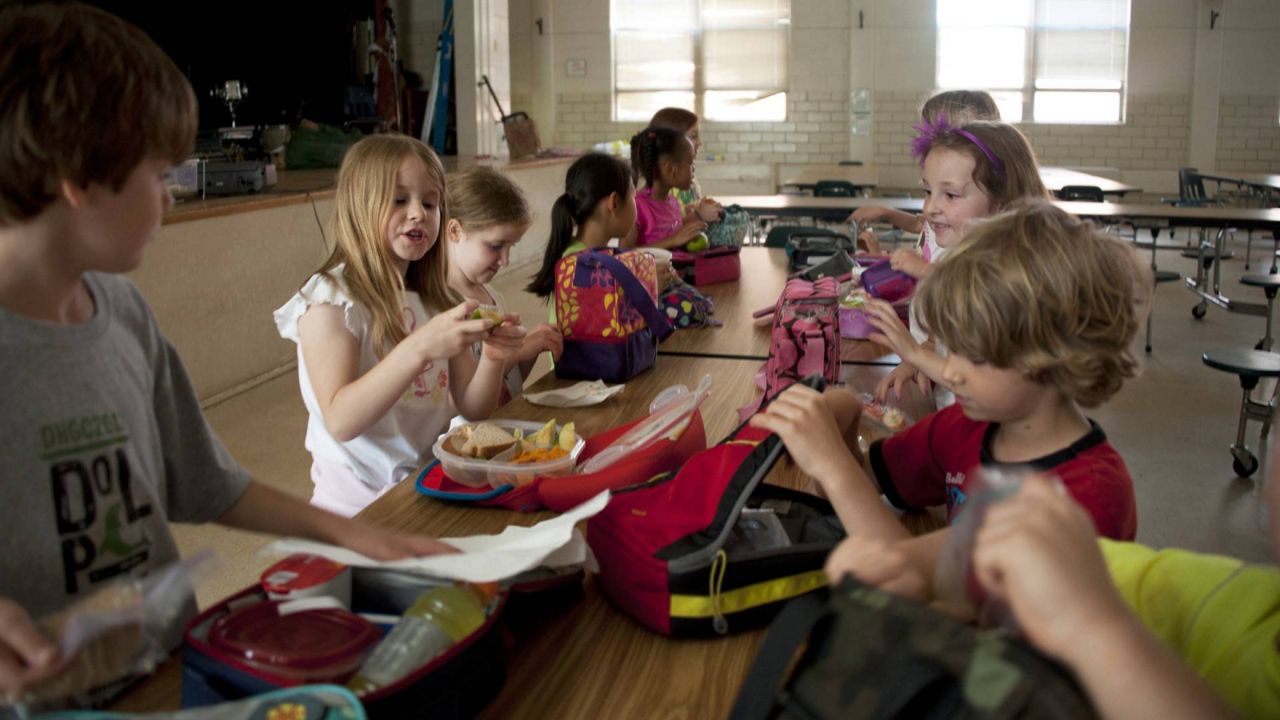 Special funding given to schools for student lunches during the COVID-19 pandemic is about to end, leaving many officials with less money and higher prices. (File Photo)

WASHINGTON — Uncertainty is on the menu in school cafeterias across the country.

Schools, already wrestling with higher food prices and supply chain disruptions, are about to lose special funding that allowed them to serve more students during the pandemic.

Many school districts have been forced to cut back or make substitutions in an effort to deal with the rising cost of food. At Nokesville School in Virginia’s Prince William County, the cafeteria staff are learning to improvise — they used to offer three entrees a day, but now it’s down to two.

“We’re not offering the students the variety they have come to expect,” said Adam Russo, the director of food and Nutrition for the Prince William County School District.  “We used to offer them all kinds of fruits and vegetables to expand their pallets, and we just can’t do that anymore."

Officials with the Prince William County School District in Virginia say they are paying 50% more for a typical school lunch than they did last year, and often must make last minute changes to the menu. For example, a carton of milk that used to be 21 cents is now 34 cents, and a chicken sandwich is now $1.25, up from 58 cents.

“Generally we are having a lot of difficulty finding some of our pre-prepared items, anything from chicken filets for sandwiches or pizza items,” Russo said.

A new survey of school districts nationwide, conducted by the School Nutrition Association, reveals 97% of meal programs reported challenges with higher costs, while 98% acknowledged problems getting some menu items.

“It’s definitely been different if we are unable to get the products, but often we know a few days ahead of time, so we are able to adjust,” said Laura Posey, a meal area manager with the Prince William County School District.

Now, schools are about to face new challenges when emergency pandemic funding expires on July 1. The U.S. Department of Agriculture — which has been offering schools $4.56 reimbursement for every meal served — will reduce its reimbursement to the pre-pandemic rate of $3.75.

“Our programs are in peril, we need help," Russo said. "With the waivers ending for next school year, we’ll potentially be at a $5-10 million deficit.”

Also ending is the pandemic-era rule that allowed schools to serve meals, free of charge, to all children — regardless of whether they qualify for free or reduced-price lunch, giving access to an additional 10 million students.

“There is a lot of hesitation among some communities about filling out the application form, you have to provide the last four digits of your social, we certainly hear that in heavily immigrant communities, families are hesitant to apply,” said Diane Pratt-Heavner with the School Nutrition Association.

One USDA waiver relaxed a rule that only allowed summer meal programs in communities where at least 50% of the students already qualified for free lunch. The anti-poverty group Share Our Strength estimates that one out of five summer meal sites open last year won’t be open this summer.

“The school we are at today is below that threshold and this community will not have summer meals available to them," Russo said. "The closest location to here may be eight or nine miles away."

There are a number of proposals on Capitol Hill to extend higher reimbursement rates, but there hasn’t been much progress. For now, schools are left to navigate food distribution headaches with even tighter budgets.