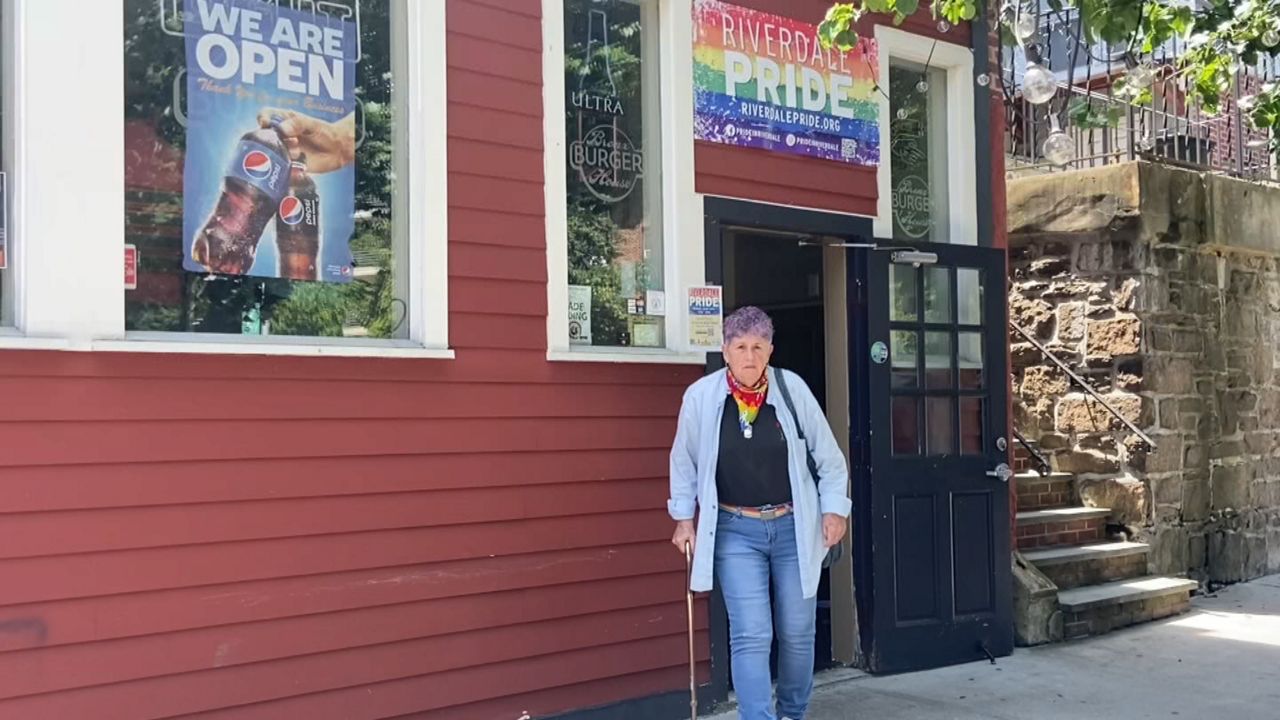 Marcy Owens has lived in the Riverdale neighborhood for 46 years. She moved here around the time she first told her friends and family that she is a lesbian. (NY1/File Photo)

Marcy Owens has lived in the Riverdale neighborhood for 46 years. She moved here around the time she first told her friends and family that she is a lesbian. Her loved ones were supportive, but she didn’t feel welcome everywhere.

Owens says she would often go to the Pride celebrations in Greenwich village, but it’s hard to do that now at 72-years-old.

“When I was younger, I went downtown all the time but now that I am older. There’s no place, except for Laura,” said Owens.

One of the few places she feels embraced is the Bronx Burger House, where General Manager Laura Levine-Pinedo makes it a point to make all patrons feel welcome. It’s one of the few businesses in the area to display the pride flag. When she started hosting Drag Queen Shows during brunch, she says some neighbors complained.

“People were messaging the burger house and me saying you shouldn’t do it. It’s disgusting and all these horrible things that I don’t really want to say, but it just inspired me,” said Levine-Pinedo.

She was inspired to host Riverdale’s first major Pride celebration. She says doing so is her way of promoting love in the face of hate. The event will be held at the Riverdale Neighborhood House and there will be pride inspired activities for the entire family: like face painting, live performances, music, a food truck and there two therapists are scheduled to be on-hand to help anyone who needs it.

“We can not call ourselves a community if not everyone feels like they are part of the community, so that’s why it’s very important to me.”

The family event will be followed by an after party at the bar and restaurant. On Sunday June 12th, they’ll be serving up awareness and a side of inclusion.

“Anybody with a voice can make a change, but you just have to do it and believe what you feel is right and not worry about the consequences,” said Levine-Pinedo.