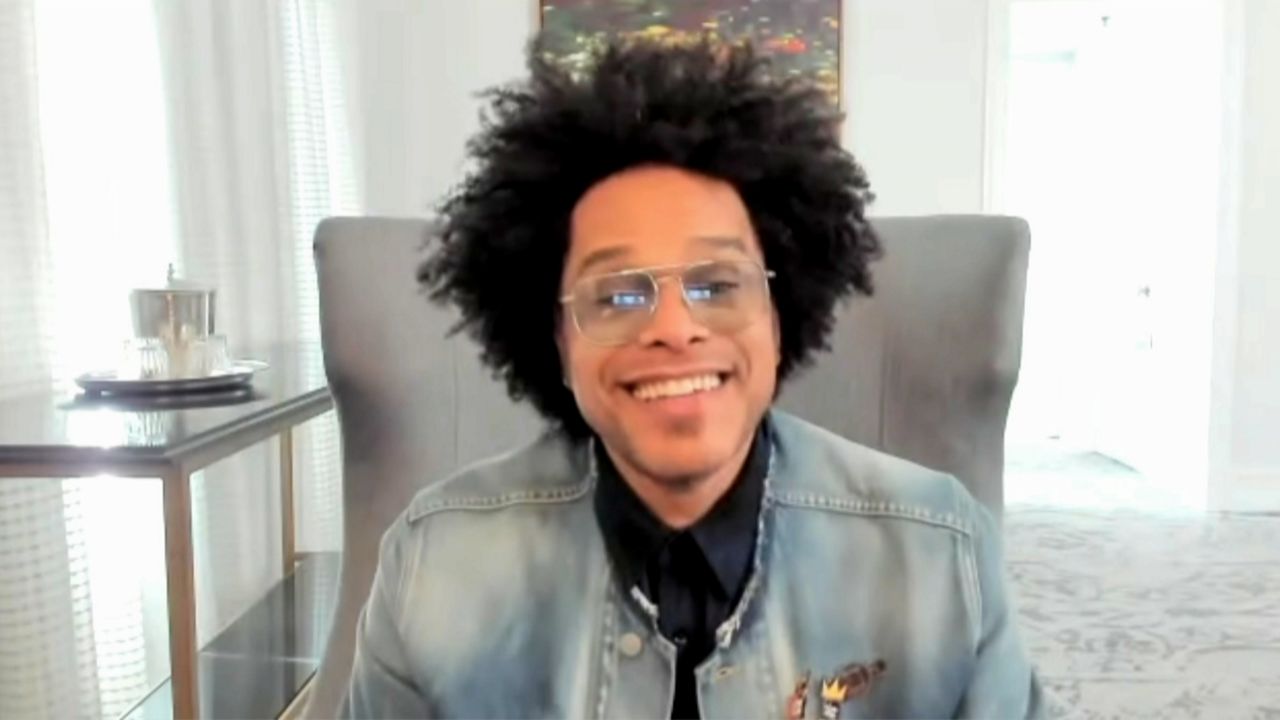 Just like one of his biggest hits, “Fortunate,” singer Maxwell has definitely been fortunate throughout his career. The three-time Grammy winner says he’s proud of the music he makes.

Shaking and grabbing his trademark afro, Maxwell said, “I’m extremely touched by the fact that someone with all of this nonsense going on could be in the R&B world.”

The East New York, Brooklyn native’s love songs have a distinct and seductive sound that stands the test of time.

Quite a few have become wedding songs, including “Fortunate,” “Ascension” and “Pretty Wings.”

The R&B star is still pretty surprised couples use the breakup song “Pretty Wings” for weddings. His goal has been to make songs that stand the test of time.

“When I was 21 years old, that was the aim. The aim was, if I can’t do this at 50, I’m not releasing it at 20 or 30,” explained Maxwell. “I’m just grateful that literally everyone went along with the ride. You have to understand that I was released in 1996 in the height of Hip-Hop.”

He credits other R&B and soul singers of the 90s for helping to inspire him.

“I have to give props to D’Angelo because he put out his record in '95 and kind of really helped open the door for like a very different sound, and then Erykah Badu. And just to be a part of that and to know that we came from that time.”

Maxwell is all about keeping soul music alive.

“All day long R&B progressive soul. Celebrating the masters, celebrating the ancestors, you know, Sam Cooke, Marvin Gaye. For me, it’s all about the tradition.”

While his focus was always on powerful music, initially he was not looking to become a star. He thought his big break would come when he submitted music for an album for the legendary group Earth, Wind and Fire.

“For me, I was real shy so I didn’t think I would be in the front. I thought that I’d probably write songs for people or make commercial jingles,” Maxwell said.

But eventually music executives liked his style. As he started performing at the Manhattan hot spot Nell’s in the mid-90s, others knew Maxwell was a rising star.

“So I kind of like overcame my fears, I had really bad stage fright,” recalled the singer. “My first show I did at Nell’s, Spike Lee was there, Eddie Murphy was there because it was a big club and everyone came.”

His latest single is titled “Off.” But Gerald Maxwell Rivera remains on it musically as well as consciously. He is trying to help people in Black and brown communities.

“I’m Haitian and Puerto Rican. My mom is from Haiti, my dad is from Puerto Rico. I have to pay it forward, so I work with a lot of organizations to try to get education to kids. I also work with APJ (Artists for Peace and Justice) which is a foundation that helps kids in Haiti.”

Maxwell has been busy so far this year, with numerous tour dates across the country. He is currently working on a new album and hopes to release it in the near future.