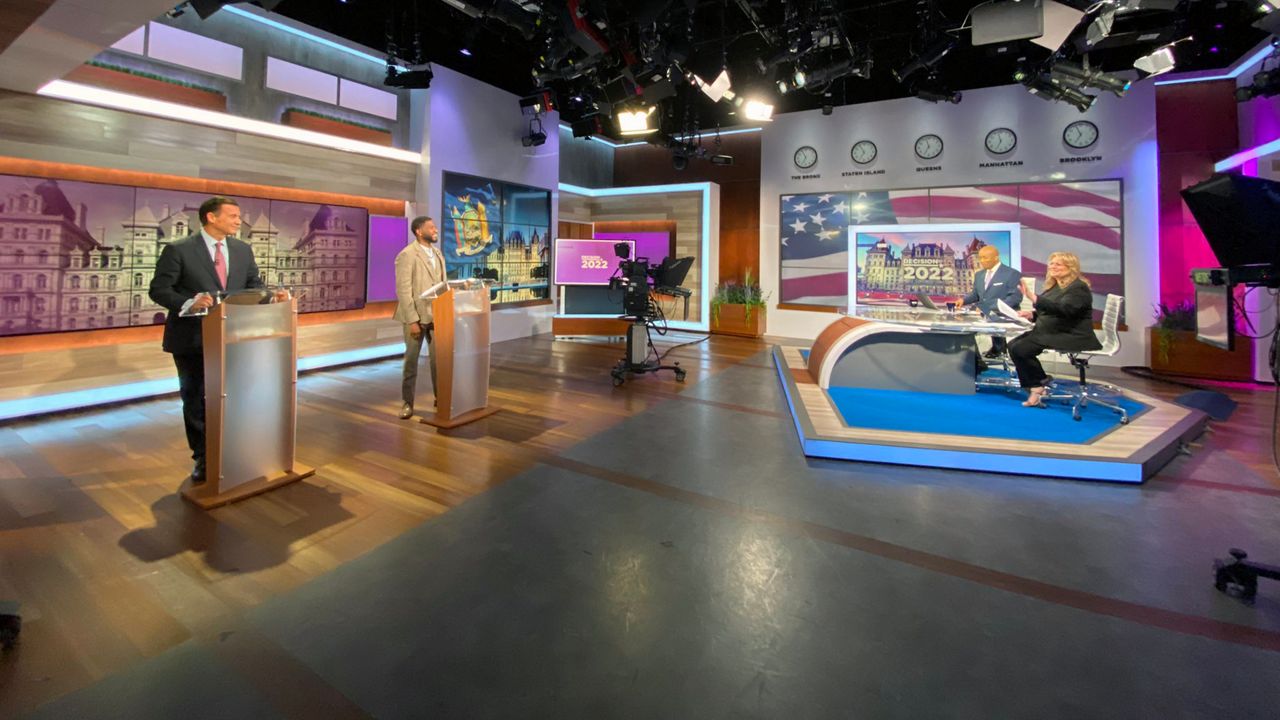 The two challengers to Gov. Kathy Hochul in the Democratic primary showed Thursday at a Spectrum News debate where they differ politically.

But they had some positions in common and also frequently attacked the incumbent, who declined to participate.

“I want to thank Tom for being here,” Public Advocate Jumaane Williams said of Congressman Tom Suozzi. “Although we have some differences, at least we both showed up. I really wish the governor would have as well.”

Suozzi and Williams faced off in an hourlong showdown moderated by Spectrum News anchors Susan Arbetter and Errol Louis.

Williams honed in on prevention, saying, “The demand, the penchant for violence, the reason that people are picking up guns in the first place, is something that we have to address.”

Suozzi seized on the question, and others, to attack Hochul.

“The red flag law’s a brand new law,” he said. “It’s three years old and it hasn’t been implemented.”

Hochul’s campaign provided Spectrum News with a statement saying she was skipping the faceoff to “focus on the end of the legislative session in Albany.”

The team said she will participate in two other debates before the June 28 primary.

In her absence on the Spectrum News debate stage, Suozzi showed on a question about bail reform how he’s challenging Hochul from her political right – at least on public safety.

Suozzi said mayors around the state, including New York City’s Eric Adams “are calling out to please give judges the discretion to consider [the] dangerousness of the people that come out before them.”

Williams is running as the primary’s left-leaning candidate, backed by the Working Families Party.

He said, “Most of the high-profile cases that are brought up had nothing to do with bail reform.”

Both Williams and Suozzi said they back efforts to make abortions a constitutional right, the Congress member from Long Island adding that preserving access is where he, the public advocate from Brooklyn and the governor from Buffalo are on the same page.

Suozzi and Williams used even the cross-examination portion of the debate – typically intended for attacking even other –  to challenge Hochul’s record.

“This is going to be a tough one for Jumaane. Jumaane, how do you think Kathy Hochul is doing as governor?” Suozzi asked his rival.

The debaters both noted that Hochul formerly received an A rating from the NRA.

The governor this legislative session did strike a deal with lawmakers on a comprehensive gun safety package.