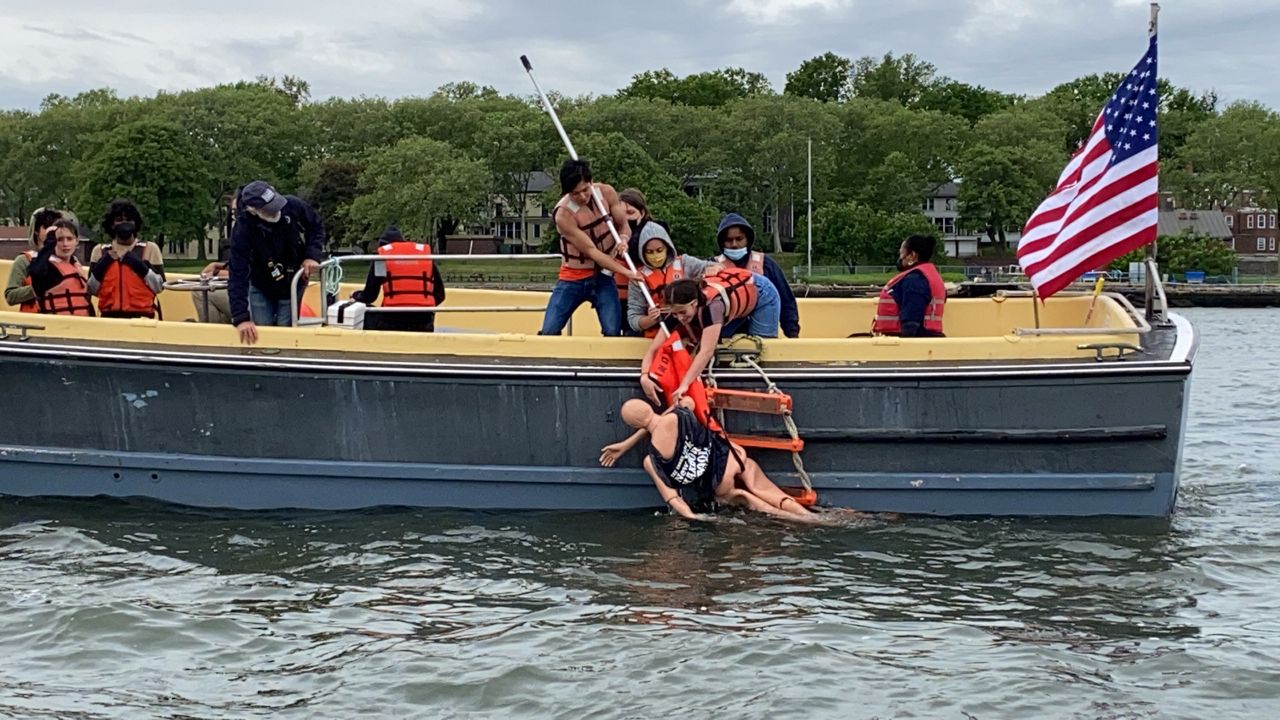 At this school, students get out of the classroom and onto the water

There are more than 1,800 public schools in New York City.

But just one of them is located in the middle of New York Harbor, accessible only by boat.

And the ferry ride to Governors Island is just the beginning of the maritime experience students get at the Urban Assembly New York Harbor School.

“Today we were practicing man overboard drills, which is just routine practice for us,” student Harry Harwood-Matthews explained.

Compared to most classroom activities, it’s anything but routine.

At this school, students are out on the harbor, pulling dummies out of the water for practice in live rescue situations. The dummy has a name — Oscar. And pulling him from the swirling currents of the harbor is no easy task.

“When wet, it's pretty heavy. It's definitely not the same way as a regular human, but it gets up there,” Hararwood-Matthews said.

The school offers seven career and technical education tracks. The students running man-overboard drills are studying vessel operations. They work on the school’s small boats in the harbor, and if they need a bigger boat, the school has a simulator. Schools Chancellor David Banks took it for a spin during a visit Tuesday.

Other tracks include ocean engineering, professional diving and aquaculture, which allows students to study water chemistry and animal husbandry. They work with the Billion Oyster Project to cultivate oysters to put into the harbor.

“Every oyster can filter 50 gallons of water a day. So if we put a billion oysters into the New York Harbor, it could filter the water in three to four days,” the school’s principal, Jeffrey Chetirko, said.

The school is open to students from all five boroughs, and many have long commutes to get here. The early morning journey from the Bronx is worth it to Ethan Martinez, who is studying professional diving.

"It's the dream. It's unheard of by like most schools or —  most of my friends are bewildered that I even have the opportunity to do that,” he said.

And in a few years, more students will get that opportunity. The school is set to expand into a third building on the island, adding four-hundred seats and a swimming pool, by 2026.

“They understand how you get kids to be engaged in their learning,” Banks, the schools chancellor, said. “And that's the key, no matter what subject that you're dealing with. When you find a great teacher, that great subject, and kids get excited, and they buy in, the sky's the limit.”