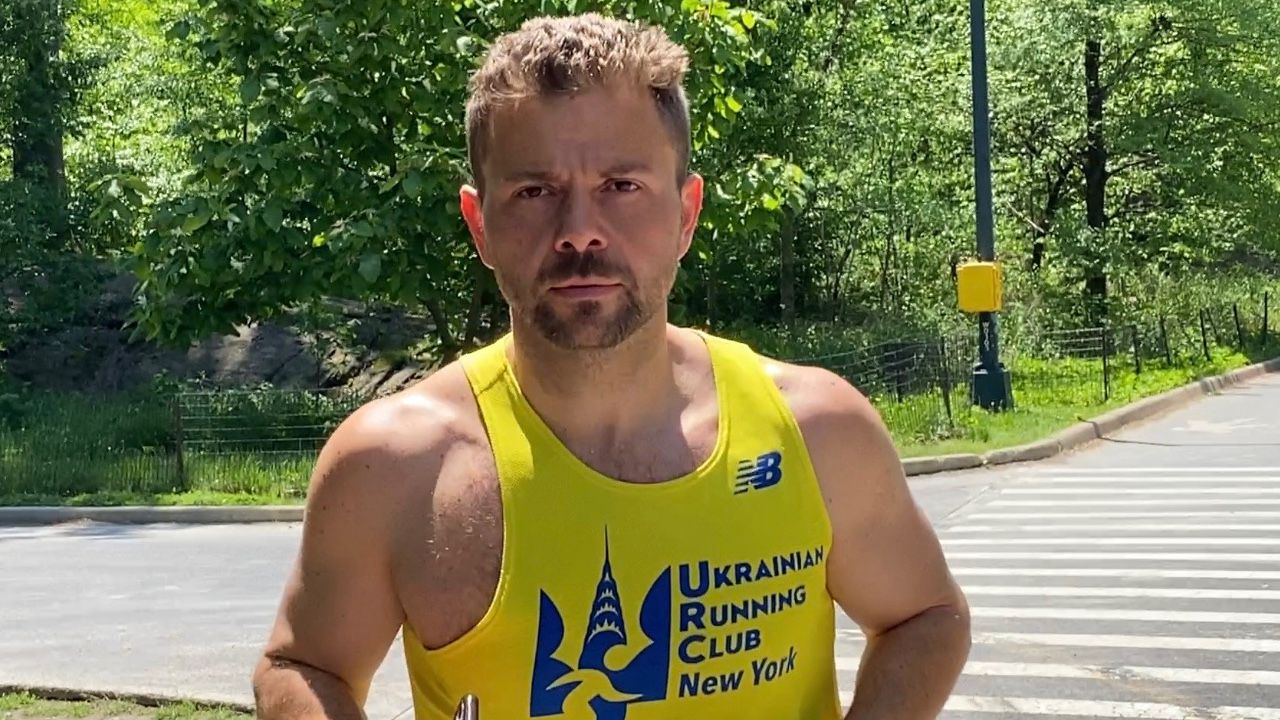 Dmitriy Boyko moved from Ukraine to the city 26 years ago when he was 11 and has competed in 32 New York City Roadrunner races. Boyko has co-founded Aid Ukraine Now, which raises money for children who lost their parents in the war. (Spectrum News NY1)

Ukrainian runner raises funds and support ahead of Brooklyn Half Marathon

The Brooklyn Half Marathon will return at full capacity for the first time since the pandemic, with more than 22,000 runners expected to participate this Saturday. Among them will be members of the Ukrainian Running Club, who are generating awareness about the ongoing war and raising money for the Ukrainian people.

Dmitriy Boyko moved from Ukraine to the city 26 years ago when he was 11 and has competed in 32 New York City Roadrunner races. But Saturday's Brooklyn Half Marathon is different, knowing the challenge is nothing compared with the struggle his friends and family in Ukraine are enduring.

“I think resilience is what defines us as the people in the Ukraine," said Boyko. "We don’t want to quit because we are sad and upset, we just want to keep going and keep running.”

Many of his family members are still there, including his cousins who live in Kyiv and his grandmother, now living under Russian occupation.

“I spoke with her on the first day of the Russian invasion and I haven’t spoken to her since,” Boyko said.

He's been a member of the Ukrainian Running Club since 2016 and it's supporting Ukraine through a non-profit organization he co-founded called Aid Ukraine Now, which raises money for children who have lost their parents in the war.

“It’s scary because you get used to the war. They got used to having rockets fly over their heads,” Boyko said.

According to the United Nations, more than 6 million people have fled Ukraine since Russia invaded on February 24. The UN also estimates more than 2,700 civilians have been killed and another 3,000 injured.

"On one hand, you’re feeling like you should be there but, it is difficult to watch, and I have childhood friends who are actually fighting there,” Boyko said.

He urges the U.S. to continue sending weapons to support his former countrymen, saying he'll keep running and raising money for them.

He knows every step he takes may take him closer to helping those he loves so far away.

You can support the Ukrainian people by making a donation at aidukrainenow.org.