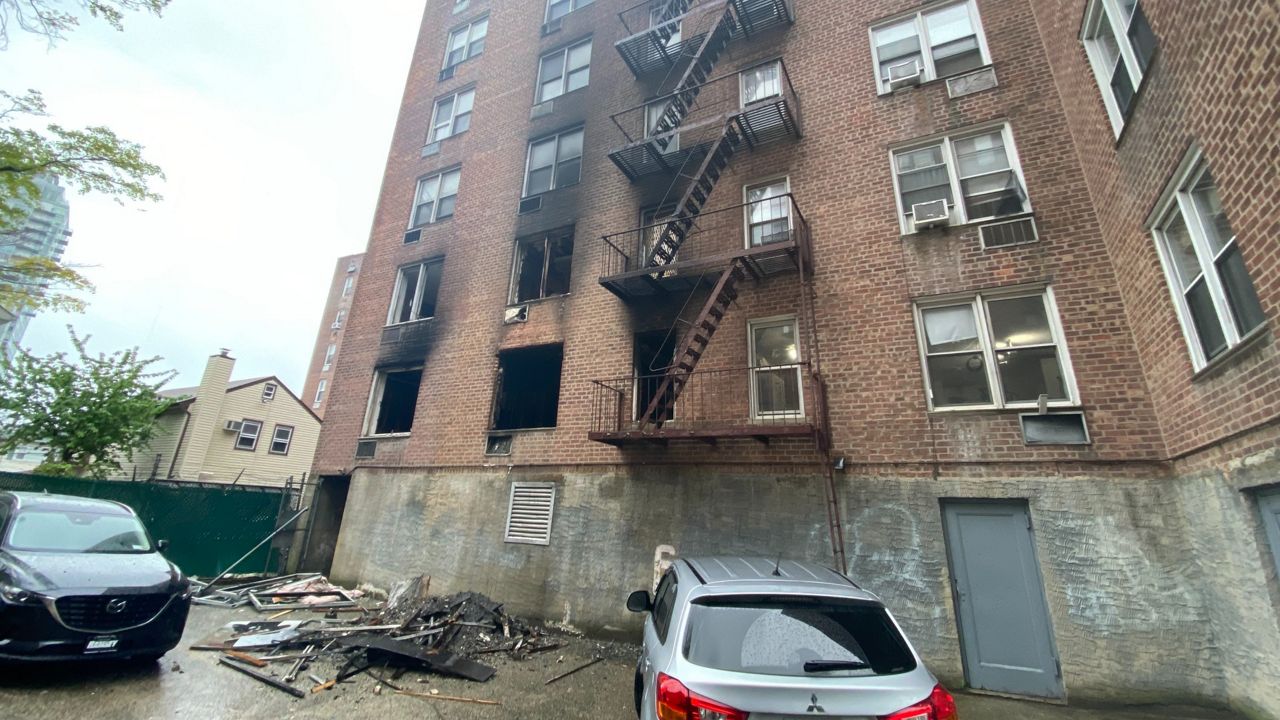 After receiving word of a two alarm fire on Homecrest Avenue in Sheepshead Bay that sent residents rushing out of their apartments, American Red Cross Response Manager Nancy Soto tells NY1 she was in constant communication with her field crew to help emergency relief efforts including housing.

“I’m for the Red Cross 24/7,” Soto said. “If they call me in the middle of the night, I’m there. This is my passion. So whatever is needed, when somebody is in need, I’m there!”

The FDNY says the Brooklyn fire broke out just before 4 a.m. Saturday, with 12 civilians and three firefighters sustaining minor injuries.

Soto says so far, three households that were affected by the fire signed up for emergency assistance thru the Red Cross.

“It makes me very sad because I know if I put myself in their shoes, it’s terrible not knowing where you’re going to go next,” Soto said.

From last Sunday to Saturday’s fire in Sheepshead Bay, the Red Cross in greater New York says it has sent response teams to more than 25 fires in the five boroughs, with about five dozen households signing up for shelter and other assistance.

Meantime, the Red Cross says since the start of the year it has responded to 6% more fires citywide and 26% more fires in the Bronx over last year.

That included Tueday's fire that claimed the life of a 73-year-old woman in the Fordham section of the Bronx.

That fire took place just four months after 17 people, including eight children, were killed following a deadly apartment fire in that same Bronx neighborhood that also required help from the Red Cross.

Red Cross officials say while the uptick in fires has kept their staff very busy, they have been fortunate to have a deep network of volunteers to call upon, whenever necessary.

But with Hurricane Season starting June 1, officials are hoping to encourage more people from across the five boroughs to sign up to volunteer.

“We want to have more New York City volunteers to be able to support us in the event of those larger scale emergencies,” Michael de Vulpillieres said, communications officer for American Red Cross in greater New York.

In addition to her day job doing payroll in the private sector, Nancy Soto said she also trains new volunteers for the Red Cross. And she would be eager to have you join the team.