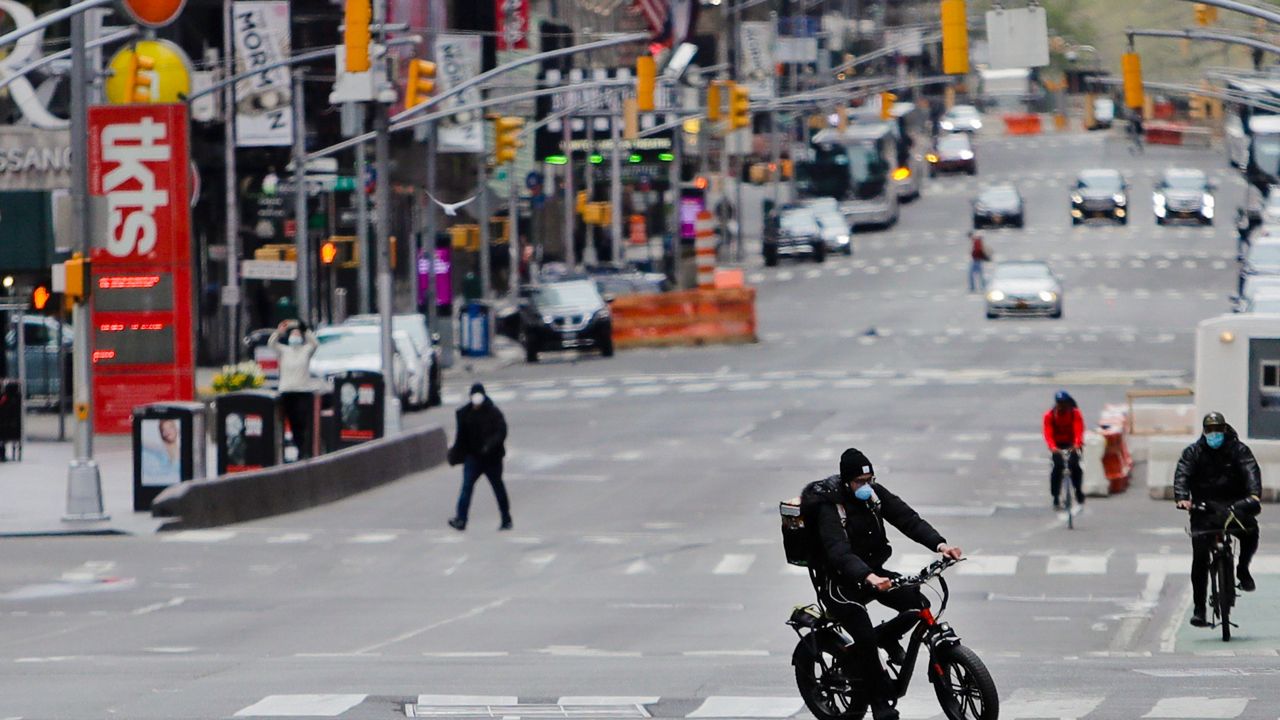 The latest was on Friday afternoon, when a man on a motorized bike was hit by a white van after his brakes locked up and flung him onto the road, police said.

According to NYPD, the driver of the van, who stayed on scene, made a left turn on 21st Street from 4th Avenue in Sunset Park. At that intersection, there's a big sign specifying no left turns. No arrests were made, according to police, but the NYPD's Highway District's Collision Investigation Squad is investigating.

First responders performed CPR on the victim, 55-year-old Peter Costello, but it was too late.

He said he's tired of the dangers on the community's streets.

“It’s not a surprise because it’s a neighborhood that’s been neglected for a very, very long time from the city,” he said.

Throughout the city this week alone, there was a hit-and-run, critically injuring someone walking in Queens Friday morning. A bicyclist died after he was hit by a garbage truck in Brooklyn Thursday. A 16-year-old was killed after a truck rammed into her while she crossed the street on her way to school in the Bronx on Wednesday. A 21-year-old NYU student died after he was struck by a car walking in Manhattan.

On Friday night, a 38-year-old woman was killed crossing the street in Astoria.

“These are not just stats. These are real people," said Cory Epstein, who is a spokesperson for Transportation Alternatives. "These are real lives and these are communities destroyed.”

Epstein said there’s been a 13% increase in traffic deaths this year compared to this time last year.

"This is a crisis on our streets," he said. "We cannot delay."

This month, Mayor Eric Adams announced a $900 million investment in a streets plan that includes redesigning about 1,000 city streets to make them safer.

Earlier Friday, he talked about traffic deaths in New York.

“We are going to lean into what’s called traffic stop stats because we need to monitor in real time and apply the resources where they’re needed," he said at a press conference.

Part of that, he said, is finding out which intersections are the most dangerous in the city.