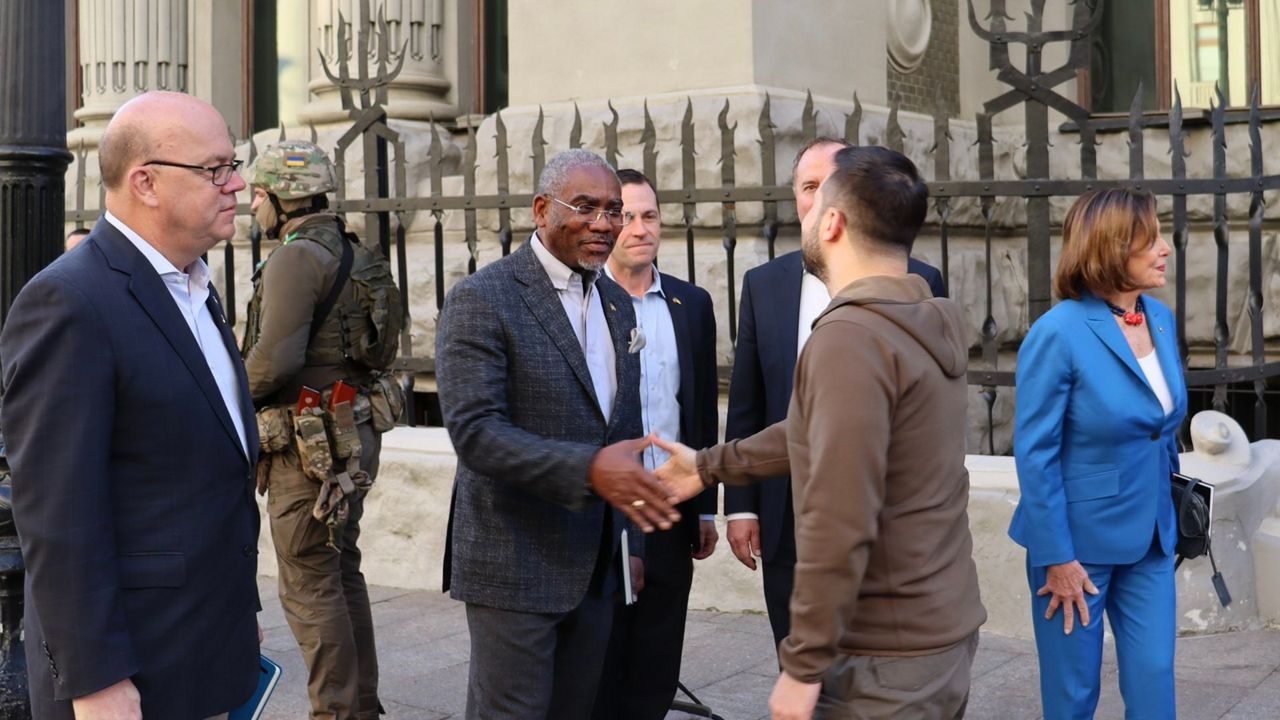 Queens Democrat Gregory Meeks traveled to Kyiv over the weekend with other House leaders, including Speaker of the House Nancy Pelosi. (Photo courtesy of the House Foreign Relations Committee)

'He's more than met my expectations': Rep. Meeks reconnects with Zelenskyy during visit to Kyiv

It was a return to Kyiv for New York Congressman Gregory Meeks.

The Queens Democrat, who chairs the House Foreign Affairs Committee, traveled to the Ukrainian capital over the weekend, where he had a chance to reconnect with President Volodymyr Zelenskyy.

The two last sat down in January, only weeks before Russia launched its attack on the Eastern European nation.

“He’s more than met my expectations,” Meeks said of Zelenskyy, praising him as a “real leader” that history will record as an “inspiration to his people.”

In an interview with Spectrum News NY1 after he returned stateside, Meeks said he remembered looking into Zelenskyy’s eyes when they met ahead of the invasion. It made him think about a sit down he had with the leader of another embattled nation: Afghanistan.

“I wasn't so sure that [former Afghan President Ashraf] Ghani and Afghanistan had the will to fight,” Meeks said.

“But looking at Zelensky … He says, ‘Look, just give us the weapons that we need. We don't need any American fighters on the ground. We will fight for our sovereignty,’” Meeks recalled.

House Speaker Nancy Pelosi and other congressional leaders joined Meeks on this weekend’s trip, which was kept a secret beforehand for security reasons.

The visit was intended to show the world that America stands with Ukraine.

Meeks said he was pleased to see that Kyiv’s basic infrastructure is still intact – though the bustle he saw on the streets back in January is now a memory.

“Basically, everything was closed. [There are] very few people walking around,” he said.

While Meeks said he felt safe during the visit, the brutalities of the ongoing war were never far from his mind.