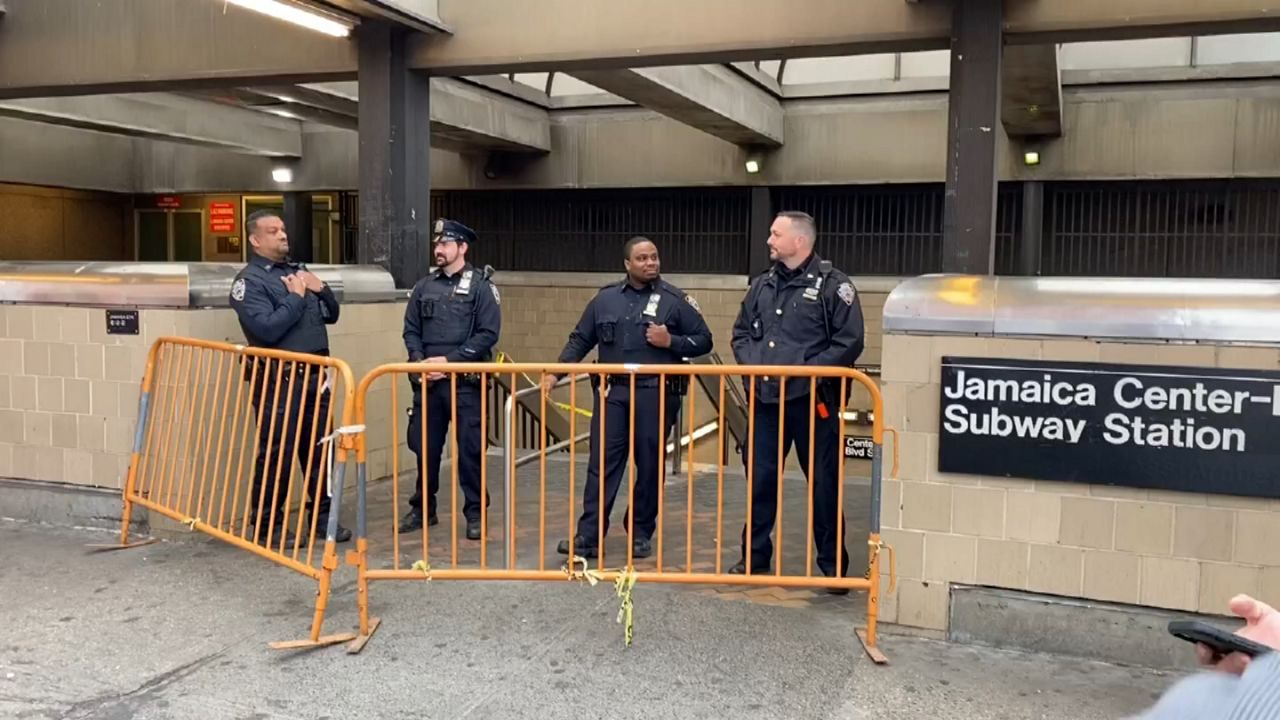 (Police guard an entrance to a subway station in Queen after a shooting. (Spectrum News NY1)

One dead after shooting in Jamaica subway station: NYPD

Police say five shots rang out inside a busy subway station at the Jamaica Center transit hub during the start of the evening rush hour Monday, leaving a 24-year old-man dead.

According to the NYPD, the fatal shooting started in front of a subway station booth around 4:30 p.m.; a war of words turned violent, then deadly.

EMTs rushed the victim to Jamaica hospital, where he was pronounced dead.

“During the course of that fight, the suspect pulled out a fire arm and fired several rounds, which struck the victim in his torso,” NYPD Transit Bureau Chief Jason Wilcox said.

It’s the latest violent attack in a subway system where felony assaults were on the rise this through March, then on April 12 an alleged act of terrorism on a rush hour N train in Brooklyn left 10 people shot.

There were 150 felony assaults in the first three months of the year, 31 more attacks than the same period last year and higher than pre-pandemic years, NYPD data shows.

Assaults where the victim was stabbed or slashed are up more than 70%.

Attacks where the victim was hit with an object like a stick or a hammer are up 48%.

“Many of these assault incidents have started as a dispute: a bump, a shove, a shoe stepped on or an argument over a seat, then quickly escalated to violence,” Wilcox said at an MTA board meeting.

There have also been increases in assaults on transit workers and police officers, particularly those that start with the officer trying to enforce so-called “quality-of-life” rules.

The increases in crime come as the NYPD has increased patrols of the subway, including on board trains: 34% more trips this year than last year.

Arrests are up 64% this year, according to police.

The NYPD has been interviewing witnesses and going over surveillance footage from cameras inside the subway station in Jamaica. Meanwhile, no arrests have been made.

The NYPD is asking anyone with any information to call Crimestoppers at 1-800-7577 tips.