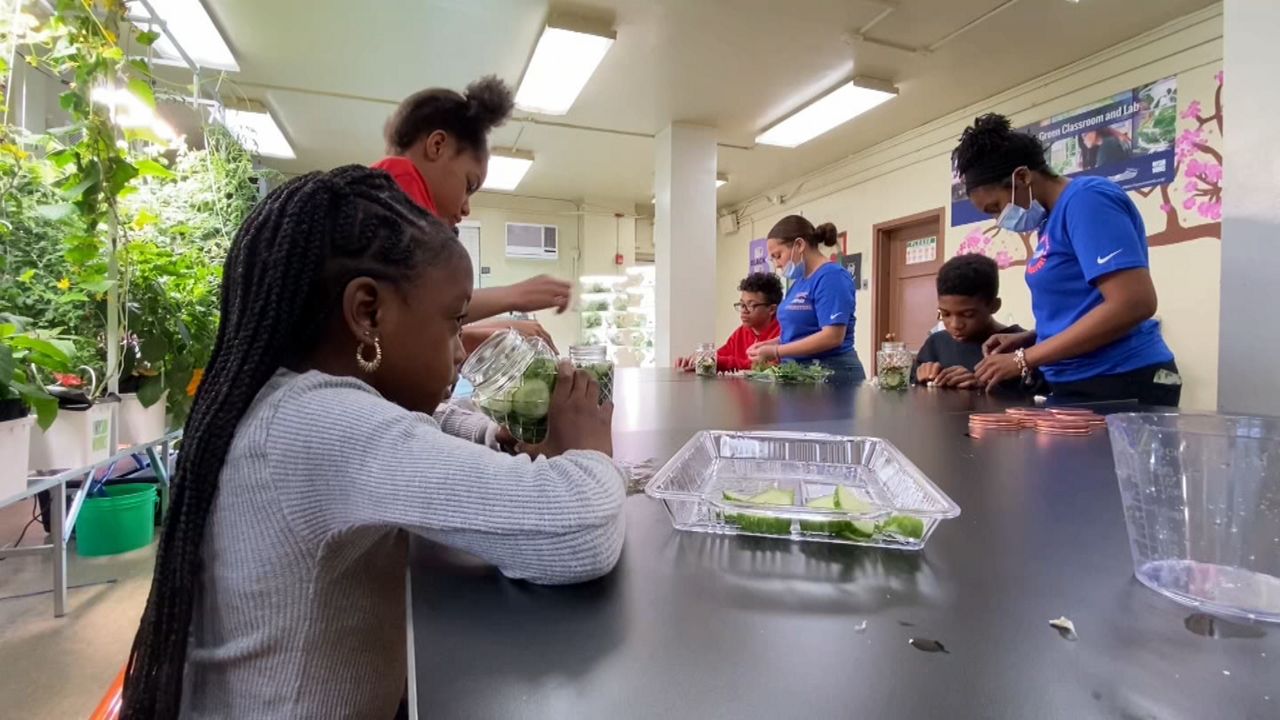 At one NYCHA development, children are learning about science and sustainability, and growing some delicious food at the same time. (Spectrum News NY1/Jillian Jorgensen)

How a garden grows inside a NYCHA community center

A garden is growing inside the Astoria Houses NYCHA development. And the students tending it are growing green thumbs.

It’s a hydroponics lab, a partnership between the HANAC Astoria Cornerstone program, New York Sun Works, and the New York Power Authority. And after school each day, children are learning about science and sustainability — and growing some delicious food at the same time.

“It’s all water based,” Jazmine Carr, a group leader for HANAC Astoria Cornerstone, said. “So, for, example, we have lettuce, dill, lavender, tomatoes, peppers cucumbers, watermelons. And we harvest, we try to harvest every month.”

The labs are most commonly found in schools, but this is the first site within a NYCHA community center.

“It’s just great to see them be excited to actually now understand the importance of farming and actually having fresh vegetables and it actually triggered them to now wanting to eat better,” said Rafael Santana, program director for HANAC Astoria Cornerstone.

Through the program, students see how a tiny seed turns into a cucumber, and how that cucumber turns into a pickle.

“Half the kids didn’t know that cucumbers are pickles. So that’s a lesson we will be learning today,” Carr said.

And the steps: carefully slicing cucumbers, then garlic, adding the ingredients, and giving it all a good shake.

Nine-year-old Blessing Byrd has high hopes for her pickles.

She says she’s most excited to watch the progress of a watermelon plant that’s already started to bear tiny fruit.

And she’s ready to see it all the way through.

“It’s going to be cool, and then you just eat it all up,” she said.