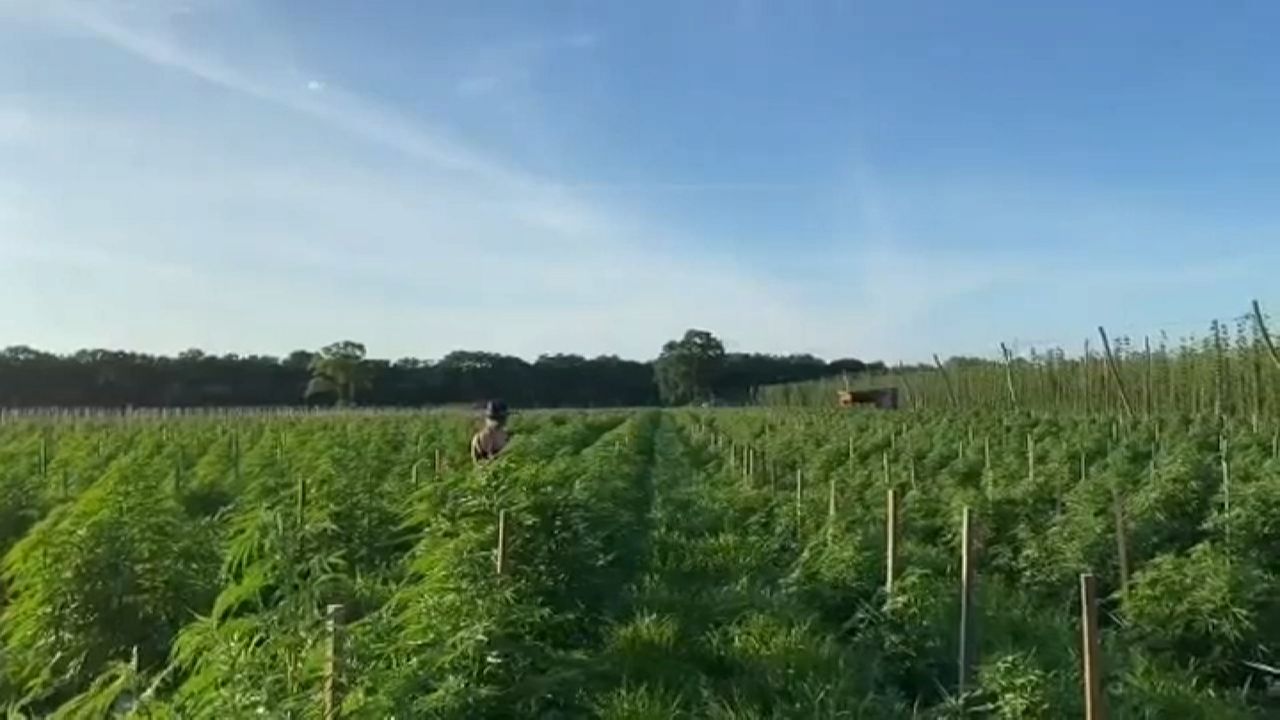 New York hopes to have its first adult-use marijuana dispensaries open by the end of the year. Until recently, it was unclear where stores would get their product. But that changed last week, when the state granted 52 cultivation licenses to New York farms.

When the city’s first cannabis dispensaries open later this year, some of the marijuana will come from what is currently an empty field on a Long Island farm 50 miles outside the city.

Route 27 Hemp Yard in Moriches is now licensed to become one of the state’s first commercial pot farms. Like the 51 other growers awarded licenses last week by the state’s Cannabis Control Board, Route 27 already grows hemp, which is similar to the marijuana plant but low in THC, the compound that produces a high.

Route 27 instead grows hemp for CBD, a different compound shown to have some health benefits.

And growing marijuana plants will be a very similar process, except Andoos will have to beef up security, including installing an electrified fence.

“We’ll have cameras all through this field,” he said. “It’ll actually have face recognition, motion sensors.”

The state, in awarding licenses, has given priority to small, local operations like Route 27, a 12-acre farm with just two full-time employees. While Route 27 has run a successful business in part by selling its own CBD products, the new adult-use marijuana marketplace could be a game-changer.

“The demand is there, and we don’t have the supply” in New York, Andoos said. “So, simple supply and demand economics. Absolutely, it will be lucrative for everyone involved.”

Hemp produces the same distinct odor as marijuana, which has drawn complaints from neighbors in the past. That odor will only grow stronger this harvest season, but Andoos shrugs off those concerns.

Growing season is fast approaching: seedlings go in the ground in late spring, and the harvest comes in late fall, just in time to supply New York’s first adult-use dispensaries, which are slated to open by the end of the year.