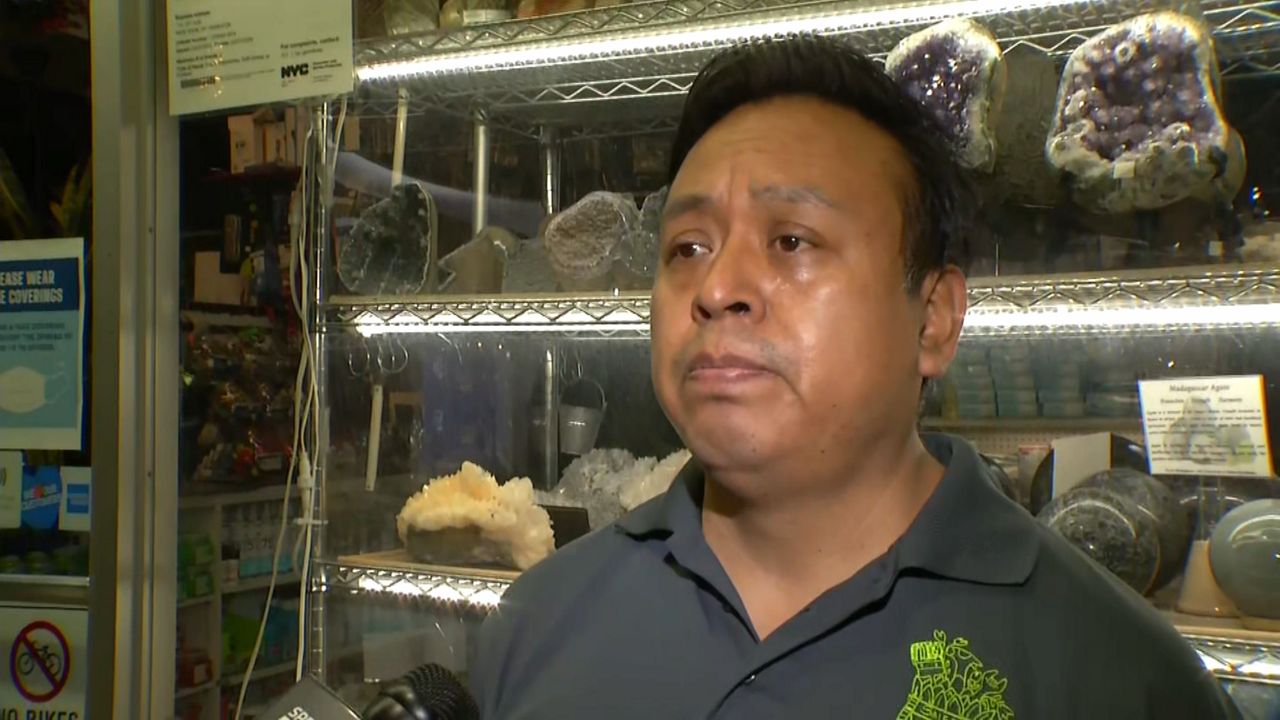 Francisco Puebla hopes his good deed will get him some traction with City Hall as he seeks to solidify his immigration status. (NY1 Photo)

Two men were installing security cameras in the hardware store Francisco Puebla manages in the East Village when Frank James walked by. The alleged gunman who shot 10 New Yorkers on board an N train Tuesday had been at large for nearly 30 hours.

“I say, just turn around and just confirm with me that if I’m right or wrong because I think I’m seeing that person that did the shooting last morning,” Puebla recalls saying to the two other men, Zack Tahhan among them. Tahhan garnered much media and social media attention for his boisterous retelling of James’ apprehension, including in one viral clip where he grabs a NY1 microphone and begins interviewing his colleagues.

Puebla says he was the one who flagged down the cops. And now he hopes his good deed will get him some traction with City Hall as he looks to solidify his immigration status.

“I didn’t think twice, I just went over to the police car and I told the police officer ‘police officer, I hope I’m not making a mistake but I think I just saw the person that did the shooting,’” Puebla said.

Police have declined to confirm who they credit with spotting James, though they announced five New Yorkers would be splitting the $50,000 reward. A man who identified themselves as James called Crime Stoppers and reported they were at a McDonald’s in the East Village, law enforcement sources said.

The father of two, Puebla is an undocumented immigrant from Mexico.

“I feel good, but like I say I’m kind of worried because I have family. I have a wife. I have kids,” Puebla said.

His lawyer, Luis Gomez Alfaro — who is also a NY1 Noticias contributor — reached out to the mayor’s immigrant affairs office to see what assistance they could provide.

“His participation in the arrest of such a notorious individual puts him at a heightened risk,” Alfaro said. “The city will send a strong message that those that cooperate with law enforcement, those who go out of their way, should not be afraid due to their immigration status.”

City Hall told NY1 they are looking into a request for a meeting.

“Right now, yes I’m the hero,” Puebla said. “But my question is what’s going to happen later when this is over?”