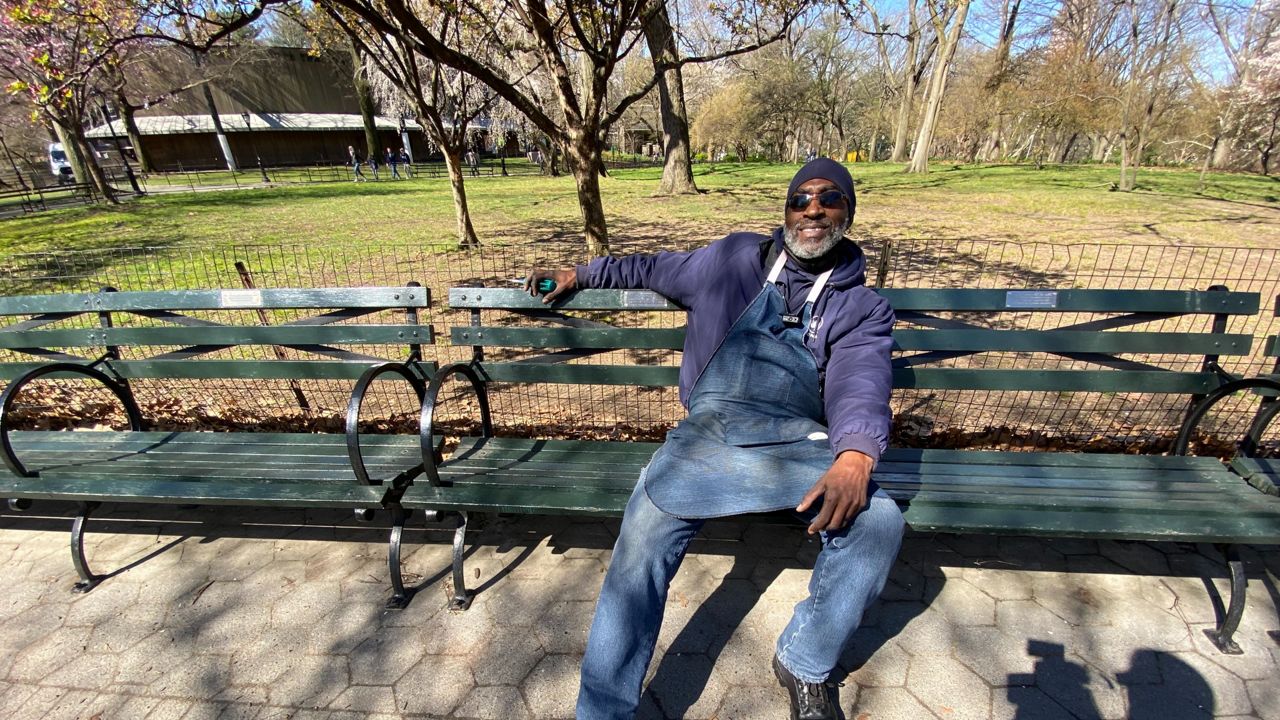 On a visit to Central park, you have probably seen the plaques on benches through the Central park Conservancy's Adopt a Bench Program. All of those plaques -and there are thousands, are installed and maintained by a long time staff member - our Roger Clark met up with him.

Louis Young has a routine for a job that is anything but routine. Young has been working in Central Park for more than 40 years, and he calls himself a jack of all trades. He repairs benches, pavers, and picnic tables. He is also the one who installs plaques for the Central Park Conservancy's Adopt-A-Bench program, which was established in 1986.

"When the program began in 86, the president at the time had come to Lou with a plaque and said, ‘Hey, I need you to figure how to put this on a bench,’ and that's exactly what Lou did," said Stormy McNair, the fundraising manager of the Women's Committee for the Central Park Conservancy.

The plaques are dedicated to friends and loved ones with heartfelt and sometimes whimsical messages engraved on them. Of the more than 10,000 benches in and around the park, 7,600 have been endowed at a cost of $10,000 a piece. Proceeds go towards the Conservancy's mission to care for the 843-acre park.

Young has installed thousands of plaques over the years, using a frame-like device he built himself – he calls it his guider – to get the job done perfectly every time.

Young, who came to New York from Alabama after a stint in the Army, favors one particular bench near the Great Lawn section of the park. That's because it's his bench, with his own plaque, dedicated to him by a donor for his years of hard work in the park. It was a surprise. In fact, Young installed the plaque himself.

Young says he has no plans to stop working. He says when that time comes, he will know

So next time you are in the park near the Great Lawn, look for Young's Bench, and take a seat for a while. Nothing would make him happier.