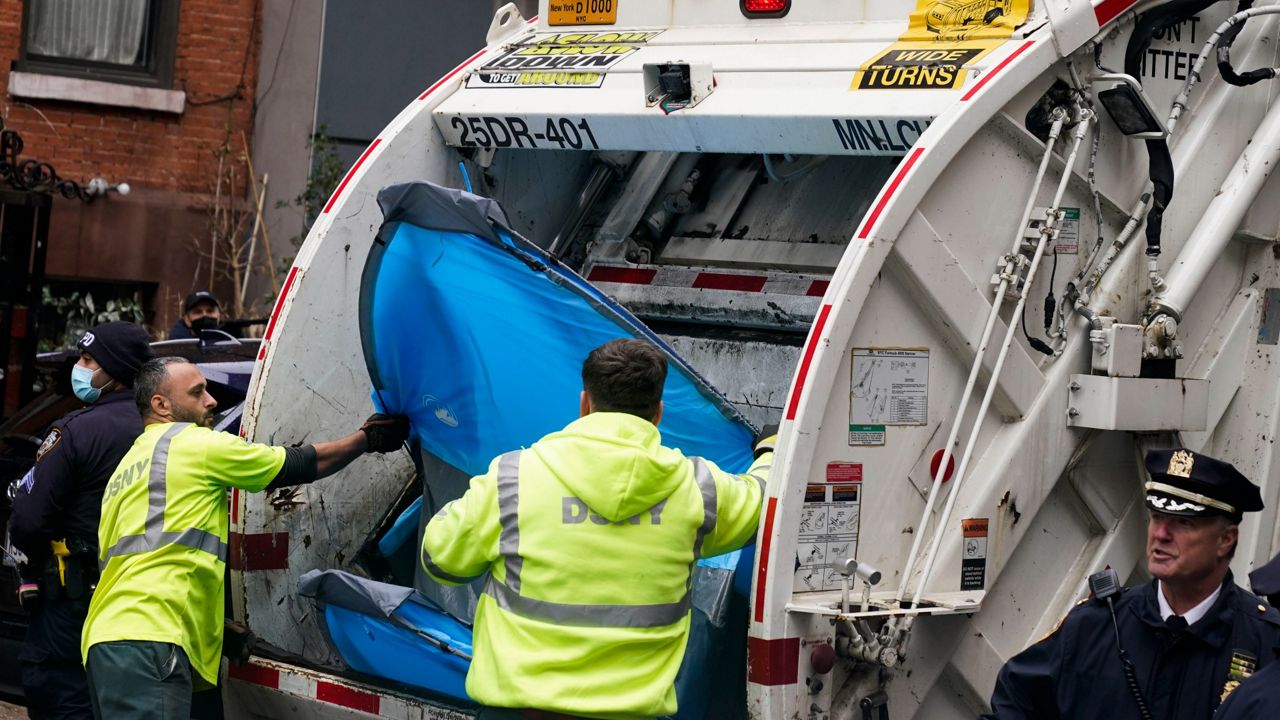 `More than 100 people gathered in Tompkins Square Park Friday to call on the city to stop removing people from their homeless encampments.

The rally came after a tense scene Wednesday near the park, when city crews tried to clean up a handful of tents and were met with resistance.

A standoff ensued between police and activists and some homeless people that ended in several arrests.

On Friday, there were several speakers at the rally, with a focus on two requests: the city end the homeless encampment sweeps and provide safe housing for homeless New Yorkers.

“Housing is a solution to homelessness,” said Cynthia, one of the speakers.

Mayor Eric Adams appeared on "Mornings on 1" Friday and said the city is a right-to-shelter city.

"No one is turned away if they need shelters," he said.

In a little more than a week, the city has cleared more than 300 encampments.

NY1 reached out to a city spokesperson to find out how many of the homeless have accepted assistance in a shelter or a safe haven. As of Friday night, there was not a response.

“It’s not right that people have to be forced to go to shelters that don't properly service you right," said Josephine Perez, who has battled homelessness herself and has slept in Tompkins Square Park.

Adams said some of the encampments have had syringes and feces on the ground.

“I’m not going to allow the normalizing of people living on our streets that we have allowed to happen before and I’m not going to continue allowing it to happen," he said during his interview on Mornings on 1. "It’s inhumane. It’s not right.”

At the rally, attendees held a moment of silence for a homeless man who died after being hit by an NYPD van in Brooklyn Thursday.

Police are investigating that incident.