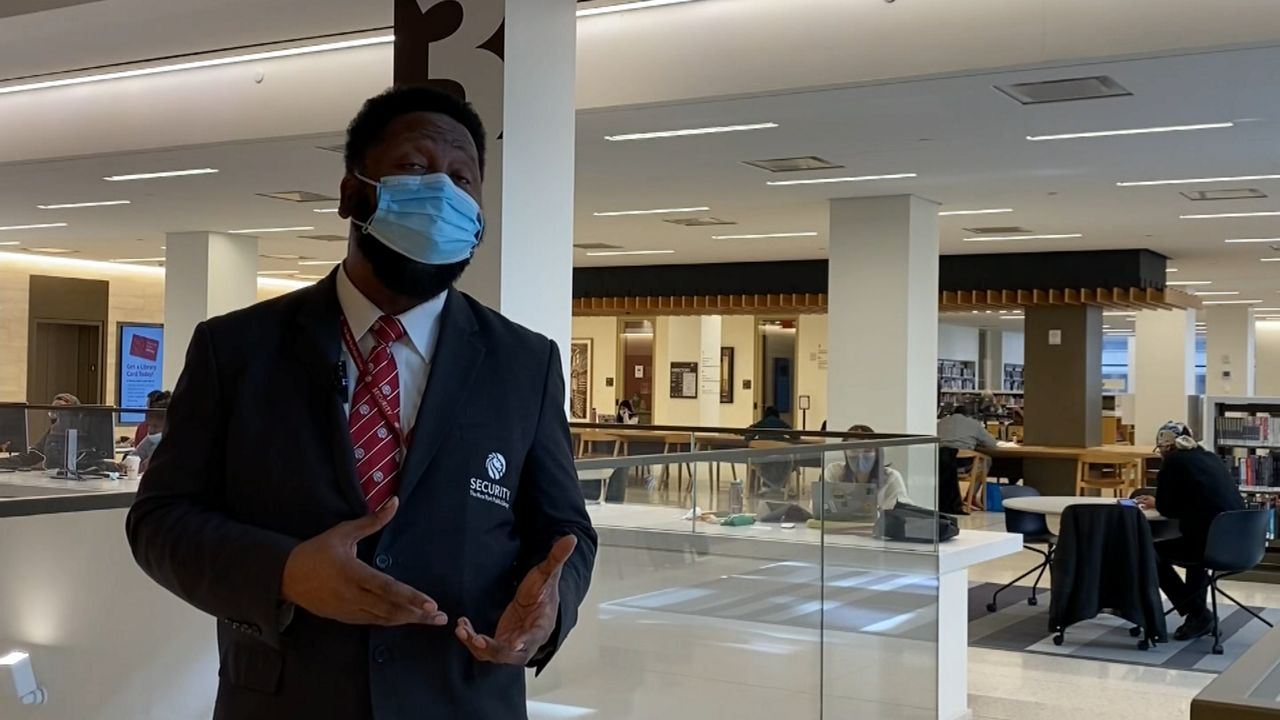 NYPD investigators say the man wanted for a string of attacks on Asian women has been caught, thanks in part to help from a library security guard. (Spectrum News NY1/Victoria Manna)

In just two hours, Steven Zajonc, 29, is accused of assaulting different women, all with one thing in common: they were Asian American.

Cephas said the suspect usually went into a bathroom where he would freshen up and change into slippers. That’s when Cephas called the police.

“I don’t like anyone disrespecting anyone else or any type of discrimination so since he was the one that was doing it, I like the fact that he was not able to do it any further,” Cephas said.

Two of the women were treated at a hospital. One was treated for injuries at the scene.

Cephas said situations like this exemplify the importance of being aware of what is going on in your surroundings.

“I just hope that they can correct the situation. Somehow people start being more alert and other people stop hating other people, period,” Cephas said.

A spokesperson for the New York Public Library said the library is proud but not surprised by the work they do every day to help the NYPD make New York City streets safer.