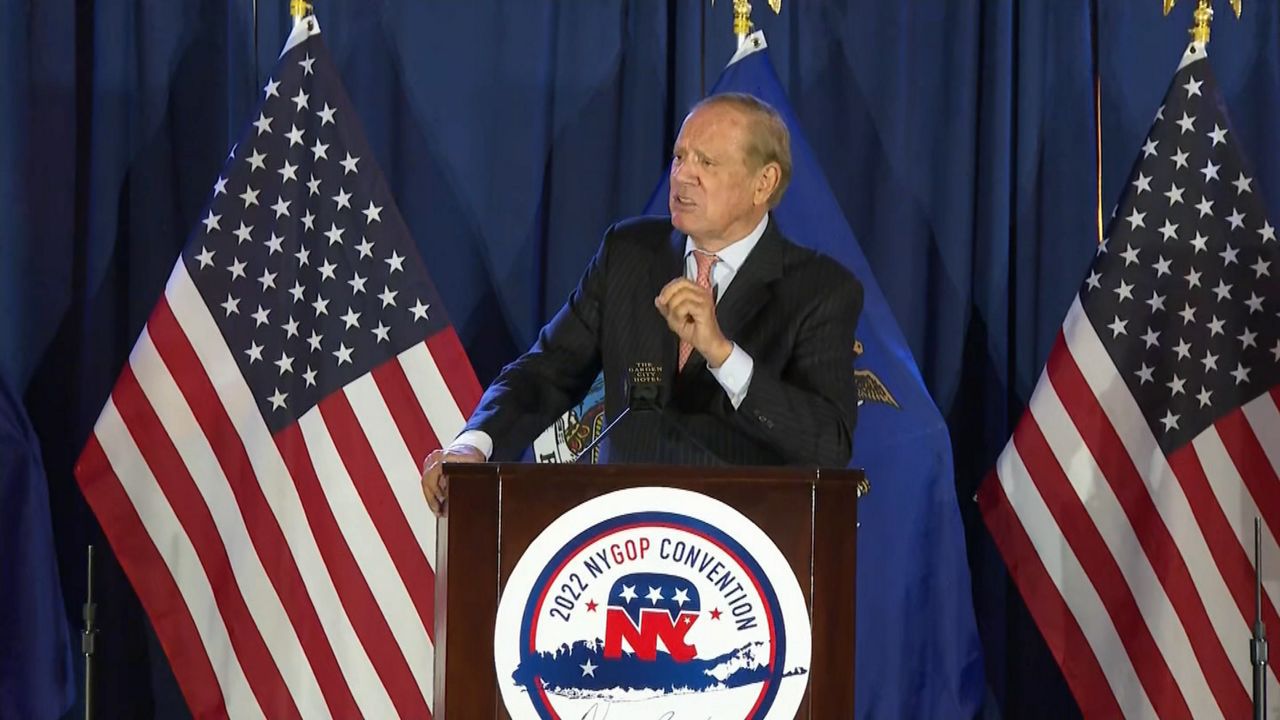 Pataki, the last Republican to win statewide, gives his party guidance on how to win again

Once a political underdog, George Pataki was welcomed like a champion at his party’s state convention.

Pataki is revered among New York Republicans as the last among them to win statewide office, doing so a generation ago in 2002 for a third term.

He insisted Monday that GOP victories in New York are not part of a bygone era, that conditions are ripe now for the same kind of upset win he had when he toppled Mario Cuomo in 1994.

“This is very much the same sense of enthusiasm and optimism and a belief that there’s a tremendous chance to win,” he told reporters.

Pataki, who led the state in the aftermath of the 9/11 terror attacks, was known as a political moderate, moderate, particularly after his first term.

Still, in a time of hyper-partisanship, he used his speech to pointedly attack Democrats.

“We have a weak president who has failed to defend our allies at times of desperate need,” he said of President Joe Biden.

He called several state Democrats “a parade of criminals or bad actors that have embarrassed this state.”

And he had guidance for his fellow Republicans, reminding them they can’t win with GOP votes alone.

“Our policies are right not just for Republicans, not just for the middle-class or white or rural people,” he said. “Urban Americans, Latinos, African Americans, they are the ones who are most suffering from these failed policies.”

His outreach to minorities included making this case at the convention: “If you are a wealthy suburbanite whose kids go to a private school where you pay $60,000 to get a bad education, the failed system doesn’t bother you. But if you’re trapped in Harlem or Bedford-Stuyvesant, we are denying your kids a future.”

The remark came despite Republicans choosing to host their gathering in Garden City, a relatively wealthy corner of the Long Island suburbs.