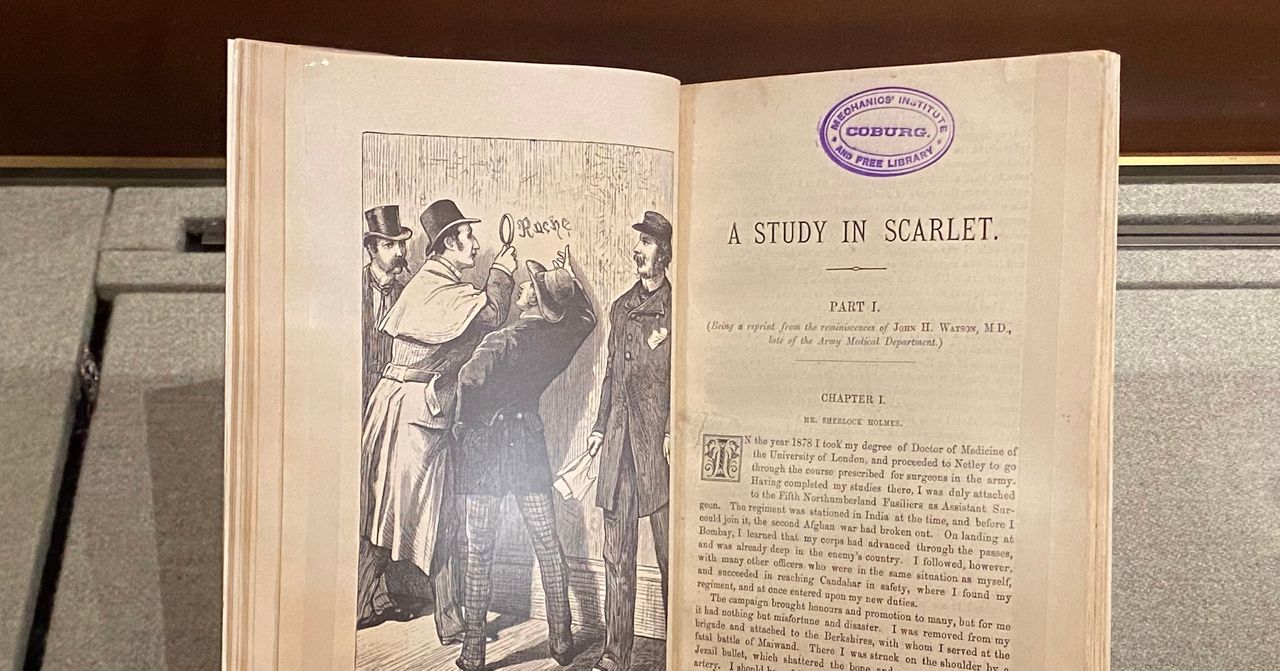 Sherlock Holmes first appeared in 1887 along with friend and associate Dr. John Watson in the novel "A Study in Scarlet." (Photo by NY1/Roger Clark)

In fact, he has collected nearly 8,000 books, manuscripts and artworks connected to Holmes, who first appeared in 1887 along with friend and associate Dr. John Watson in the novel "A Study in Scarlet."


"Think of another character who has had this kind of widespread notoriety and this kind of durability,” said Miranker, who curated "Sherlock Holmes in 221 Objects," an exhibition at The Grolier Club on the Upper East Side.

The number 221 is a notable one, as Holmes' address in the stories is 221B Baker Street in London.

Among the highlights are original pages of the manuscript for "The Hound of the Baskervilles," which were displayed in bookstore windows to promote its publishing. 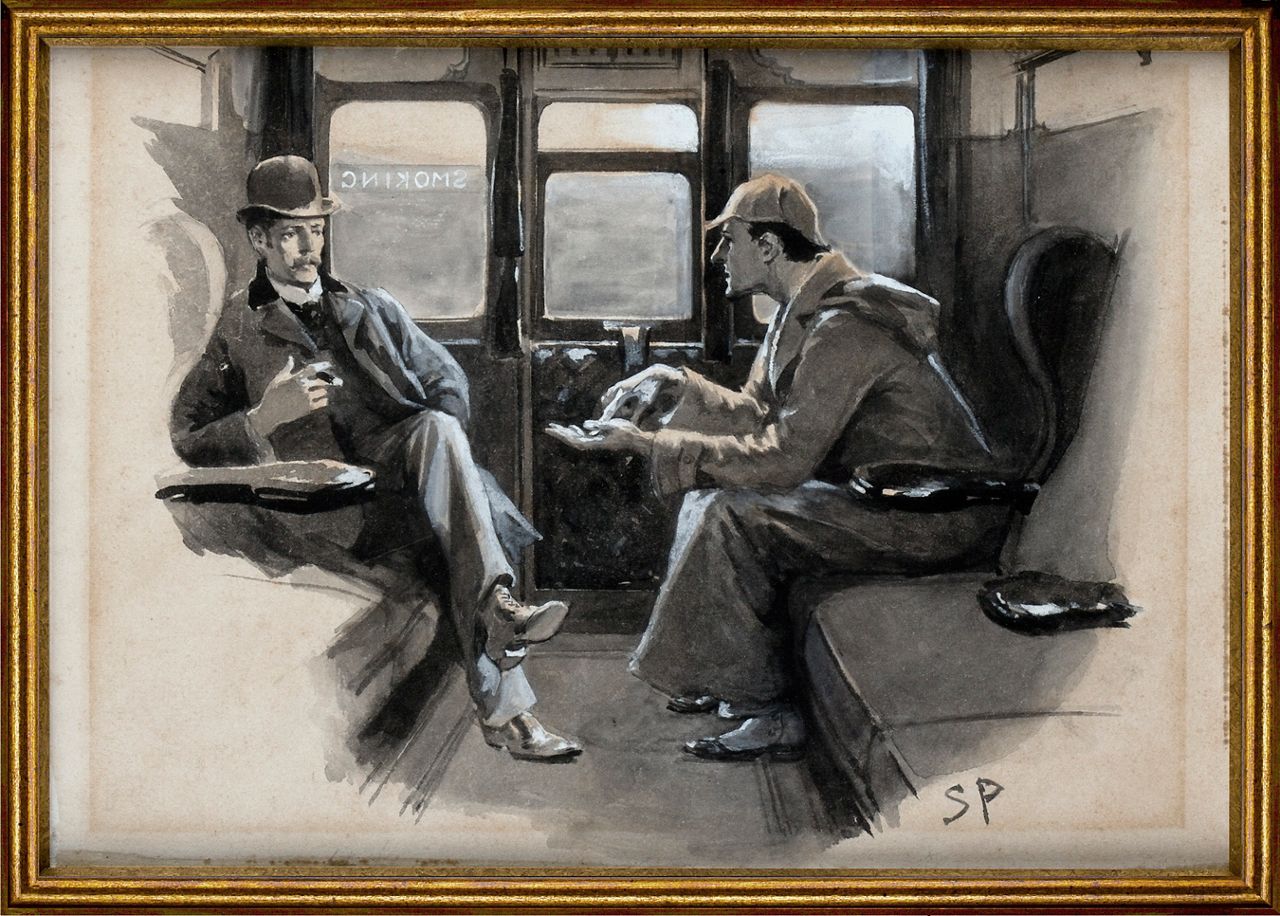 Other pieces of the collection include signed copies of books and letters.

Miranker grew up reading Holmes stories, rediscovered them in college, and initiated his collection in graduate school. So why Holmes?

“We have these mythic figures of good and evil, we have this one character who simply does things we cannot do,” said Miranker, who was chief technology officer with Apple before retiring.

He has also collected a number of pirated copies of Holmes stories, made prior to international copyright laws taking effect in the United States. In some cases the books had nothing to do with Holmes and Conan Doyle didn't receive a cent, but they were inexpensive.

"A legitimately published hardbound book cost the equivalent of a day’s pay for a laborer, but these pirated books - particularly the paperback versions - were a dime, a quarter, 35 cents,” said Miranker.

They are all part of the development of a character who has been featured in a myriad of books, on stage, and in TV and movies over the years. So what will visitors deduce from all of this?

"I would hope they find a reasonably coherent story other than the stories in the books,” said Miranker.

Visitors can investigate on their own at the Grolier Club on East 60th Street through April 16.