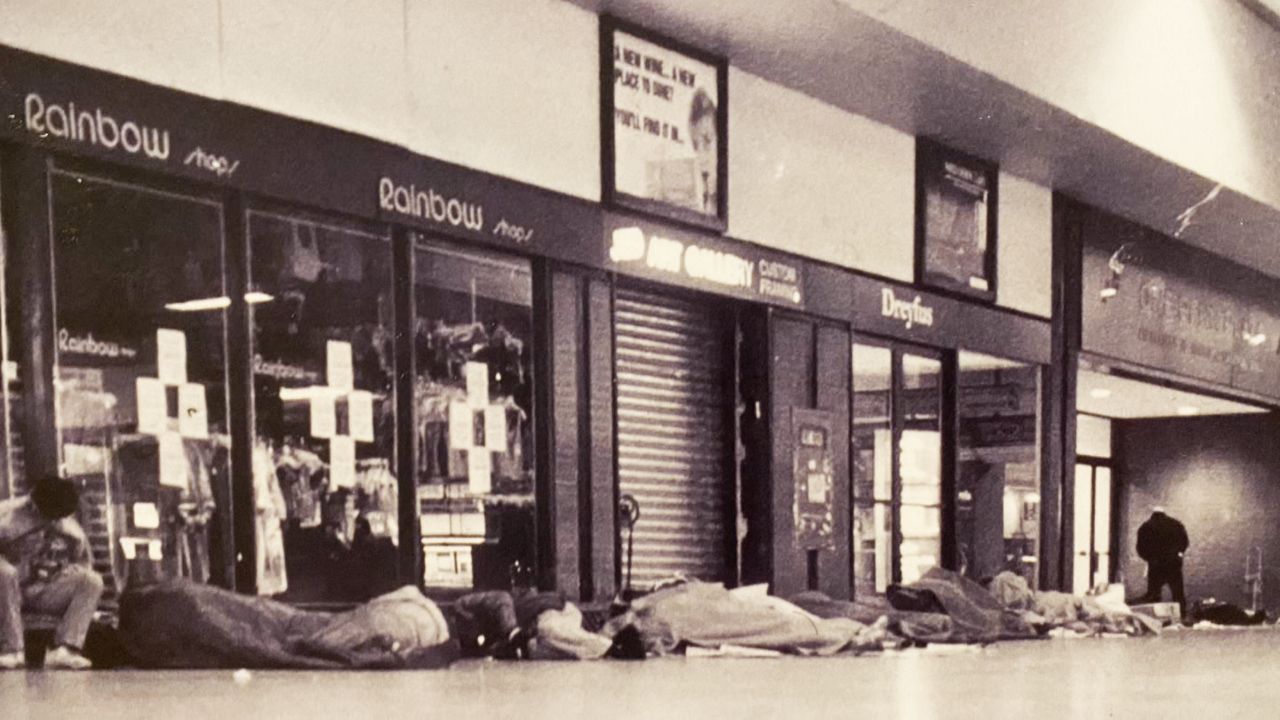 New exhibit tells the stories of NYC's homeless through art

NEW YORK — Four residents from the Park Avenue Shelter for Homeless Women are immortalized in plaster busts through an art work called Ernestine and Three Friends.


It’s the 1992 creation of Artists John Ahearn and Rigoberto Torres, part of an innovative public art project born to address the city's homeless crisis that exploded in the 1970s and early 80s.

"It gave them the opportunity to really speak out on issues that effected them profoundly like homelessness and domestic violence and HIV Aids and other issues,” said Rebecca Klassen, Associate Curator of Material Culture, New-York Historical Society of The Artist and Homeless Collaborative.

It was founded by Artist Hope Sandrow and connected women from the Upper East Side shelter with artists, curators and activists to help them tell their stories. It's the focus of an exhibition at the New-York Historical Society. Klassen, who co-curated the exhibition, said it looks at the history of modern homelessness. 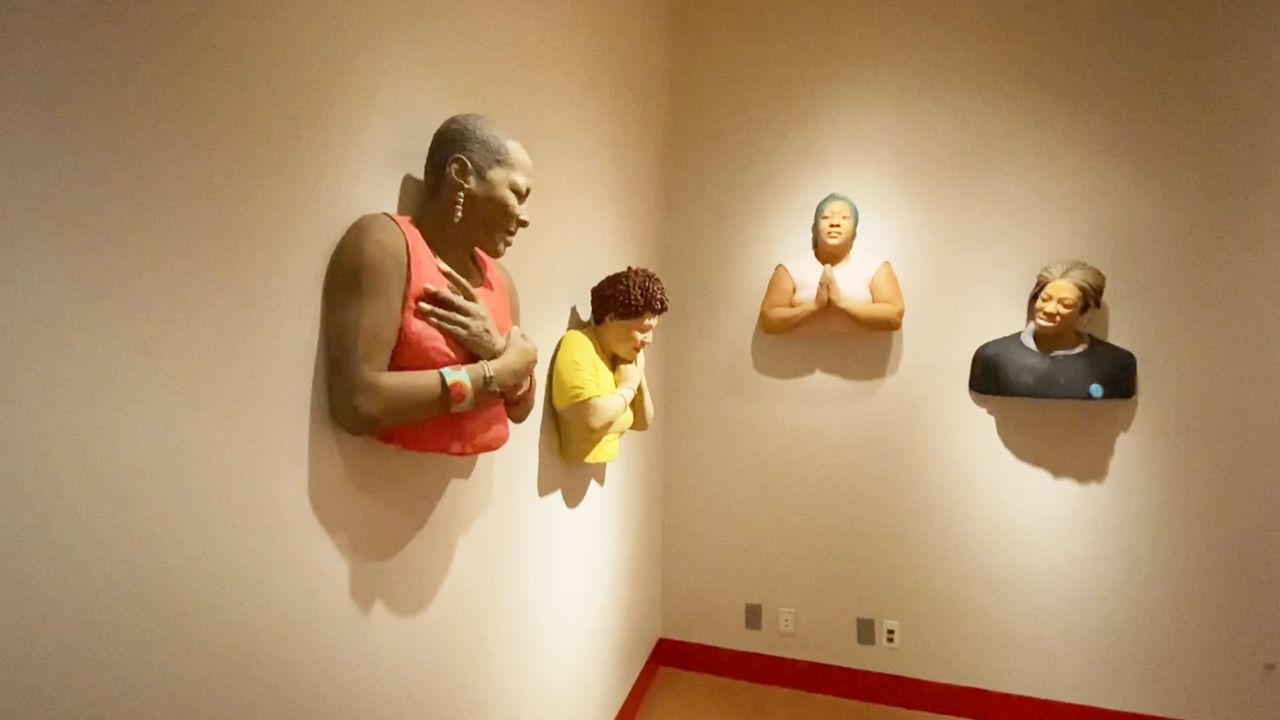 "Ernestine and Three Friends" on display at the New-York Historical Society. (NY1 photo)

"People commonly referred to people experiencing homelessness as bums, derelicts, and it was the result of activists and advocates to claim the word homeless and to change perceptions of who was homeless,” said Klassen.

On display is work created through the collaborative with artists and activists like the Guerrilla Girls. Women from the program created red ribbons for Visual Aids, symbols of awareness and support for people living with HIV.

While the collaborative ended in 1995, there are examples of how other organizations remained committed to their vision. That’s pivotal since the number of New Yorkers living in city shelters has more than doubled since the Mid-1990s.

"Sometimes these strategies are kind of forgotten and it's good to remind people of some of these very creative strategies that people took to address the issues of their day and maybe people can be inspired to take action in the present,” said Klassen.

Art for Change will be on exhibit at the New-York Historical Society through April 3.