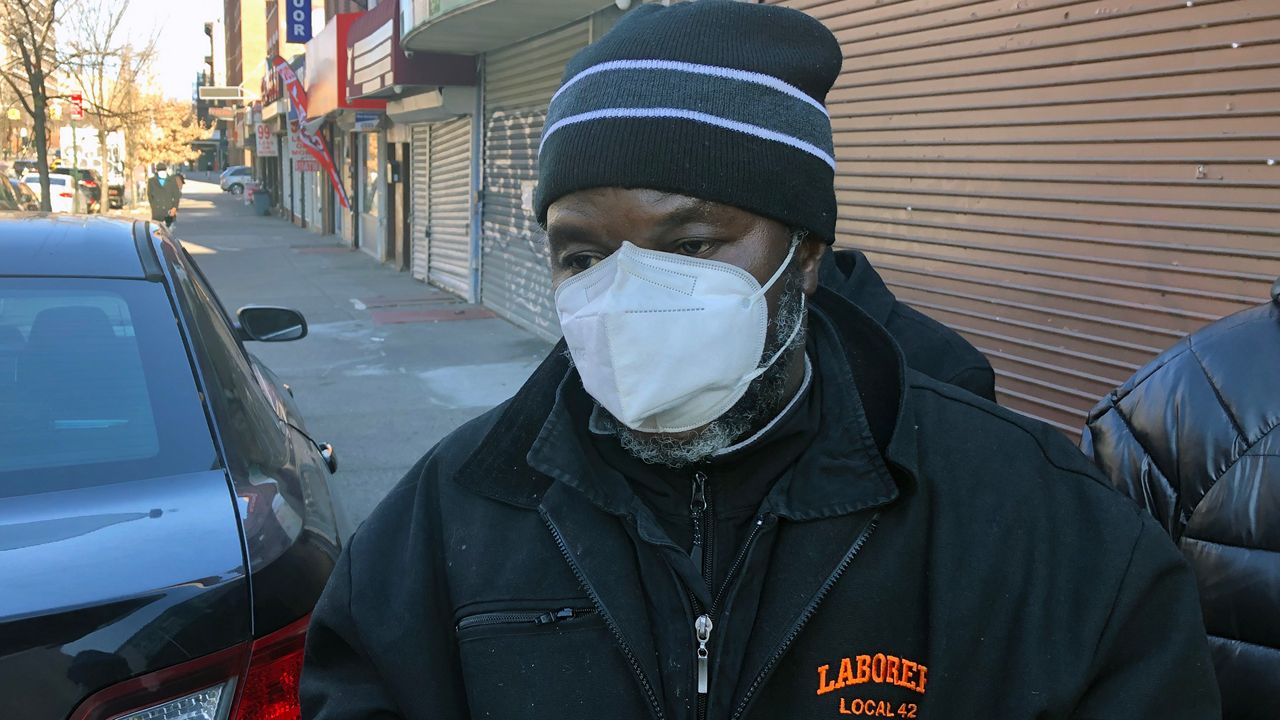 Ishak Drammeh’s wife and three children died in Sunday’s fire in the Bronx. As of Tuesday afternoon, he had not been able to see the bodies or pictures of three of his deceased loved ones, although he was told they died.

Drammeh says he was out of town working when the fire broke out at the Twin Parks apartment building in the Fordham Heights neighborhood. He and his family lived on the 15th floor of the building. The 15th floor received a lot of smoke from the blaze which started on a lower floor. The FDNY said a stairwell door on the 15th floor that was supposed to close automatically didn’t and allowed the smoke to fill that hallway and apartments.

Although he is heartbroken, his Muslim faith teaches him that his family is in a better place and no one should question Allah.

“To be honest with you, I know we all came from Allah, God almighty, and we are all going back to the almighty,”  he said. “I try to deal with it, but it’s hard. I love my wife, I love my kids, but when Allah give something, he takes it, give everything to take it. We can’t do nothing about it, but to praise him and thank him on top of it.”

Haji Dukuray, his wife Haja, and their three children died in the Bronx fire on Sunday. Family members tell me it will be difficult burying five relatives at the same time. @NY1 is speaking to several family members and friends of the victims. pic.twitter.com/kSp19Ixk8w

Another uncle,  Adama Dukuray, reflected on times spent with his great-nieces and great-nephews.

Many of the victims were Gambian: the parents immigrants from West Africa, but their children born in the United States. Family members now have to make a tough decision on whether to bury their loved ones in the New York area or fly the bodies back to Gambia for final resting places there.

“One of the biggest challenges we are seeing is how can we as the Dukuray clan handle this emotionally having five dead bodies to bury,” said Haji Dukuray. “That is a question that none of us have the answer to at this point.”

Although it is an emotional and daunting task, some funerals are expected to happen by the end of the week as scores of mourners will say goodbye to those who died in the fire.