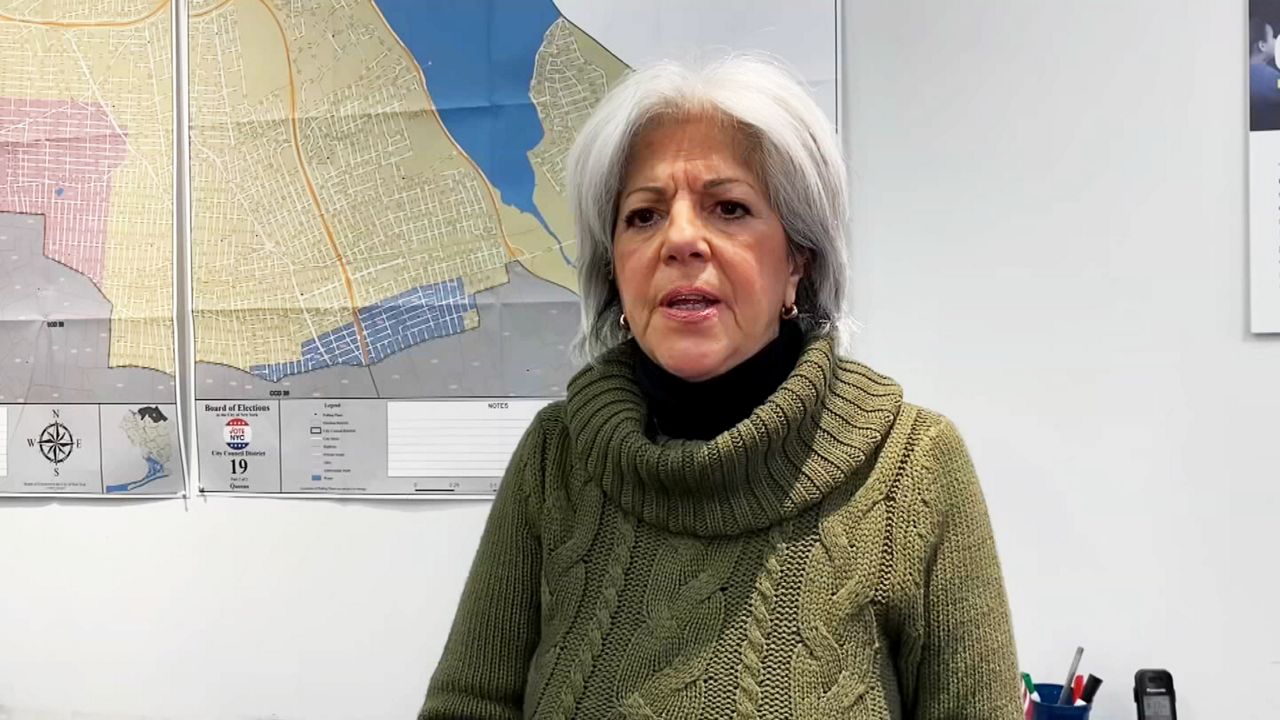 GOP councilwoman refuses to disclose vaccination status, even if it means she's barred from chambers

“It’s just nobody’s business whether I am or not. See, it’s called medical freedom,” she said, stressing that she’s anti-mandate, not anti-vaccine.

“I don’t need to show you my papers. This is not Nazi Germany,” the newly elected Queens Republican said.

Today was my first day as an active member of the City Council. Unfortunately, I was barred from the chamber floor due to my refusal to submit vax status to the city. Our government is now interfering with a duly elected representative's right to access the mechanisms of office. pic.twitter.com/AA9gvfV2zR

She said she avoided creating a scene out of respect for Adams, but tweeted a warning: “Going forward, if anyone has a problem with me in the chamber, they will have to remove me.”

Paladino, who helped the GOP conference grow to five from three by flipping the district that includes Whitestone and Bayside, told NY1 she’s actually not raring for a fight.

But vaccine mandates outrage her. She argued they’ve cost livelihoods. She said she trusts everyday New Yorkers’ common sense, and the surge the city is dealing with now is not the surge it confronted in 2020.

“Look, are people dropping dead to the left and the right of you? No, they’re not,” she said, adding of mandates: “Stop, stop. Enough.”

Paladino pushed back with anecdotal evidence when NY1 noted that the inoculated have less serious cases if they do get infected.

Vaccination is a condition of employment for city workers, and City Council employees cannot work at City Hall or council offices unless they have proof of vaccination.

“There will be no exceptions absent a valid request for a medical or religious exemption,” said a council spokesperson, adding that the health and safety of the members and their staff are the highest priority.

Paladino is not new to COVID-19 controversy. In December 2020, video of her in a maskless conga line at a local GOP holiday party was widely seen.

She told NY1 she herself has battled the virus.

“That experience getting COVID didn’t change your mind about whether you yourself should get the jab?” a NY1 reporter asked her.

Paladino said she can stomach masking requirements and supports a testing option.

NY1 asked her how the standoff over her vaccination status would end. Paladino said she’s hoping for a compromise.